A pair of trainers worn by the US basketball star Michael Jordan have sold for a record $2.05 million ($US1.47m) at auction. 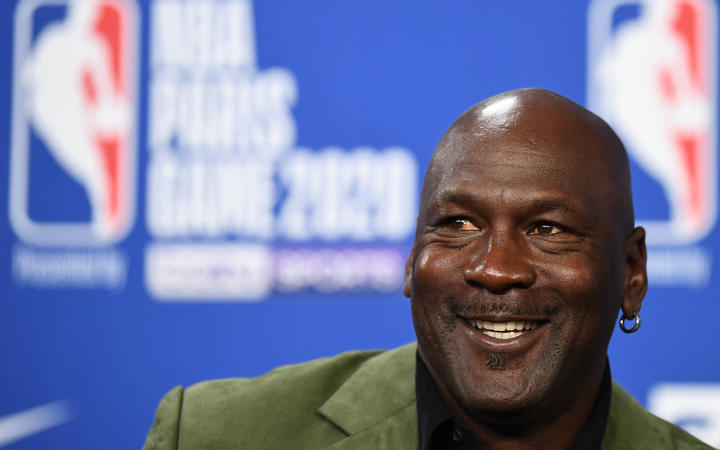 A pair of sneakers worn by NBA superstar Michael Jordan early in his career sold for nearly $1.5 million on October 24, 2021, setting a record price at auction for game-worn footwear, Sotheby's said. Photo: AFP or licensors

Jordan used the pair of red and white Nike Air Ships during his first season with the Chicago Bulls in 1984.

That was the year he and Nike began their collaboration to create his signature brand of clothes and shoes.

The price is the highest ever paid for game-worn footwear from any sport.

#AuctionUpdate The most valuable sneakers ever offered at auction—Michael Jordan's regular season game-worn Nike Air Ships from 1984—have just sold at $1,472,000 in our luxury sale in Las Vegas. #SothebysxMGM pic.twitter.com/OlxvZ1ETML

Jordan is seen by many as the best player in the history of basketball.

The shooting guard, who spent most of his career with the Chicago Bulls, became a global icon and helped raise the NBA's profile around the world.

Jordan, who retired in 2003, also became the first billionaire player in NBA history.

"This record-breaking result for the Jordan Nike Air Ships affirms the place of Michael Jordan and the Air Jordan franchise at the pinnacle of the sneaker market," said Sotheby's Brahm Wachter after Sunday's auction in Las Vegas.

The signed trainers were bought by Nick Fiorella, a well-known collector.

Before the auction, they had been estimated to sell for between $US1m and $US1.5m.

They are, however, not the most expensive trainers ever sold. That record belongs to the rapper Kanye West, whose Nike Air Yeezy 1 Prototypes fetched $US1.8m via a private sale in April.

The record price for trainers has been broken several times in recent years, and the market now attracts interest from general buyers as well as leading collectors.