Opinion - It has been a year since I started watching the 2019-2020 NBA season. As with most things that occurred in 2019, it feels like several years have now passed. That's not because this season was boring, far from it. 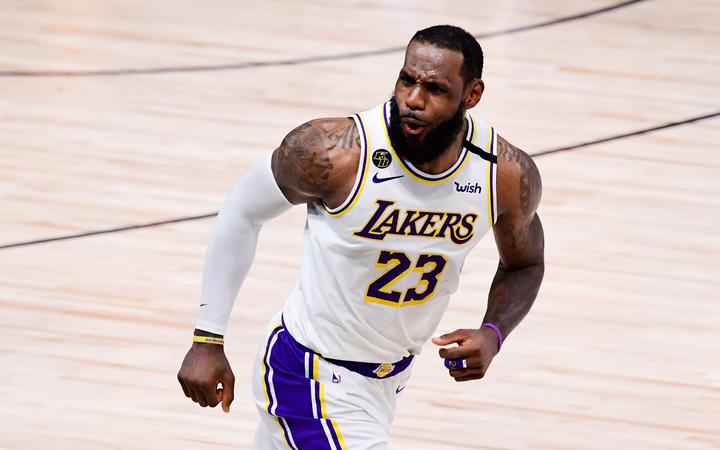 There was action a plenty, a mid-season death, a global catastrophe (still ongoing), political unrest (also still ongoing), and one of the great basketball underdog stories in the Miami Heat.

Though players must be absolutely exhausted, fans can equally site a needed vacation. Even by Peter Jackson's standards, this has been a long watch.

If the NBA was particularly sadistic, and kept the same schedule as normal, the 2020-2021 season would be starting next weekend.

While the official starting date, like so much of this year, is still up in the air, at least one constant has been restored - in basketball, LeBron James is King.

By leading the Los Angeles Lakers to their record-tying 17th championship, capturing both his fourth ring and finals Most Valuable Player (MVP) award in the process, "King James" became the first player in history to win titles with three different organisations (Miami, Cleveland, LA).

It immediately re-ignited the debate as to whether he or Michael Jordan should be seen as the G.O.A.T (Greatest Of All Time).

I'm not getting into that here. RNZ doesn't have that kind of budget, and the internet comments would just overwhelm the staff.

But, as basketball fans, it's worth appreciating the context of what LeBron has managed to accomplish.

He is 35-years-old, or 65 in sports years. An injury last season meant he missed the playoffs for only the third time in his career, and the first since his sophomore year way back in 2005. That made this, his 17th year, pivotal.

He had to prove he'd recovered from his injury, was still a current star not simply entering his twilight period, while leading the most famous basketball team in the world.

And that was before Kobe and Gianna Bryant died.

Their sudden tragic deaths in January gave an immediacy to LA's season beyond LeBron's own pressures. Because, while he may be "King James - the player of his generation", in LA he's simply their current "player of their generation".

Against him was a Western Conference filled with superstar players, and finally, poetically, the organisation and coach he won his first two titles with.

All fell before the King, and LA never lost three games in a series.

LeBron led the league in assists, and now has fans wondering if he will become the first player to finish his career with 30,000 points, 10,000 rebounds and 10,000 assists.

He'll still need a couple more seasons to get there, but age is just another opponent to dunk on. Watching him try will be a guaranteed sporting highlight the next few years.

Of all the many records LeBron James now owns, there is one that even he might consider "pretty cool".

He is now one of only four men, in the entire history of basketball, to win four MVP awards and four titles. The other three? Bill Russell, Kareem Abdul-Jabbar, Michael Jordan - three of the most important names not only in basketball, but in all American sport.

*James Nokise is a Billy T Award-shortlisted New Zealand comedian, and a 30-year fan of the NBA.