US real estate heir Robert Durst, subject of HBO crime documentary series The Jinx, has been hospitalised with Covid-19 just days after he was sentenced to life in prison. 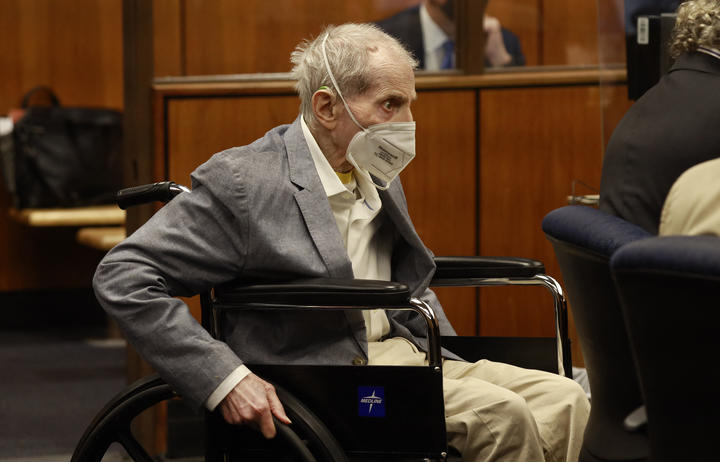 US real estate heir Robert Durst, who was jailed for murder earlier this week, has been hospitalised with Covid-19. Photo: AFP

Durst was found guilty on Thursday of killing his best friend Susan Berman in 2000.

He murdered her to stop her talking to police about his wife's disappearance. Police believe he killed two others.

Durst, who has numerous medical issues, is on a ventilator, his lawyer said.

He "looked worse than I've ever seen him", Dick DeGuerin told the Los Angeles Times.

It is not clear where the 78-year-old is being treated.

His sentence for first-degree murder excludes any possibility of parole.

Durst's wife Kathleen McCormack, a medical student, went missing in 1982 and is presumed dead. He was never charged over her disappearance.

Black had discovered Durst's identity in 2001 while Durst was hiding in Texas and pretending to be a mute woman.

Durst was acquitted of murdering Black, successfully arguing he had killed him on the grounds of self-defence before cutting up the body.

Durst is an estranged member of one of New York's wealthiest and most powerful real estate dynasties. His brother Douglas Durst, who testified at the trial, told the court: "He'd like to murder me."

At the end of The Jinx series, Durst is heard muttering to himself: "What the hell did I do? Killed them all, of course."

Hours before the last episode aired in March 2015, authorities arrested Durst in New Orleans for Ms Berman's murder. Jurors were played the clip during the trial.