NSW has become the first state with 80 percent of its eligible adult population fully inoculated against Covid-19. 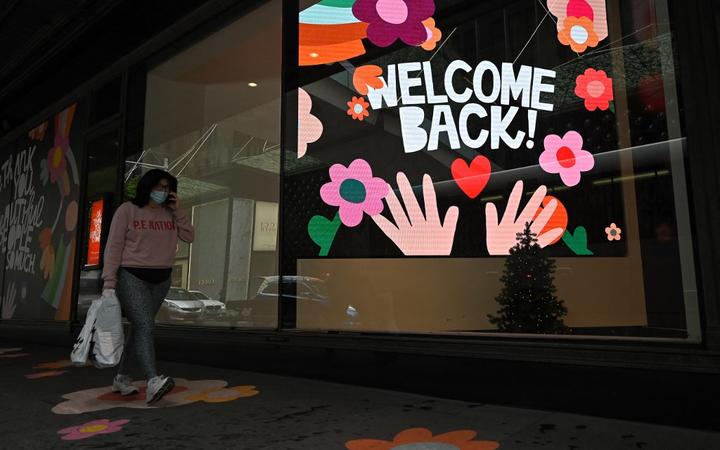 A woman walks past a welcome back sign in the window of a Sydney store after stay-at-home orders were lifted across NSW. Photo: AFP

Perrottet said it had been a long wait but it felt good to be "breaking this news".

He also thanked healthcare professionals and the residents of NSW.

"A huge thanks to all the nurses and the vaccination hub staff at NSW Health, the GPs, the pharmacists and every person in our state who rolled up their sleeve to get us here," he said.

Under the government's Covid-19 roadmap, more freedoms would be allowed on the Monday after the state hit its target.

It now means from Monday, the rules around 80 percent will take effect which allow for freedoms including more visitors to people's houses, an increase to people gathering outdoors and outdoor ticketed events.

From Monday, masks will no longer have to be worn in offices, community sports can resume and nightclubs can reopen. 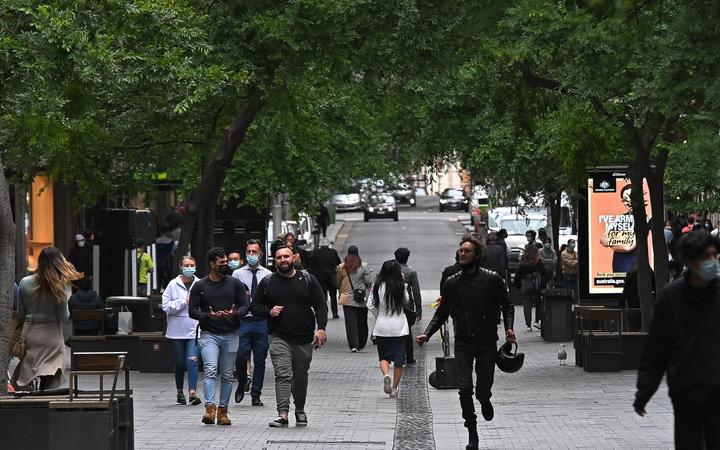 Rules are about to be relaxed further in New South Wales. Photo: AFP

"Help keep you, your family and your community safe by getting vaccinated today."

Other social media users had mixed reactions to the premier's announcement.

While some were excited by the news others were concerned about the restrictions on the unvaccinated.

One user wrote that the community had been segregated and he wouldn't be celebrating until he could see family and friends regardless of their vaccination status.

Another wrote: "Any chance of letting the unvaxxed out to play a bit earlier?"

The delay of travel to the regions, promised at 80 percent, was also an issue for social media users with some calling for it to be reinstated.

The government suspended travel due to the low vaccination rates in some parts of regional NSW.

Earlier today, the number of double-vaccinated people allowed at upcoming racing events was increased to 10,000.

It means the next four Spring Racing Carnival meetings, which includes Melbourne Cup Race Day, will be able to operate at this capacity.

Minister for Better Regulation and Innovation Kevin Anderson made the announcement at the Everest race, the first big event for NSW out of lockdown and the first with the 10,000 crowd limit.

He said today's race was setting the benchmark on how to operate safely.

"There's no doubt we're coming out of a very dark time through the pandemic and lockdown, and to be able to be on course today with 10,000 people, we are setting the benchmark," Anderson said.

"We are setting the platform on how to operate safely, on how to get people out and about, how to get them socialising not only on an economic perspective but a mental health perspective."