Rising seas are already making storm damage more costly, adding to the impact on about 700 million people who live in low-lying coastal areas at risk of flooding. 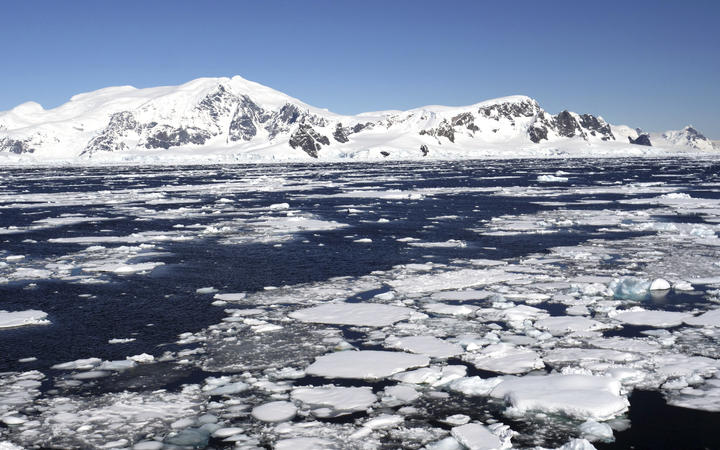 Scientists expect sea-level rise will exacerbate the damage from storm surges and coastal floods during the coming decades. But predicting just how much and how fast the seas will rise this century is difficult, mainly because of uncertainties about how Antarctica's ice sheet will behave.

But in our new research, we show the widespread collapse of the West Antarctic Ice Sheet is avoidable if we can keep global warming below the Paris target of 2C.

In West Antarctica, the interior of the ice sheet sits atop bedrock that lies well below sea level. As the Southern Ocean warms, scientists are concerned the ice sheet will continue to retreat, potentially raising sea level by several meters.

When and how quickly this process could happen depends on a number of factors that are still uncertain.

Our research better quantifies these uncertainties and shows the full impact of different emissions trajectories on Antarctica may not become clear until after 2100. But the consequences of decisions we make this decade will be felt for centuries.

A new approach to projecting change in Antarctica

Scientists have used numerical ice-sheet models for decades to understand how ice sheets evolve under different climate states. These models are based on mathematical equations that represent how ice sheets flow.

But despite advances in mapping the bed topography beneath the ice, significant uncertainty remains in terms of the internal ice structure and conditions of the bedrock and sediment below. Both affect ice flow.

This makes prediction difficult because the models have to rely on a series of assumptions, which affect how sensitive a modelled ice sheet is to a changing climate. Given the number and complexity of the equations, running ice-sheet models can be time consuming, and it may be impossible to fully account for all of the uncertainty.

To overcome this limitation, researchers around the world are now frequently using statistical "emulators". These mathematical models can be trained using results from more complex ice-sheet models and then used to run thousands of alternative scenarios.

Using hundreds of ice-sheet model simulations as training data, we developed such an emulator to project Antarctica's sea-level contribution under a wide range of emissions scenarios. We then ran tens of thousands of statistical emulations to better quantify the uncertainties in the ice sheet's response to warming.

To ensure our projections are realistic, we discounted any simulation that did not fit with satellite observations of Antarctic ice loss over the last four decades.

By 2300, under high emissions, the Antarctic ice sheet contributed more than 1.5m more to global sea level than in the low-emissions scenario. This is because the West Antarctic Ice Sheet collapses.

The earliest warning sign of a future with a multi-metre Antarctic contribution to sea-level rise is widespread thinning of Antarctica's two largest floating ice shelves, the Ross and Ronne-Filchner.

These massive ice shelves hold back land-based ice, but as they thin and break off, this resistance weakens. The land-based ice flows more easily into the ocean, raising sea level.

In the high-emissions scenario, this widespread ice-shelf thinning happens within the next few decades. But importantly, these ice shelves show no thinning in a low-emissions scenario - most of the West Antarctic Ice Sheet remains intact.

The goal of the Paris Agreement is to keep warming well below 2C. But current global government pledges commit us to 2.9C by 2100. Based on our emulator projections, we believe these pledges would lead to a 50 percent higher (70cm) Antarctic contribution to sea-level rise by the year 2300 than if warming remains at or under 2C.

But even if we meet the Paris target, we are already committed to sea-level rise from the Antarctic ice sheet, as well as from Greenland and mountain glaciers around the world for centuries or millennia to come.

To avoid the worst impacts on coastal communities around the world, planners and policymakers will need to develop meaningful adaptation strategies and mitigation options for the continued threat of sea-level rise.

*Authors: Dan Lowry is an ice sheet and climate modeller at GNS Science; Mario Krapp is an environmental data scientist at GNS Science; Nick Golledge is the professor of glaciology at Te Herenga Waka, Victoria University of Wellington.