US drug regulators have approved Pfizer booster vaccines for people over 65 if they had their last shot at least six months ago. 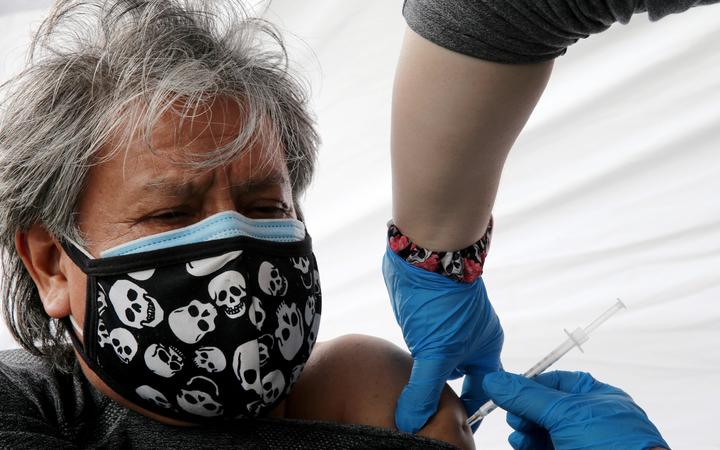 A woman is vaccinated at a centre in Los Angeles. Photo: 2021 Getty Images

The Food and Drug Administration (FDA) has also authorised adults at higher risk of severe illness and who work in frontline jobs to get the booster jab.

It means tens of millions of Americans are now eligible for their third shot.

However, the boosters still need approval from the Centres for Disease Control and Prevention (CDC).

Independent panels from the CDC are holding meetings this week, and are expected to endorse the move quickly, US media report.

The panels' decisions will include recommendations on who qualifies as high risk, and which frontline workers should be eligible.

For its part, the FDA says "health care workers, teachers and day care staff, grocery workers and those in homeless shelters or prisons" should be on that list, acting FDA commissioner Janet Woodcock said in a statement.

The FDA move is a victory for President Joe Biden, who had promised that booster vaccines would be available from this month as long as they received approval from the FDA and CDC.

For now, the decision only applies to Americans who have been vaccinated with the Pfizer-BioNTech jab. Millions of Americans who received Moderna and Johnson & Johnson jabs will have to keep waiting for further booster approval.

In the UK, the government has announced that it will offer boosters to everyone over 50 and to other vulnerable people as it heads towards the winter months.

Germany, France and the Czech Republic have announced similar plans for older or vulnerable people. In Israel, boosters are already being offered to children as young as 12. 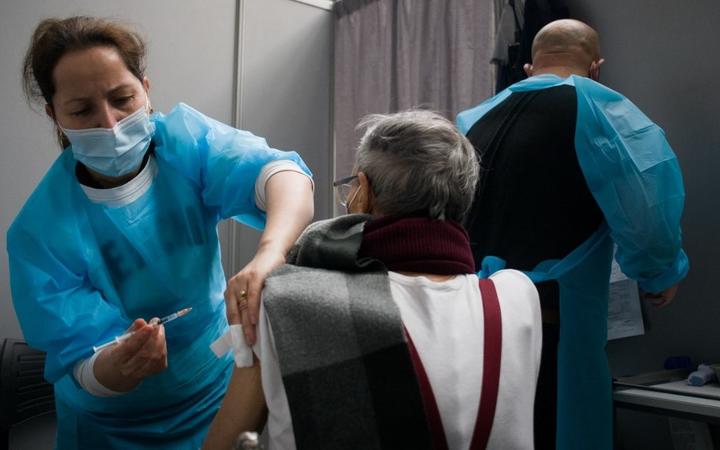 A health worker administers a vaccine in Paris. France is among countries that have decided to offer booster shots to older people. Photo: AFP

The World Health Organisation (WHO) has called on wealthier nations to hold off on providing booster shots until vaccination rates go up in lesser developed countries.

"There are countries with less than 2 percent vaccination coverage, most of them in Africa, who are not even getting their first and second dose," WHO Director-General Tedros Adhanom Ghebreyesus said last week.

"And starting with boosters, especially giving it to healthy populations, is really not right."

At a UN speech on Wednesday, Biden pledged to donate 500 million vaccine doses to poorer countries in 2022. Despite the lofty promise, a fraction of the donations that have been pledged by richer countries have actually been delivered to those in need.