As a stream of Pasifika ethnic specific vaccination drives open in Aotearoa, efforts are turning towards getting shots in the arms of youth. 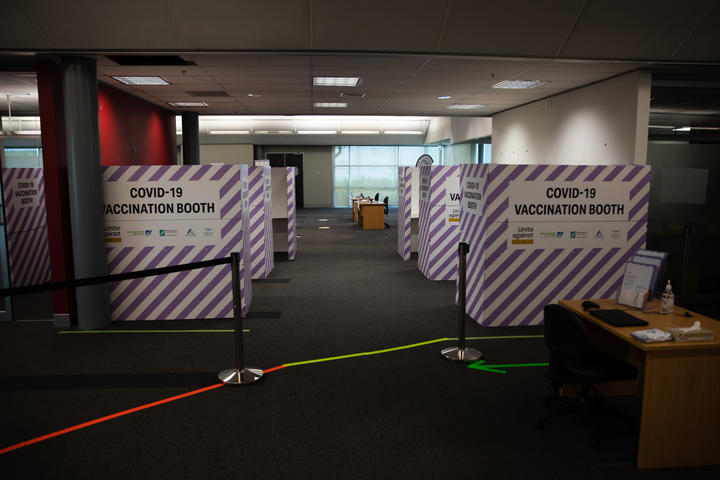 Vaccination booths for the Covid 19 vaccine at a facility in South Auckland Photo: RNZ / Simon Rogers

This means that 33 percent haven't been jabbed at all.

Hipkins admits there's a way to go in the government's equity-focused vaccine rollout.

"Those numbers are encouraging but they do show that we continue to have equity challenge that we need to work on," he said. "There's a lot more work to do."

The minister emphasised New Zealand's borders wouldn't re-open until 90 percent of the total population had been vaccinated at least once.

"When we talk about 90 percent that's not an invitation to 10 percent of New Zealanders to say 'I'll just sit back and be part of that 10 percent'," he said.

"We need everybody in New Zealand coming forward to be vaccinated."

He said only those with very good reason not to be inoculated needn't worry.

According to Ministry of Health-commissioned research released on Wednesday, Pasifika are more likely than any other ethnic group to be unsure of the importance of being inoculated.

Pasifika are the youngest population in the country, with a median age of 24.

And one in four children in Auckland identity with at least one Pacific heritage.

Fake news and laziness behind hesitancy

Lockdown is keeping them out of the classroom but Tongan immunologist Chris Puli'uvea says it's also giving them plenty of time to be on the internet and exposed to fake news and anti-vaccine conspiracies.

Puli'uvea says vaccine hesistancy is a problem and one reason for it is laziness - New Zealand has been relatively protected from Covid-19, so people think they have plenty of time to get immunised.

The other reason is misinformation - which has picked up on a natural cynicism towards authority.

"Misinformation is being published by people who claim to be vaccinologists and immunologists," he said.

"Just saying a whole bunch of complicated things that our youth don't understand, but because it sounds complicated, it therefore must be right."

"It could just be that we have a tendency to always be more critical and therefore lean toward the negative aspect of the message."

He said New Zealand can only look to its Pacific neighbours to see the fatal impact of Delta.

"Look at what happened to Fiji and French Polynesia. It's really tough. It's really bad news and we can save lives by getting ourselves protected."

Latest figures show that about one in three Pasifika haven't had a first Pfizer dose.

"We're still seeing the advertising and the messaging that talks about joining the journey, 'united we stand', 'we've got this sorted', 'we're going to be able to do this together'," he said.

He said younger Pasifika may be fed the wrong messages on social media or through word-of-mouth.

"The trick here is that no one really knows how to get to 18 to 30-year-olds, particularly Pacific.

"We need to do a lot more research and understand about what's going to work for them, what are the drivers, what's the best way of access."

Bottom line - launching a war against all forms of misinformation will get more needles into arms.

The Tongans held their vaccination drive two weeks ago, which exceeding targets of 3000 people getting jabs. 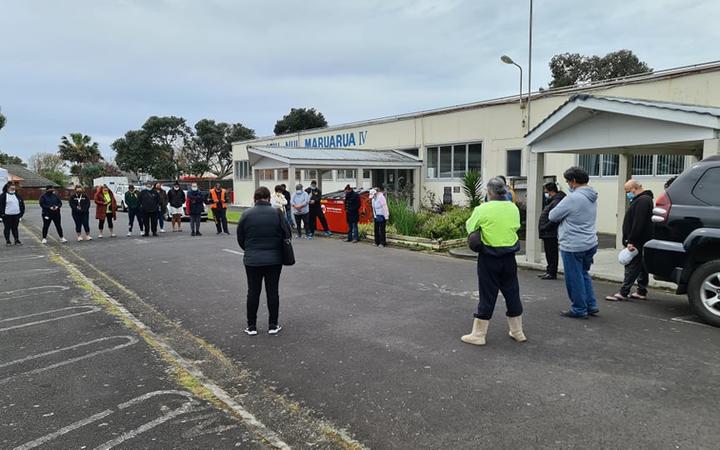 Community leaders are expecting thousands more to attend programmes this week hosted by the Cook Islands, Niue and Samoan peoples.

Samoa is the largest Pacific diaspora in New Zealand with a population around 188,000, some 120,000 of them in Tāmaki Makaurau

"I think having this, I think it's due - the time for us to now get people to get access to this vaccination station," he said. 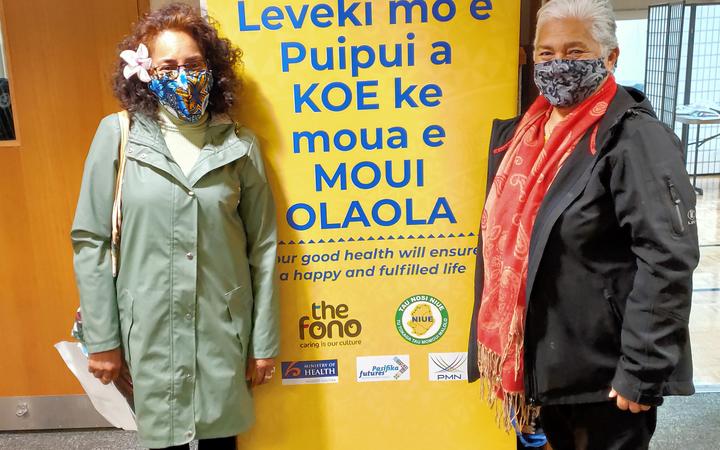 Niueans will get the opportunity to be vaccinated by Niuean health professionals at a mass vaccination event this week. Photo: Supplied

Maliaga Erick of the Niue community says despite Auckland moving to alert level 3, the magafaoa must take this opportunity to protect themselves from the deadly delta virus.

"This is another strategy for us encouraging our people to come and be vaccinated," she said.

"We have brought together doctors, Niue nurses and also the community encourage and to get our Niue people to get vaccinated."

"It's really important for the safety of everyone." 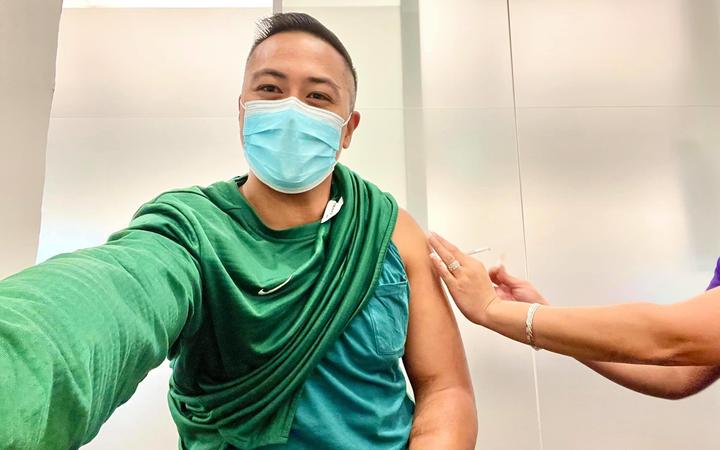 About 80,000 Cook Islanders live in Aotearoa and community leader Johnson Raela says they are excited.

"Overall, Cook Islanders are quite low in terms of vaccination numbers," he said.