Papua New Guinea authorities are preparing for a four-week lockdown in at least three provinces at the end of the month.

The move has been prompted by a spike in Covid-19 infection rates in Eastern Highlands province as well as the two provinces which sit on the border with Indonesia, Western and West Sepik. 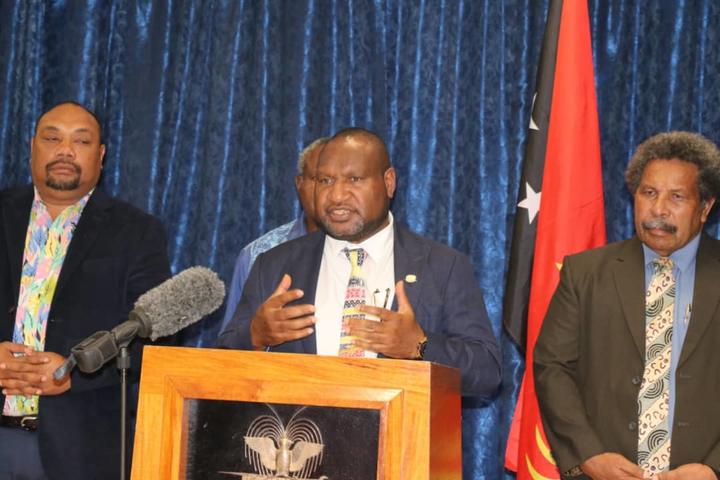 While testing for Covid-19 is limited in PNG, the delta variant was confirmed as being in the country in July, preceding a spike in patients at hospitals in these provinces.

It's understood the lockdown would begin in a week's time, and entail closure of businesses, schools and churches, and restrictions in movement.

The cabinet and PNG's pandemic advisory committee are also considering lockdowns in the National Capital District, Morobe Province, and other affected parts of the Highlands including Enga.

The containment move was hinted at by Prime Minister James Marape before he flew to New York to attend the United Nations General Assembly this week.

Marape told local media that they were seeing evidence of the Delta variant spreading across the country, and people dying as a result.

With Marape now abroad, it is expected that the acting prime minister, Soroi Eoe, will sign off on the lockdown measures before the weekend.

Since testing for Covid in PNG was scaled back in June, the available data on this third wave of the pandemic in the country has been vague.

As of Tuesday, the main agency overseeing PNG's pandemic response, the National Control Centre, said the total number of confirmed Covid cases in the country was 19,069, with the death toll at 212.

However, the limited level of testing and habitual delays in reporting of case loads from the provinces suggest the true figure of those infected is far higher.

Earlier, the Eastern Highlands Coronavirus Steering Committee enforced a blanket ban on all public gatherings due to a spike in infections and deaths.

Furthermore, West Sepik and Western continued to attempt to restrict movement of traditional border crossers back and forth to Indonesia, however capabilities to monitor the border are also limited.

Around 2 percent of the country's population have been vaccinated, according to the National Control Centre.