Red, silver and blue ruled the Metropolitan Museum of Art steps at a youth-driven Met Gala on Monday in a celebration of the best of American fashion. 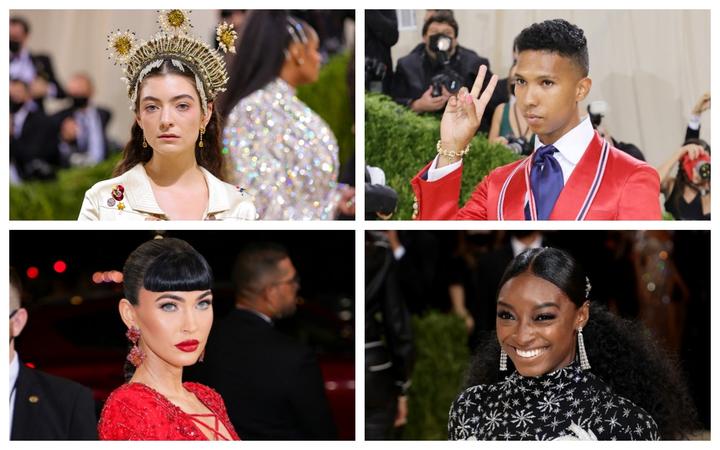 Lorde who released her third album Solar Power recently and has announced plans to tour Australia and New Zealand early next year is among those on the guest list.

During a recent interview with RNZ's Music 101 she contrasted life at home with her mum and her celebrity status as a pop star who went to a previous Met Gala where she spent several hours by herself observing the celebrities on show.

At this year's event there were show-stopping outfits from rapper Lil Nas X, wearing a Versace suit of gold armour and supermodel Iman in a stunning feathered gold and beige headdress and cage skirt as actors, singers, sports stars and social media influencers embraced the theme of American Independence. 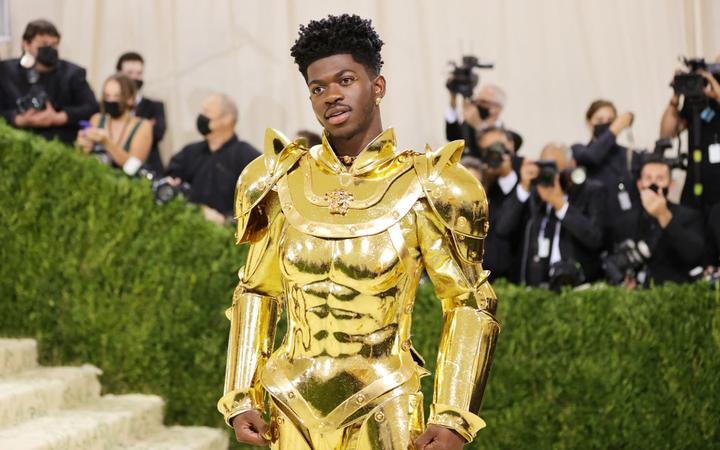 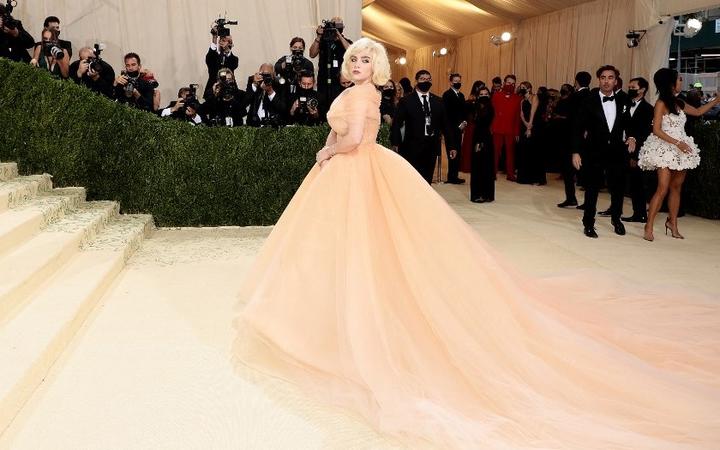 One of the night's hosts, US singer / songwriter Billie Eilish. Photo: 2021 Getty Images

The invitation-only Met Gala is a fundraising benefit for New York's Museum of Metropolitan Arts and also marks the opening of the Costume Institute's annual fashion exhibition which this year is titled In America: A Lexicon of Fashion.

Some guests took the theme more seriously than others. Jennifer Lopez sported a Western black hat over a plunging bronze gown and fur jacket, singer Leon Bridges had a white cowboy hat and fringed suede jacket, Kim Petras wore the model of a horse's head on her bust and Blondie singer Debbie Harry picked a gown inspired by the US flag.

Amid the glamour, some guests highlighted social issues.

Soccer player Megan Rapinoe carried a clutch bag with the words "In gay we trust," while Schitt's Creek actor Dan Levy opted for a bold, puff-sleeved creation featuring an artwork on the front that showed two men kissing.

Alexandria Ocasio-Cortez, the 31 year-old Democratic Congresswoman from New York, had Tax the Rich written in red across the back of her white gown.

"It's time we bring all classes into the conversation about having a fairer country," Ocasio-Cortez said about the slogan.

Like Ocasio-Cortez, many of the celebrities were first-timers at the Met Gala, including YouTuber Emma Chamberlain, Tik Tok star Addison Rae, musician Chance the Rapper, singer Olivia Rodrigo and Game of Thrones actress Maisie Williams.

Last year's Met Gala was cancelled because of the coronavirus pandemic, and Monday's gathering was about a third smaller than usual with about 300 guests, with proof of vaccination required, though they did not wear masks while posing upon their arrival.

Here's a photo gallery of some of the stars who are attending: 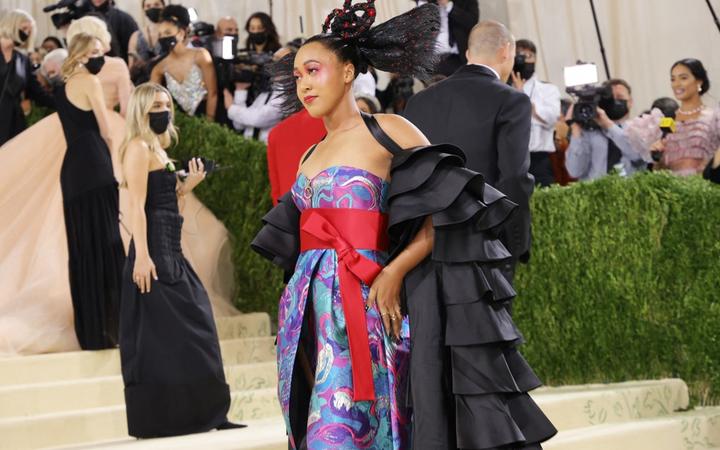 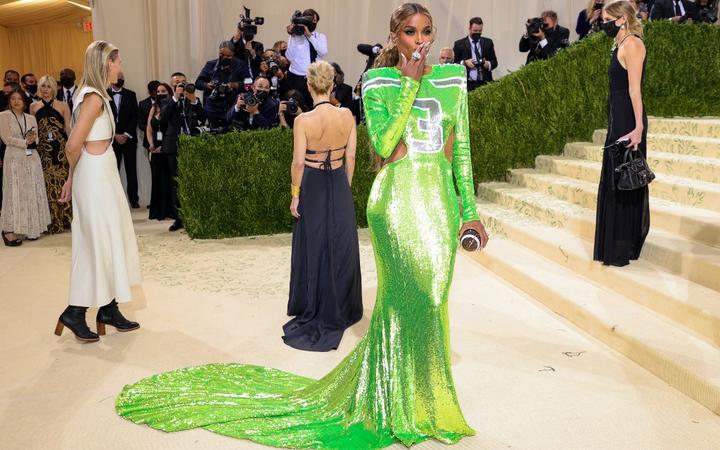 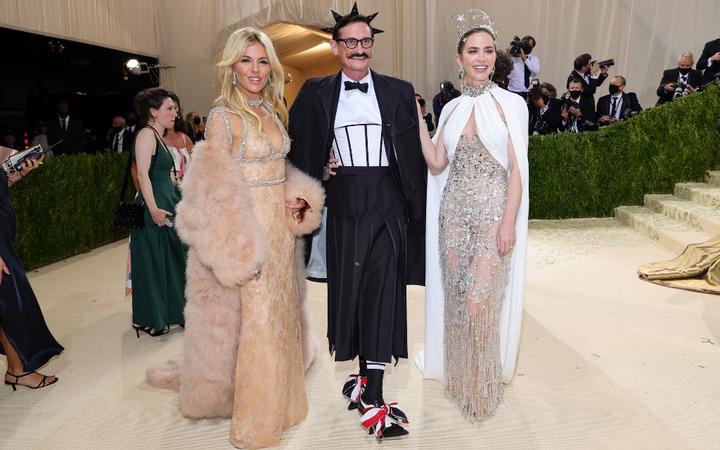 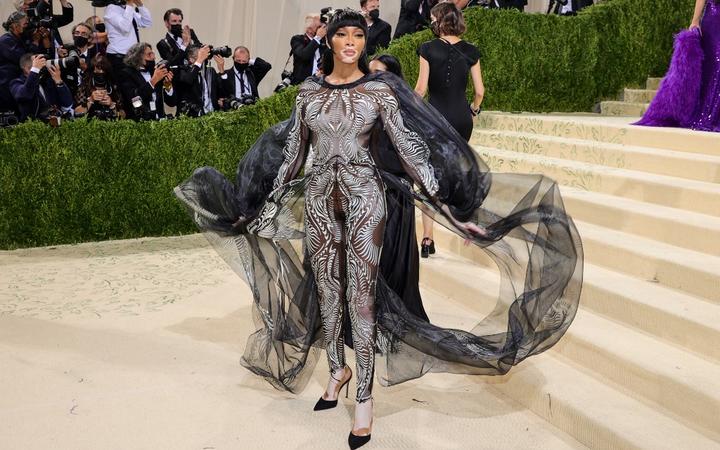 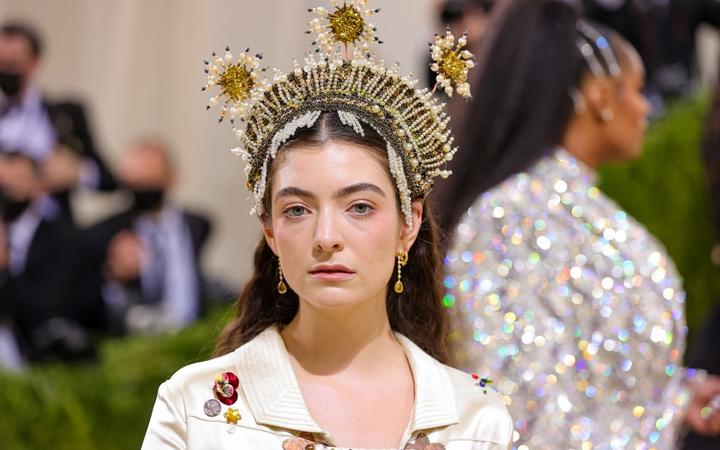 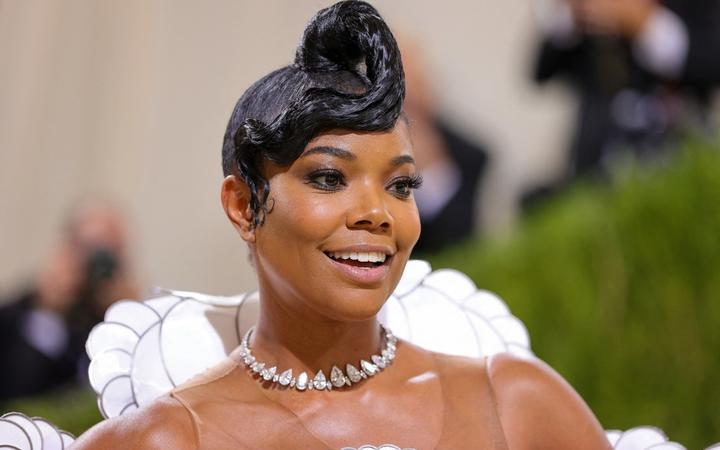 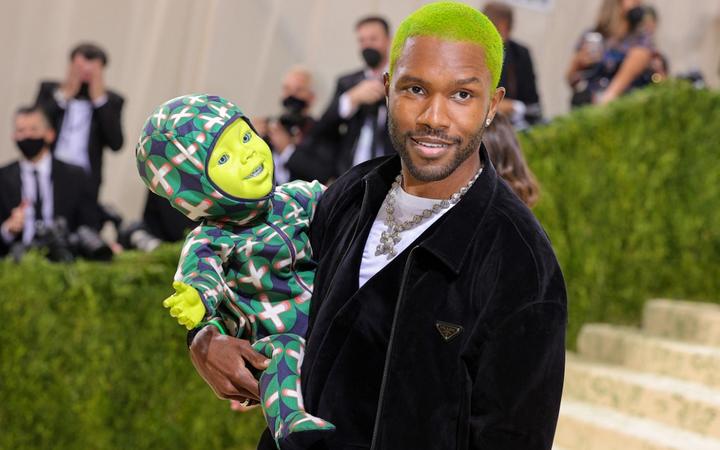 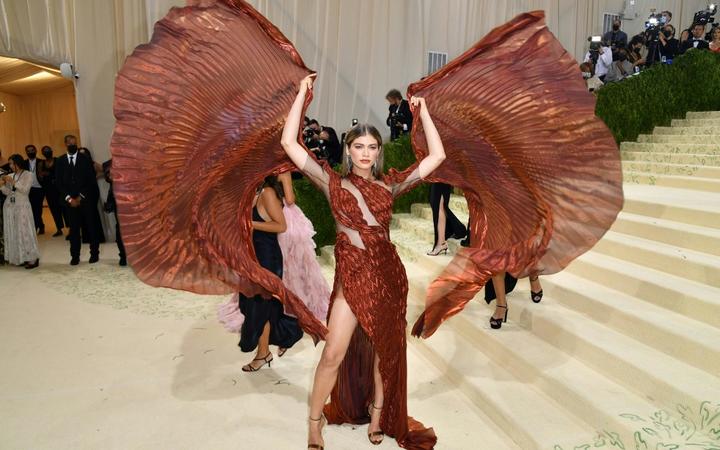 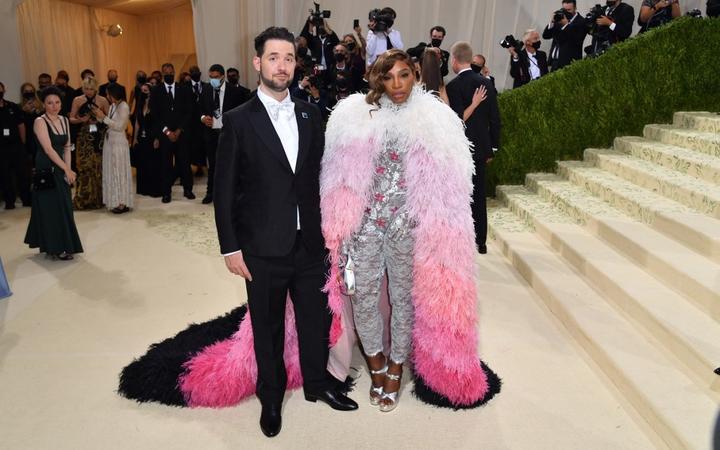 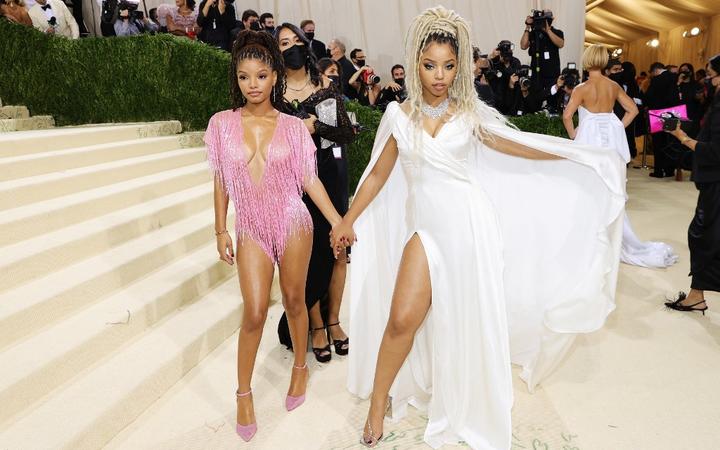 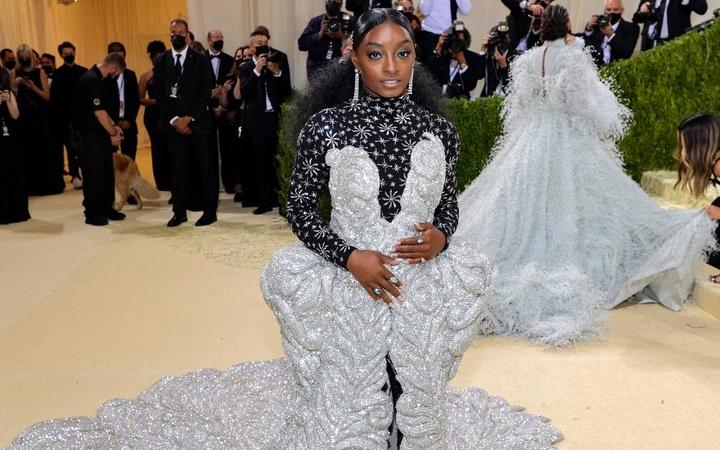 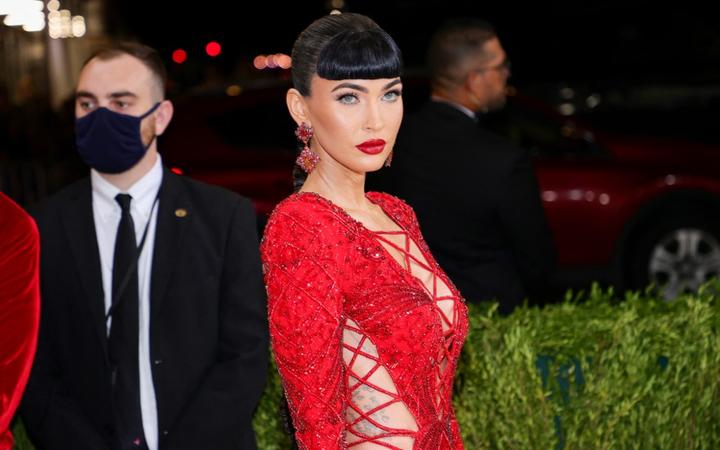 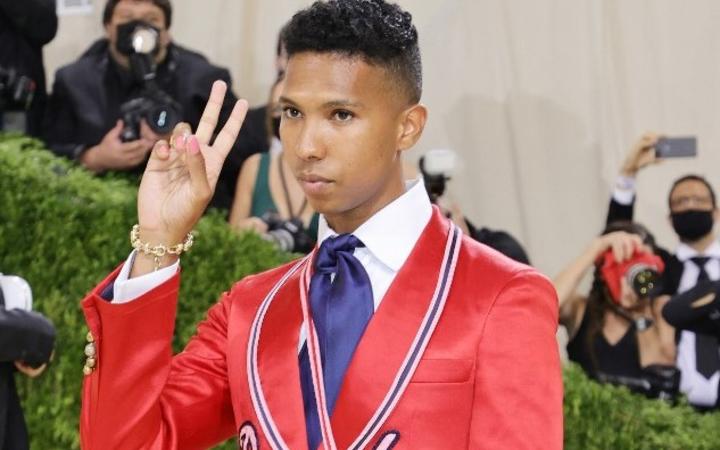