New Zealand's Jane Campion has won the Silver Lion prize for best director at the Venice Film Festival for The Power of The Dog. 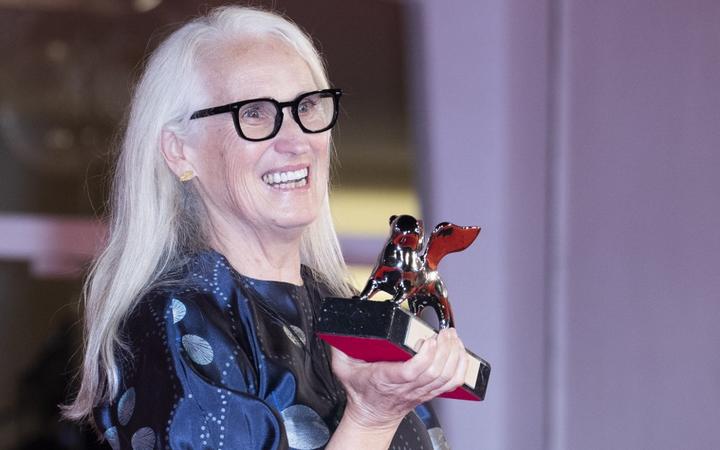 Director Jane Campion receives the Silver Lion for Best Director for "The Power Of The Dog" during the closing ceremony during the 78th Venice International Film Festival. Photo: AFP or licensors

The win boosts Campion's chances at the Oscars, where in 1993 she was nominated for Best Director and Best Picture for The Piano.

The awards ceremony wrapped up the 11-day movie marathon, with critics calling the line-up one of the best in years as many films had been held back because of the coronavirus pandemic.

"It is amazing that you managed to make this happen," Campion said.

"It is special for us film-makers to be here live with audiences and experience what we dream about."

Happening (L'+v+nement), a hard-hitting French drama about illegal abortion in the 1960s, won the Golden Lion award for best film at the Venice festival. The film, by director Audrey Diwan, wowed viewers on the Lido waterfront with its portrayal of a young woman desperate to arrange a termination, at a time when it could mean a prison term or death, to continue with her studies.

The movie is set in France in 1963 but its central theme is as relevant today as it was then, a visibly moved Diwan told the audience, just as the debate about abortion rages again in the United States following new restrictions in Texas.

"I did this film with anger, with desire, with my belly, my guts, my heart and my head," she said.

Stars from far and wide turned out in force on the Venice red carpet - a vital ingredient for the success of a festival, and even more so after last year's subdued edition.

Ben Affleck - holding hands with Jennifer Lopez - Matt Damon, Timothee Chalamet and Kristen Stewart were among the Hollywood A-listers who made the trip for the world's oldest film festival.

Also creating a big buzz were two films which screened outside of the main contest, and were not eligible for awards - Denis Villeneuve's remake of science fiction classic Dune and Ridley Scott's medieval epic The Last Duel. 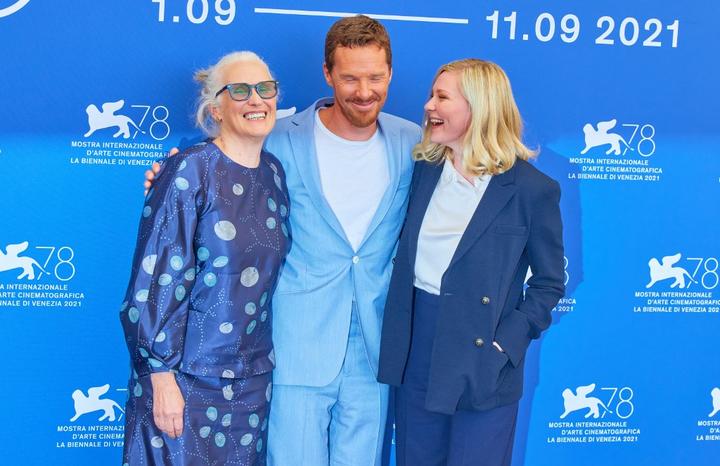 Jane Campion, Benedict Cumberbatch and Kirsten Dunst at the Venice Film Festival where Campion's "Power of the Dog" has won Best Director. Photo: AFP or licensrs

Diwan's film was a fitting winner for a festival with many strong women's stories, in a year where the #MeToo movement has appeared to make a mark on the cinema industry.

Adapted from Annie Ernaux's autobiographical novel, the picture's tight framing immerses the audience in the private trauma lived by Anne, its protagonist.

"On set, I was always thinking: Let's not look at Anne, let's be Anne," Diwan said.

She is the sixth female director to win the Venice showcase, here in its 78th edition. Happening is also the second French movie to triumph at a major festival since Julia Ducournau's Titane scooped the Palme D'Or in Cannes in July.

Among other awards, the runner-up Grand Jury prize went to Italian director Paolo Sorrentino for The Hand of God, his deeply personal film about losing his parents as a teenager.

Spain's Penelope Cruz won the best actress prize for playing a single mother in Pedro Almodovar's Parallel Mothers. The best actor prize went to John Arcilla from the Philippines for On The Job: The Missing 8.