Taliban fighters have captured Mazar-i-Sharif, the last major city in northern Afghanistan which was still under government control. 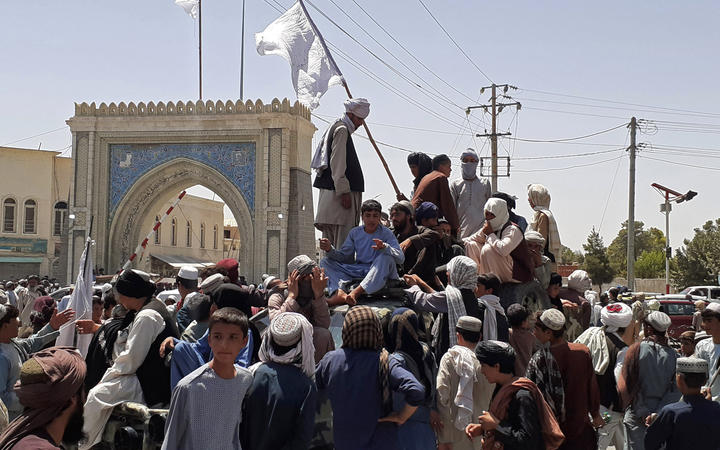 Taliban fighters stand on a vehicle along the roadside in Kandahar on Friday. Photo: AFP

The fall of the traditional anti-Taliban bastion marked a major gain for the militants, who have been advancing at speed as US-led forces withdraw.

President Ashraf Ghani travelled to the city just days ago to rally troops.

The Taliban are now in control of much of the country and are edging closer to the capital Kabul.

More than a quarter of a million people have been displaced by the violence, and many have fled to the capital in the hope of finding safety.

Fighting has been reported in Maidan Shar, 40 kilometres from Kabul.

Women in areas captured by the Taliban have described being forced to wear burkas and the militants are also reported to have beaten and lashed people for breaking social rules.

Western countries are scrambling to evacuate their citizens.

How did Mazar-i-Sharif fall?

Local officials said Mazar-i-Sharif - the capital of Balkh province and fourth largest city in Afghanistan - fell largely without a fight.

Abas Ebrahimzada, a lawmaker from Balkh, told the Associated Press news agency that the national army were the first to surrender, which then prompted pro-government forces and other militia to give up.

Mazar-i-Sharif is a major economic centre that lies close to the borders with Uzbekistan and Tajikistan. The last time the Taliban took the city was in the 1990s. 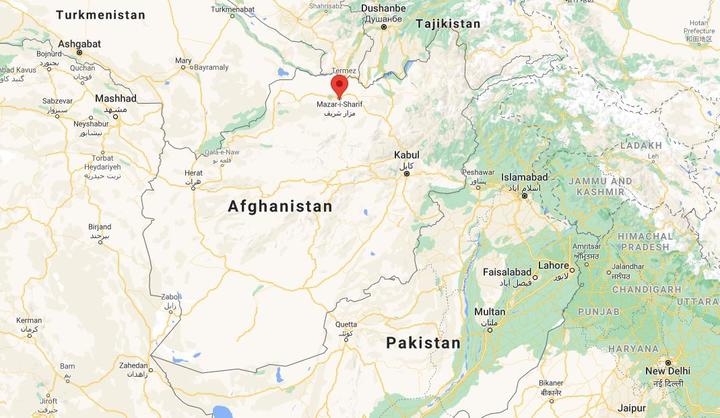 Following crisis talks with Ghani earlier this week, Dostum struck a defiant tone, saying: "The Taliban have come to the north several times but they were always trapped."

In a Facebook post on Saturday, Noor blamed government forces for the defeat, saying they handed their weapons and equipment to the Taliban.

He said he and Dostum were in a "safe place".

One resident of Mazar-i-Sharif spoke to the BBC of his fear as the Taliban made their way through the city.

"They are going door to door and we are at home and unfortunately we can't do anything," he said. "We are very afraid. My child is very afraid and my wife is crying now. What should we do tomorrow?"

Other areas also fell to the Taliban on Saturday, including the capitals of Paktika and Kunar provinces.

Unverified footage from the city of Asadabad, in Kunar, showed people waving the Taliban flag and walking through the streets.

The Taliban are now in control of more than half the provincial capitals in the country. The only major cities to remain under government control are Kabul and Jalalabad.

In Kabul, people who had fled the Taliban offensive could do little but wait with apprehension to see what comes next.

"I am crying day and night," one woman told AFP news agency.

What's the Afghan government doing to stop the Taliban?

In a pre-recorded TV address earlier on Saturday, President Ashraf Ghani said a top priority was the remobilisation of the Afghan armed forces to prevent further destruction and displacement of people.

Ghani said he would not let a war that was "imposed" on people cause more deaths, as he praised the "courageous" security forces.

The speech came amid speculation by some that Ghani may have been about to announce his resignation.

The UN has appealed to neighbouring countries to keep their borders open so that displaced Afghans can reach safety. UN Secretary General António Guterres said the situation was spinning out of control.

Violence in the country has escalated in recent weeks now that US-led forces have all but withdrawn following 20 years of military operations.

US President Joe Biden said some 5000 American troops were being deployed "to make sure we can have an orderly and safe drawdown of US personnel and other allied personnel, and an orderly and safe evacuation of Afghans who helped our troops during our mission and those at special risk from the Taliban."

About 600 British troops are due to arrive in the city this weekend to help with the withdrawal of UK citizens. They will also assist the relocation of Afghans who helped British forces and now risk reprisals from the Taliban.

Other Western countries are also evacuating their nationals, scaling back their presence in Afghanistan and in some cases closing their embassies altogether. 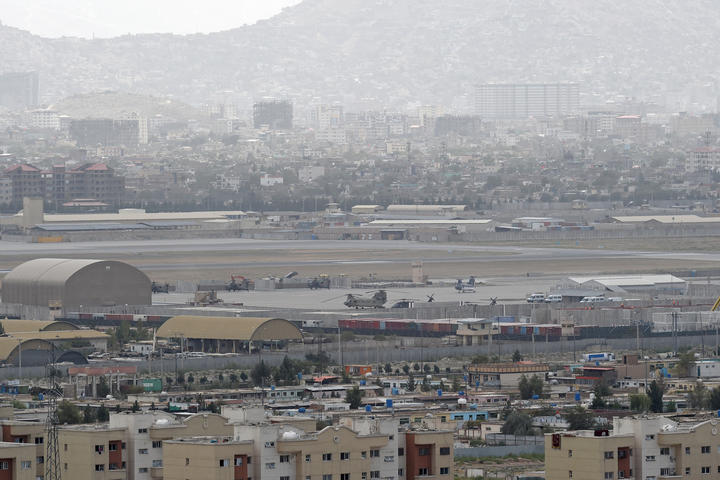 Military helicopters standing on the tarmac at a military airport in Kabul. Photo: AFP