New South Wales has recorded 262 new locally acquired cases of Covid-19 in the last 24 hours and five people have died from the disease. 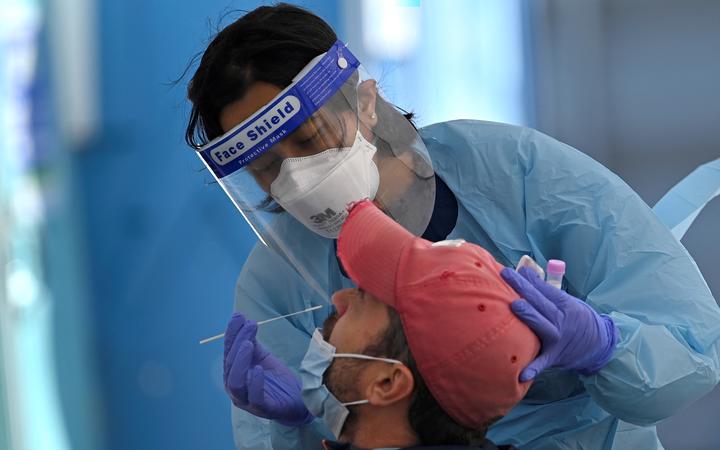 It is the highest daily number in NSW since the start of the pandemic.

Premier Gladys Berejiklian said another five people have died - three aged in their 60s, one in their 70s and one in their 80s.

Four were unvaccinated, and one had one dose of the AstraZeneca vaccine.

The Premier said the state's Hunter and Upper Hunter regions would be placed into a Covid-19 lockdown from 5.00pm today until midnight next Thursday after several cases were detected in the area.

About 107,000 people came forward for testing during the last 24 hours.

The Premier said NSW would receive an extra 180,000 doses of Pfizer over the next fortnight after she spoke to the prime minister.

"This is very positive news. It means that in the week of 16 August, we can redirect those doses we had taken from the regions for the HSC students and it also means we can put the balance into those eight local government areas in Greater Sydney of concern in particular," she said.

About 107,000 people came forward for testing during the last 24 hours.

All the cases are directly linked to the Indooroopilly State High School Delta outbreak.

There have also been 11 cases detected on a ship off the coast of Gladstone.

Of the new cases, Miles said three were infectious in the community for one day and one was infectious for two days.

The federal government has announced that it is bringing forward the delivery date of more than 110,000 Pfizer doses to Queensland and they will now arrive in the next fortnight rather than September, Health Minister Yvette D'Ath said.

The source of infection for three of the cases is still under investigation.

The other three are linked to known cases and were isolating during their infectious period.

The new cases were detected from 27,279 test results processed on Wednesday.

The first mystery infection was reported just hours after the state confirmed a zero-case day on Tuesday, its first in almost a month.

The teacher, a woman in her 20s, lives in the Hobsons Bay local government area and works at the Al-Taqwa College in Truganina.

She is believed to have been infectious in the community for three days last week.

Al-Taqwa College will be locked down for 14 days and students and staff will quarantine for the fortnight unless the health department advises otherwise.

At least three other schools have closed as a precaution, despite not having any confirmed cases, after competing in the Bachar Houli Cup against Victorian Islamic schools earlier in the week.

Al-Taqwa College is in one of the areas of Melbourne with the lowest rates of vaccination, despite being hit by high rates of infection.