The US Justice Department in a court filing on Tuesday (local time) declined to defend Republican congressman Mo Brooks in a lawsuit that alleges he conspired to instigate the 6 January riot at the US Capitol. 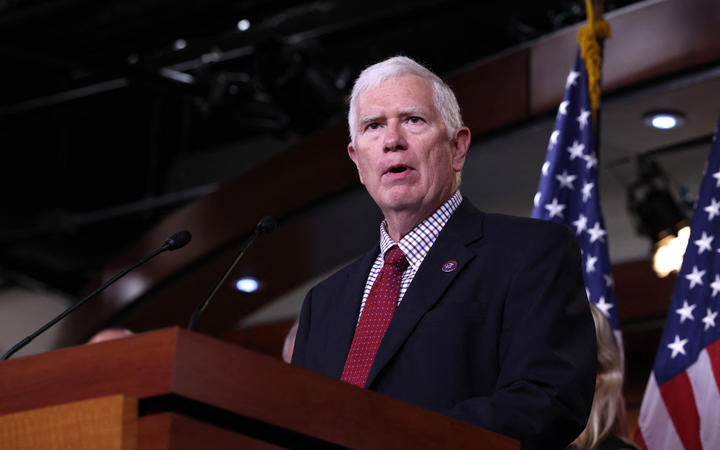 Brooks had asked the Justice Department consider him covered by the Westfall Act, which protects federal employees from being sued for actions taken as part of their jobs, concerning the lawsuit brought by Democratic congressman Eric Swalwell.

The Justice Department's filing could indicate it may not defend former President Donald Trump, who has also been sued by Swalwell for allegedly conspiring to incite the attack.

The department said in the court filing that it had determined that Brooks' appearance at the 6 January rally - in which Trump exhorted his supporters to stop the certification of Joe Biden's electoral victory - was a campaign activity and not part of his job as a congressman.

"Inciting or conspiring to foment a violent attack on the United States Congress is not within the scope of employment of a Representative - or any federal employee - and thus is not the sort of conduct for which the United States is properly substituted as a defendant under the Westfall Act," it said.

Trump supporters stormed the Capitol after the rally, breaking down barriers, clashing with police and forcing members of Congress to flee to safety.