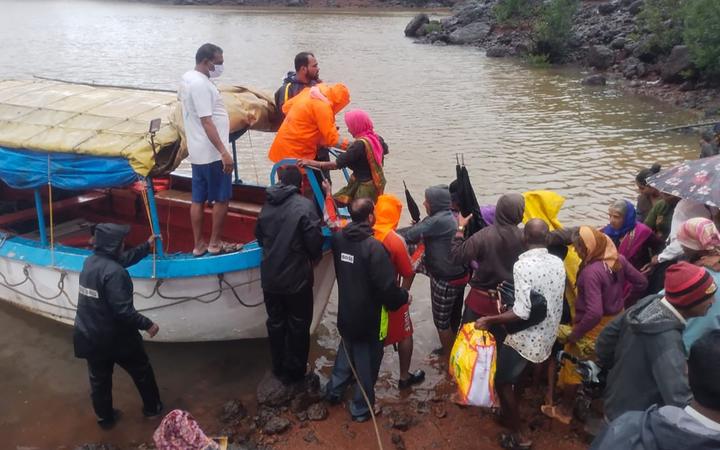 Tens of thousands of people have been moved out of affected areas, with record-breaking rainfall reported along parts of the coast.

The states of Goa and Maharashtra have been badly affected, with many feared missing near the financial hub Mumbai.

At least 136 people have died in Maharashtra, while in neighbouring Goa hundreds of homes have been damaged.

Heavy rains and flooding have also hit western Europe and parts of China in recent weeks, while North America has grappled with scorching heatwaves.

The monsoon season in India lasts from June to September each year.

Rescuers have struggled to reach affected residents. Landslides have blocked roads, including the main highway between Mumbai and Goa, and officials have deployed helicopters, divers and naval rescue teams.

Goa's Chief Minister Pramod Sawant said flooding there was the worst in decades, and had caused "widespread damage".

In the state of Maharashtra, major rivers are at risk of bursting their banks. Some 90,000 people have been evacuated so far in the state. 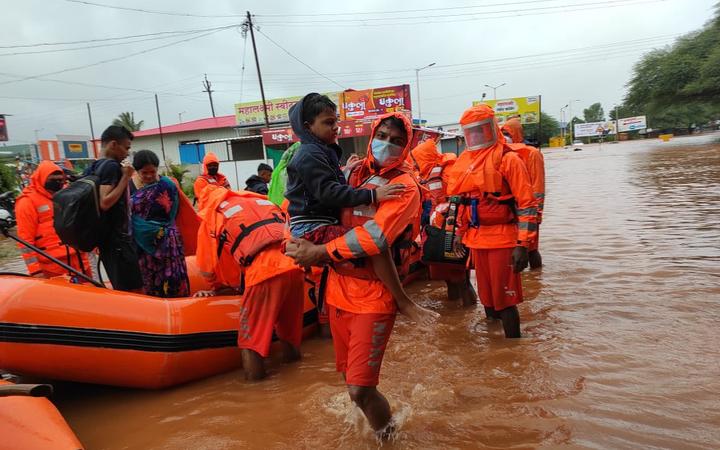 The village of Taliye, southeast of Mumbai, saw landslides flatten most of its homes. An official told Reuters news agency at least 42 people had died there.

Weather experts say heavy rains will continue to lash the city over the next few days.

Indian Prime Minister Narendra Modi said he was "anguished" by the loss of lives.

"The situation in Maharashtra due to heavy rains is being closely monitored and assistance is being provided to the affected," he tweeted.