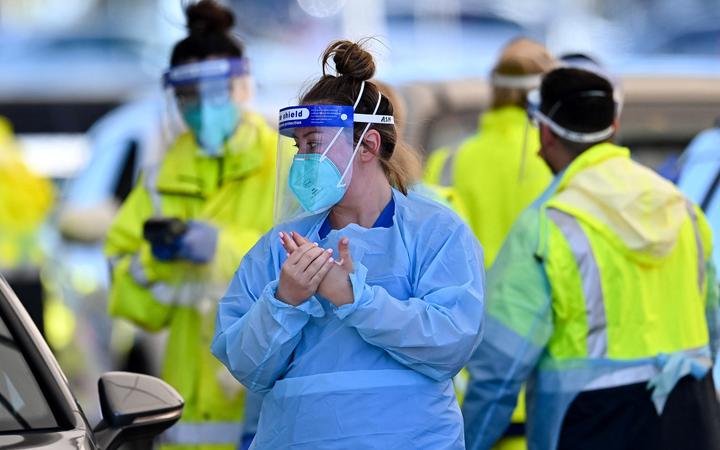 It's the highest number of daily new infections in the Australian state since the Delta outbreak began last month.

Chief health officer Kerry Chant said the situation in NSW, particularly in Sydney's south-west and western suburbs, was now regarded as a "national emergency" and called on the federal government to refocus the national vaccination strategy.

"I have advised the government today that this is a national emergency, and requires additional measures to reduce the case numbers," she said.

Premier Gladys Berejiklian said the outbreak now had the potential to impact the entire nation as no border was "perfect" and the virus could "seep through".

Of the new cases 77 are linked to a known case or cluster - 65 are household contacts and 12 are close contacts - and the source of infection for 59 cases is still under investigation.

An 89-year-old man has died after contracting the virus, becoming the state's 62nd Covid-19 fatality.

The NSW government is also expanding its ban on people leaving local government areas for work to Cumberland and Blacktown.

Previously, it had applied to people in Fairfield, Canterbury-Bankstown and Liverpool.