New South Wales has recorded its fifth death from the Covid-19 Delta outbreak after a woman in her 50s was found dead inside her home in Green Valley in Sydney's south west. 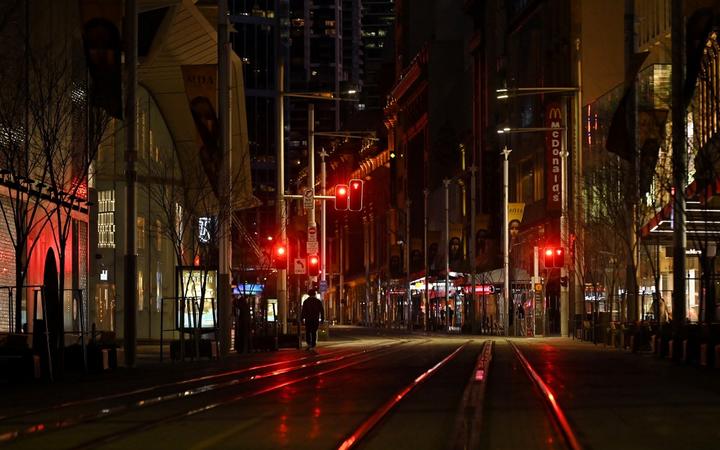 The centre of Sydney remains deserted during a lockdown to counter the latest Covid-19 outbreak which has so far claimed five lives. Photo: AFP

The ABC understands the woman is the mother of twin removalists charged with breaching public health orders after travelling from Sydney to the Central West.

The brothers and another colleague received a call from NSW Health on Friday informing them that one had tested positive for coronavirus.

It is alleged the trio continued driving to Molong to finish the delivery.

"This is the 61st death in NSW related to Covid-19 and the fifth of the current outbreak," the spokesperson said.

"NSW Health extends its sincere sympathy to her family and friends."

A NSW Health spokesperson confirmed the woman's death and said she was a confirmed Covid-19 case and a close contact of another case.

Police said the removalists also went to Figtree in the Illawarra and stopped at South Bowenfels and Orange, before travelling to Molong.

Police charged the 27-year-old twins and their 21-year-old colleague for breaching public health orders after they travelled the 300km journey from West Hoxton, in the Liverpool local government area (LGA).

Liverpool is among three LGAs in Sydney's south west which have been identified as areas of concern in the current outbreak.

Deputy Premier John Barilaro yesterday described the removalists' actions as "careless, reckless and deliberate" and said any transmission could "swamp" the health system in the Central West.