Far-right British commentator Katie Hopkins will be deported from Australia today after her visa was cancelled overnight. 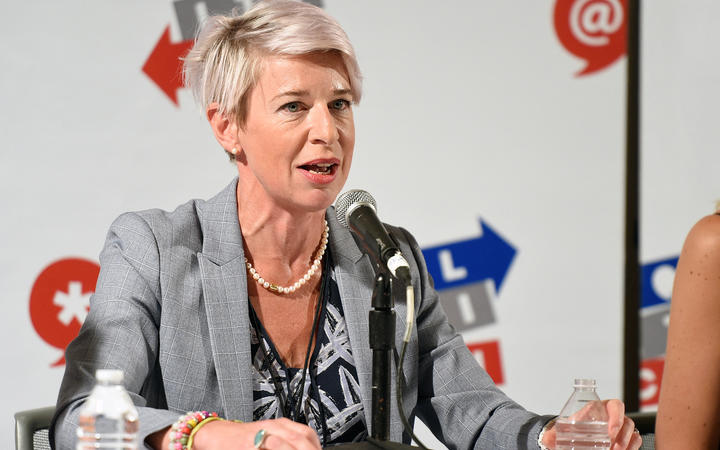 Hopkins had been brought to Australia by Channel 7 to join its reality television program Big Brother VIP, but was dropped from the program after boasting about the ways she was undermining the hotel's safety protocols, describing the lockdown as a "hoax".

"I thought it was just shameful, the fact that she was out there boasting about breaching quarantine was just appalling," she said.

"It was a slap in the face for all those Australians who are currently in lockdown and it's just unacceptable behaviour.

In a video that has since been deleted from Instagram, Ms Hopkins said she had been "lying in wait" by her door for workers delivering food to her room, so she could "spring it open and frighten the shit out of them and do it naked with no face mask".

Hopkins attracted widespread anger from both government and opposition politicians, as well as Australians overseas, who questioned how she was able to secure a place in hotel quarantine in Sydney.

Why was Katie Hopkins allowed into Australia?

Hopkins and other Big Brother contestants had been granted visas based on support from the NSW government, which approved letting the contestants into Australia above the quarantine cap.

"This does happen from time to time, it actually happens reasonably regularly that state governments approach the federal government on the basis that there is an economic benefit to some people coming in over the quarantine caps," Andrews said.

Asked why Hopkins was allowed to enter the country given her controversial anti-Islam, anti-immigration and anti-feminist views, Ms Andrews said "many decisions are made on the basis of economic benefit."

"We put in place a process where the film companies who are guaranteeing a massive boost to our economy and jobs can make applications, as long as they do it in a way that is not going to impede on the number of Australians coming back," he said.

But he said he was shocked by Hopkins's behaviour and he hoped she was "on the first plane back."

"To think that she could actually think that the measures that we are taking to keep our community safe can be treated with such juvenile, imbecilic behaviour is just mind-boggling."

The ABC understand Hopkins is due to fly out this afternoon.

Katie Hopkins familiar with being dropped

Hopkins rose to prominence in the UK as a reality television contestant and often controversial commentator.

In 2017, she was fired as a host on English radio station LBC after calling for a "final solution" following the Manchester Arena terrorist attacks.

Hopkins had travelled to Australia ahead of Big Brother VIP but in a statement, the Seven Network and production company Endemol Shine Australia said she was "not part" of the program anymore.

"Seven and Endemol Shine strongly condemn her irresponsible and reckless comments in hotel quarantine," it said.

Many celebrities have come to Australia since the border was formally closed due to the Covid-19 pandemic.

Actors Matt Damon, Natalie Portman and Christian Bale are among those who have filmed in Australia since that time, in some cases with permission to quarantine at home.

But Andrews said there was "no place" for anyone who deliberately endangered others.

"Those who don't live up to the standards can expect to have their visas cancelled and to be removed."