The prominent Dutch crime reporter Peter R de Vries, who was shot and seriously wounded in central Amsterdam nine days ago, has died. 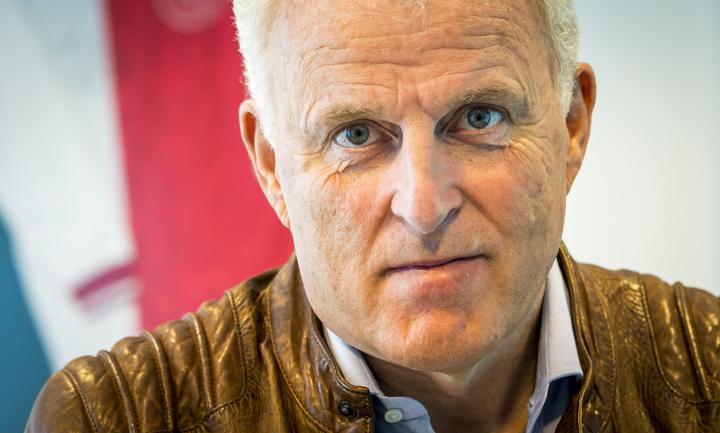 Peter R de Vries was well-known for his investigations of mobsters and drug lords. Photo: AFP

"Peter fought to the end, but was unable to win the battle," a statement from his relatives said.

The 64 year old was shot in the head minutes after leaving a TV studio.

The shooting shocked the Netherlands, where de Vries was well-known for his investigations of mobsters and drug lords. Two suspects were arrested.

Mr de Vries had won critical acclaim for his reporting on the Dutch underworld - including the 1983 kidnapping of the beer millionaire Freddy Heineken.

The statement released by his relatives on Thursday said he died "surrounded by the people who love him".

"Peter has lived by his conviction: 'On bended knee is no way to be free'," the statement added.

The family asked for space to process his death in peace.

Dutch Prime Minister Mark Rutte said the veteran journalist was "afraid of nothing and no-one".

"We owe it to Peter R de Vries to ensure that justice takes its course," he tweeted.

De Vries was attacked on the evening of 6 July while walking away from a television studio following a chat show on the Lange Leidsedwarsstraat in central Amsterdam.

Five shots were fired at close range and he was hit in the head.

His son, Royce de Vries, said at the time that the family's "worst nightmare came true".

Well known for his coverage of the criminal underworld, de Vries covered many high-profile crimes, including the Heineken abduction.

In 2013, Heineken's kidnapper, Willem Holleeder, was convicted of making threats against the journalist.

One of the Netherlands' most notorious gangsters, Holleeder was given a life sentence in 2019 for his involvement in five murders.

A novel de Vries wrote about the case was later adapted into the movie Kidnapping Freddy Heineken starring Anthony Hopkins.

The journalist also won an Emmy Award for a television show he made about Natalee Holloway, a US teenager who disappeared on the Caribbean island of Aruba in 2005.

He frequently acted as a spokesman for witnesses in police or court cases, and had been acting as an adviser to Nabil B, a former gang member testifying in the case against alleged drug lord Ridouan Taghi.

De Vries had previously faced danger because of his work and needed police protection after receiving threats in connection with his coverage of criminal cases.

In 2019, police told him he was on the hit list of the Netherlands' most wanted criminal.

EU Commission President Ursula von der Leyen tweeted her condolences, with the message: "Investigative journalists are vital to our democracies. We must do everything we can to protect them."

The two men held on suspicion of the murder are a 21 year old from Rotterdam and a 35 year old Pole. Police have not described them in any detail.

Need for public and private support for journalism

She said it was frustrating, especially since it follows the death of a cameraman who was attacked while covering an anti-Pride event in Tbilisi, Georgia.

"We have two murders in Europe this week. We had one in [April] in Greece - similar case, a famous crime reporter who was also killed in mafia-style ... there is ground to be sad and very very concerned."

Veteran crime journalist Giorgos Karaivaz was shot at least six times with a silenced weapon by two men on a moped outside his home in Athens.

Schroeder said there was a need to rethink public and private support for journalism.

"It is so important to have public-interest journalism to increase the trust because we are facing societies who lose trust in the governments, in democracy, and by that also in journalists. So journalists are sort of the scapegoats for everything that's not working in the right direction."