Forty-three migrants have drowned after their boat sank off Tunisia, the Tunisian Red Crescent says. 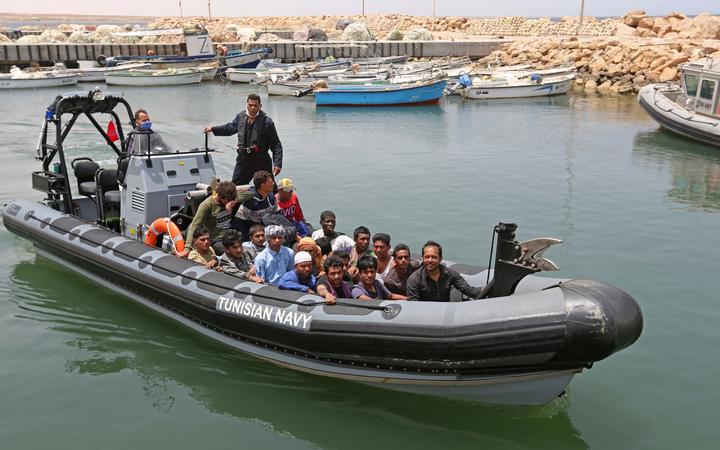 The migrants had set off from the Libyan port of Zuwara and were attempting to cross the Mediterranean to reach Europe.

A further 84 were rescued by the Tunisian navy, said the head of Tunisia's Red Crescent head Mongi Slim.

Summer weather has seen an increase in migrants trying to reach Europe from north Africa.

The boat, which set sail on Monday night, was carrying people from Egypt, Sudan, Eritrea and Bangladesh, the Red Crescent said. The vessel capsized after its engine broke down.

Those rescued, off the Tunisian fishing port of Zarzis, were aged between three and 40, according to Tunisia's defence ministry. 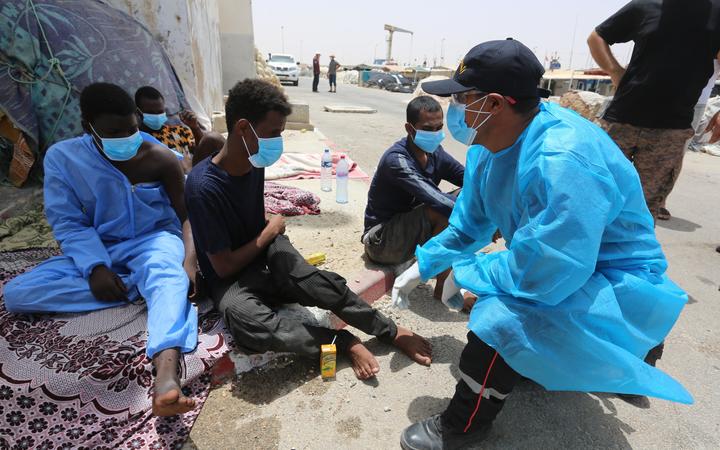 A member of the Tunisian navy speaks to some of the migrants rescued a week ago. Photo: AFP

The Tunisian Red Crescent gave them food and drink while looking for space to house them for the required Covid-19 isolation period, local radio reported.

Libya has been a key transit point for migrants from many countries trying to reach Europe via the Mediterranean.

But Tunisia has also become a major hub and has called on the European Union to deal with migration by helping fight poverty in Africa.