Suspected Taliban fighters have fired a rocket into a hospital in Afghanistan, sparking an extensive blaze and destroying Covid-19 vaccines. 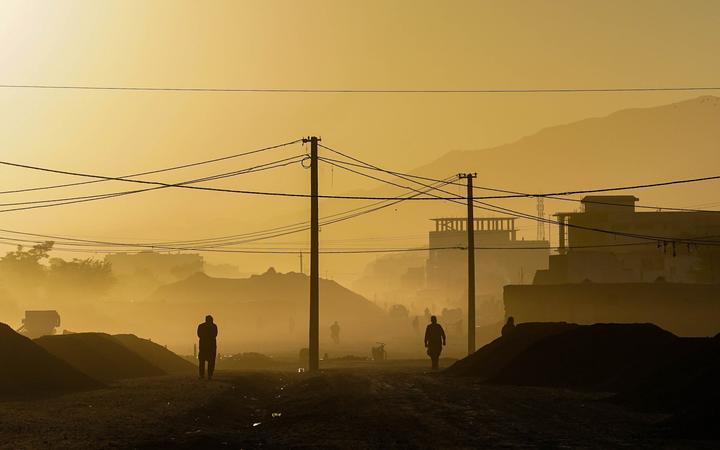 In northern Afghanistan the Taliban captured the town of Shir Khan Bandar, a dry port on the border with Tajikistan, sending customs workers and members of the security forces fleeing to safety over the border.

Fighting between government forces and the insurgents has surged in recent weeks, with the militants gaining control of more territory as the last US-led international forces prepare to leave after two decades of fighting.

Taliban spokesman Zabihullah Mujahid said his organisation did not take responsibility for the attack on the hospital on Wednesday in the eastern province of Kunar.

Government officials said there were no reports of casualties from the attack on the hospital.

However a provincial health director said the attack and the fire caused extensive damage and resulted in the loss of crucial supplies.

"Different types of vaccine, including doses meant to fight polio and Covid-19 were destroyed in the fire," said Kunar health official Aziz Safai. 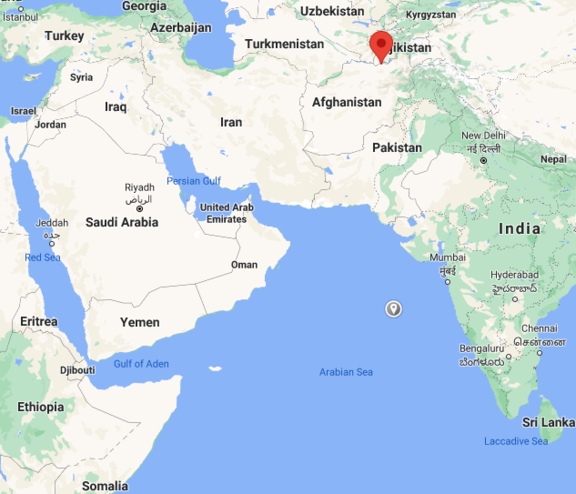 The town of Shir Khan Bandar sits on the Afghanistan side of the border with Tajikistan, on the Panj River. Photo: Google Images

Many health officials say the real number of coronavirus infections is likely much higher but many cases are not being detected because of little testing.

The virus has been spreading as insecurity has been growing, especially since 1 May when the US began the final stages of troop withdrawal and the Taliban stepped up attacks on government forces.

Tajikistan's border guard service said in a statement late on Tuesday it had allowed 134 Afghan servicemen to retreat into Tajikistan from Shir Khan Bandar, about 50km from the city of Kunduz.

The Taliban seized ammunition and armoured vehicles in the town after Afghan authorities surrendered it to the advancing insurgents, Afghan officials said.

The loss of the trading town will be a blow to the government as it struggles to stop Taliban advances in different parts of the country.