The US has started formally withdrawing troops from Afghanistan, beginning the end of what President Joe Biden called "the forever war". 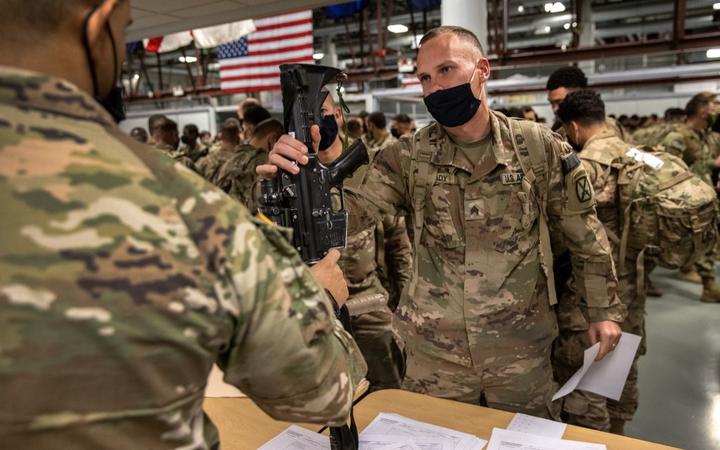 US forces are looking at their inventory, deciding what will be taken home and what will be left behind for sale. Photo: 2020 Getty Images

The US and Nato have had a presence in Afghanistan for almost 20 years.

But the withdrawal, which runs until 11 September, comes amid escalating violence, with Afghan security forces on high alert for reprisal attacks.

The Taliban have warned they are no longer bound by an agreement not to target international troops.

Under a deal signed last year between the militants and then-president Donald Trump, foreign forces were to have left by 1 May while the Taliban held off attacking international troops.

Officials told Reuters during this time the Taliban has been protecting western military bases from rival Islamist groups. That has not stopped Taliban attacks on Afghan forces and civilians.

But Biden announced last month some troops would stay on until 11 September this year, the 20th anniversary of the 9/11 attacks, citing the security situation.

A Taliban spokesman said that "this violation in principle has opened the way for [Taliban fighters] to take every counter-action it deems appropriate against the occupying forces."

But he also said Taliban fighters would await instructions from leaders before mounting attacks. Some analysts suggested with a US deadline for withdrawal in place large-scale attacks could be averted.

Meanwhile the US faces the logistical challenge of packing up and leaving. The AP report the military has been taking inventory, deciding what will be shipped back and what will be sold as junk on Afghanistan's markets. 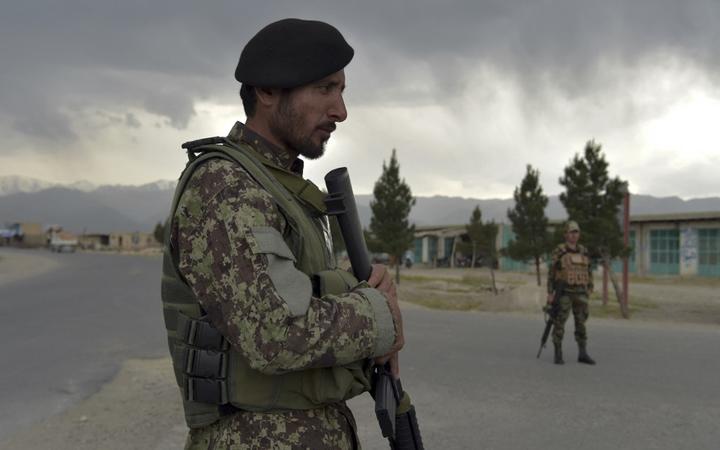 An Afghan soldier guards the US military base at Bagram. Photo: AFP

Why are US forces in Afghanistan?

On 11 September 2001, attacks in the US killed nearly 3000 people. Osama Bin Laden, the head of Islamist terror group al-Qaeda, was quickly identified as the man responsible.

The Taliban, radical Islamists who ran Afghanistan and protected Bin Laden, refused to hand him over. So, a month after 9/11, the US launched air strikes against Afghanistan.

As other countries joined the war, the Taliban were quickly removed from power. But they didn't just disappear - their influence grew back and they dug in.

Since then, the US and its allies have struggled to stop Afghanistan's government collapsing, and to end deadly attacks by the Taliban.

The withdrawal of US troops begins against a backdrop of fierce clashes between the Taliban and government forces, in the absence of a peace deal.

On Friday, a car bombing in Pul-e-Alam, Logar province, killed up to 30 people and wounded 110 - mostly school pupils. 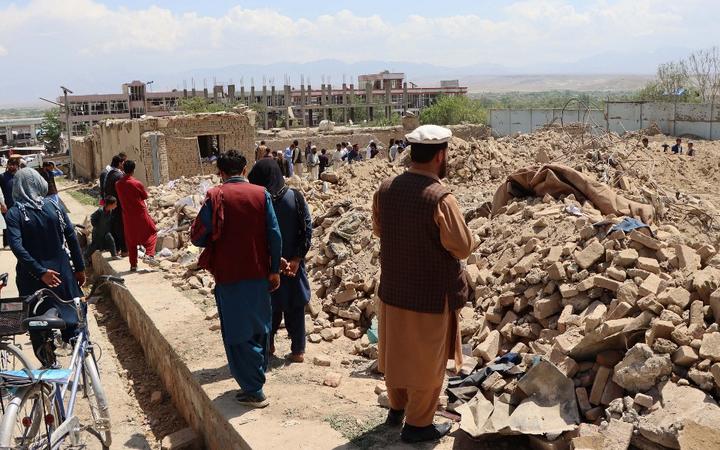 Residents inspect the site of the bombing in Logar province. Photo: AFP

Biden said that the US pull-out is justified as its forces have made sure the country cannot again become a base for foreign jihadists to plot against the West.

He has argued that withdrawing US and Nato forces will remove the Taliban's reason for fighting, saying to the Taliban: "Who are you killing? What are you destroying? Your pretext of fighting the foreigners is now over."

"Everyone is scared that we might go back to the dark days of the Taliban era," Mena Nowrozi, who works at a private radio station in Kabul told news agency AFP.

"The Taliban are still the same; they have not changed. The US should have extended their presence by at least a year or two."

BBC Pakistan and Afghanistan correspondent Secunder Kermani says that with peace talks between the militants and Afghan government stalled, despite the drawing down of international involvement, it seems inevitable the conflict will continue.