US Catholic bishops are on a potential collision course with President Joe Biden after voting to commission a document that may call for him to be barred from Holy Communion. 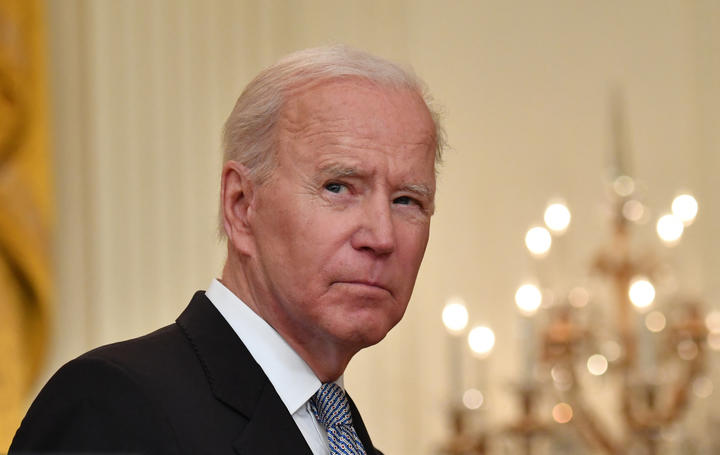 The US Conference of Catholic Bishops (USCCB) clashed online over whether to draw up a teaching document on politicians who support abortion.

Holy Communion is the most important ritual in the Catholic Christian faith.

Responding to news of the bishops' vote, he said: "That's a private matter and I don't think that's gonna happen."

The Vatican has already indicated its opposition to the bishops' move.

After the debate on Thursday, the Most Reverend Allen H Vigneron, vice-president of the USCCB, announced the move had passed by 168 to 55, with six abstentions.

The US clergy is deeply divided on the issue. The Most Rev Robert McElroy, bishop of San Diego, warned such a document would lead to the "weaponisation" of the Eucharist (the more formal name name for Holy Communion).

However, the Most Rev Liam Cary, the bishop of Baker, Oregon, said the church was in an "unprecedented situation", with "a Catholic president who is opposed to the teaching" of the church.

The document will now be drafted by the doctrine committee of US bishops.

However, although it will be a form of national policy, it will not be binding. Each individual bishop has the right to decide who should be blocked from the Mass in his diocese.

The document will return for debate at the next bi-annual US Catholic Bishops Conference in November.

The controversial issue of whether politicians who support abortion should receive Mass has become more prominent with the election of Biden as president.

Cardinal Blase Cupich, archbishop of Chicago, warned most priests would be "puzzled to hear that bishops now want to talk about excluding people at a time when the real challenge before them is welcoming people back to the regular practice of the faith and rebuilding their communities".

However, proposing the motion, Bishop Kevin Roades, of Fort Wayne-South Bend, said: "We weren't targeting particular individuals or limited to one issue, but I think we need to accept the [Church's] discipline that those who obstinately persist in grave sin are not to be admitted to Holy Communion."

Cardinal Luis Ladaria - the prefect for the Congregation for the Doctrine of the Faith, the Vatican's theological watchdog - urged the US Catholic Bishops Conference to delay the debate.

He wrote to the conference saying it would be "misleading" to suggest abortion and euthanasia were "the only grave matters of Catholic moral and social teaching that demand the fullest level of accountability on the part of Catholics".

Catholics for Choice, an abortion rights group, said it was profoundly saddened by the move.

In a statement, the group's president, Jamie Manson, said: "In a country and church already riven with tension and division, today the bishops chose to be partisan instead of pastoral, cruel rather than Christ-like."

But she said the minority of bishops who spoke out against it provided a glimmer of hope.