Israeli Prime Minister Benjamin Netanyahu's 12-year hold on power was set to end on Sunday local time when parliament votes on a new government, ushering in an administration that has pledged to heal a nation bitterly divided over the departure of the country's longest serving leader. 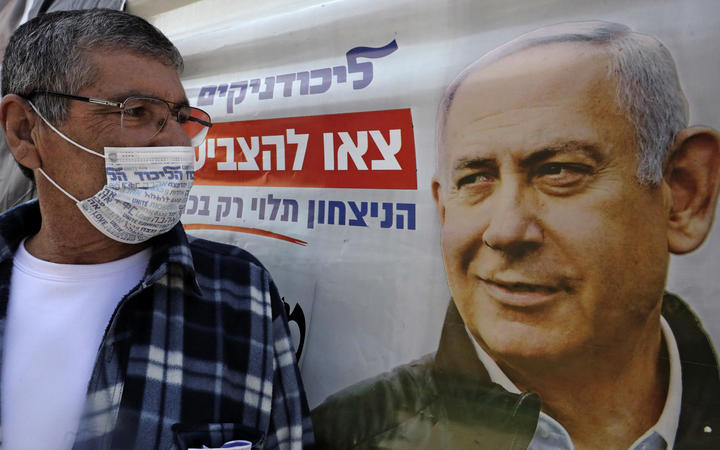 Netanyahu, 71, the most dominant Israeli politician of his generation, had failed to form a government after Israel's 23 March election, its fourth in two years.

The new cabinet, which will be sworn in after a Knesset confidence vote it is expected to win, was cobbled together by the centrist opposition leader Yair Lapid and ultra-nationalist Naftali Bennett.

Bennett, a hawkish hi-tech millionaire, will serve as premier for two years before Lapid, a former popular TV host, takes over.

They will head a government that comprises parties from across the political spectrum, including for the first time one that represents the 21 percent Arab minority. They plan largely to avoid sweeping moves on hot-button international issues such as policy toward the Palestinians while they focus on domestic reforms.

With little to no prospect of progress toward resolving the decades-long conflict with Israel, many Palestinians will be unmoved by the change of administration, saying Bennett will likely pursue the same right-wing agenda as Netanyahu. 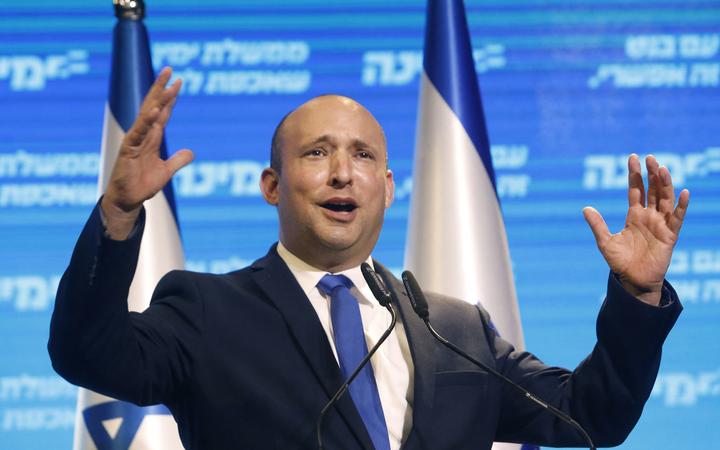 On the international stage, with his polished English and booming baritone voice, the telegenic Netanyahu has become the face of Israel. Serving in his first term as prime minister in the 1990s and since 2009 winning four more terms in succession, he has been a polarising figure, both abroad and at home.

Often referred to by his nickname Bibi, Netanyahu is loved by his hard-core supporters and loathed by critics. His ongoing corruption trial, on charges he denies, has only deepened the chasm.

His opponents have long reviled what they see as Netanyahu's divisive rhetoric, underhanded political tactics and subjection of state interests to his own political survival. Some have dubbed him 'Crime Minister' and have accused him of mishandling the coronavirus crisis and its economic fallout.

Celebrations by his opponents to mark the end of the Netanyahu era began late on Saturday outside his official residence in Jerusalem, the site of weekly protests against the right-wing leader for the past year, where a black banner stretched across a wall read: "Bye Bye, Bibi, Bye bye", and demonstrators sang, beat drums and danced.

But for Netanyahu's large and loyal voter base, the departure of "King Bibi" as some call him, may be difficult to accept. His supporters are angered by what they see as the country turning its back on a leader dedicated to its security and a bulwark against international pressure for any steps that could lead to a Palestinian state, even as he promoted diplomatic deals with the United Arab Emirates, Bahrain, Morocco and Sudan.

None of those moves, however, nor the role he played in securing Covid-19 vaccines for the country's world-beating inoculation campaign, were enough to grant Netanyahu's Likud party enough votes to secure him a sixth term in office.

Bennett in particular has drawn anger from within the right-wing camp for breaking a campaign pledge by joining forces with Lapid. He has justified the move by saying another election, which would likely be called were no government formed, would have been a disaster for Israel.

Both he and Lapid have said they want to bridge political divides and unite Israelis under a government that will work hard for all its citizens.

On top of that, their patchwork coalition of parties commands only a razor-thin majority in parliament, 61 of the Knesset's 120 seats, and will still have to contend with Netanyahu - who is sure to be a combative head of the opposition. And no one is ruling out a Netanyahu comeback.