Myanmar's military authorities have charged deposed leader Aung San Suu Kyi with corruption, the most serious charge laid against her to date. 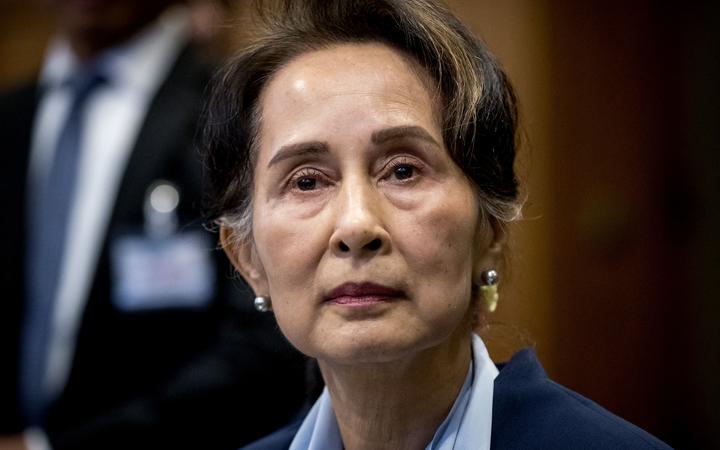 Suu Kyi is accused of accepting cash and gold in bribes, and faces up to 15 years in jail if found guilty.

She faces six other charges relating to alleged illegal imports of walkie-talkies and inciting public unrest.

The former State Counsellor was arrested on 1 February when the military seized power in a coup.

She has since been held under house arrest, and little has been seen or heard of her apart from brief court appearances.

A press release by the military council on Thursday said Suu Kyi had accepted $US600,000 in bribes and seven pieces of gold.

It also alleged that the previous civilian government - the National League for Democracy (NLD) - had lost significant sums of money in land deals. Besides Suu Kyi, several other former officials face similar corruption and bribery charges.

Prior to this, the most serious charge filed against Suu Kyi had accused her of breaking the official secrets act - which carries a term of up to 14 years in jail.

But independent election monitors say the election was largely free and fair, and the charges against Suu Kyi have been widely criticised as politically motivated.

The coup triggered widespread demonstrations, and Myanmar's military has brutally cracked down on pro-democracy protesters.

They have killed more than 800 people and detained nearly 5000 to date, according to the monitoring group Assistance Association for Political Prisoners (AAPP).