The UK has announced zero daily Covid-19 deaths within 28 days of a positive test for the first time since March 2020. The latest figures also reported another 3165 new cases, compared with 3383 on Monday and 2493 one week ago.

It comes amid concern over a recent small rise in cases linked to the variant first identified in India, now known as Delta after WHO's renaming announcement yesterday.

Reports of daily deaths are often lower at weekends and at the start of the week.

This is because less counting takes place while statisticians are off - and adding in the bank holiday weekend will make this figure less certain still.

Any deaths that happen on Tuesday will be reported in days to come.

The UK's daily death rate, the number of people being admitted to hospital and those catching the virus have fallen from a peak reached in January.

This comes against the backdrop of the increasing numbers of people receiving the first or second dose of a vaccine.

More than a third of the adult population have now received both doses.

However, the success of the UK's vaccination programme does not mean that the battle with Covid-19 is over, a scientist advising the government has said.

There have been calls to delay ending Covid-19 restrictions in England on 21 June amid warnings of a third wave.

But earlier Downing Street reiterated that Prime Minister Boris Johnson had seen nothing in the data to suggest the plan would need to be postponed.

A final decision on the last stage of the government's roadmap in England for lifting lockdown - which would remove all limits on how many people you can meet - will be reached on 14 June.

The UK has now reported more than 3000 new coronavirus infections for seven days in a row.

The Delta variant - also known as B.1.617.2 - is thought to account for up to three quarters of new cases in the UK, and has been linked to a surge in cases in some parts of the country.

A Brazilian town has seen a 95 percent drop in Covid-19 deaths after almost all adults were vaccinated as part of an experiment, researchers say. 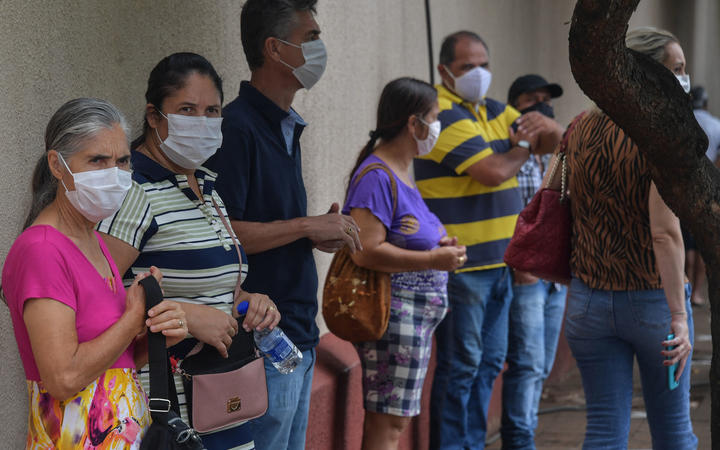 Residents line up to receive the Coronavac vaccine against Covid-19, in Serrana, Brazil, on February 17, 2021. Photo: AFP / Nelson Almeida

Serrana, with 45,000 inhabitants, saw cases plunge after a mass vaccination with the Chinese-developed CoronaVac.

The team said those who had not been vaccinated were also protected by the reduction in the virus' circulation.

The findings suggest the pandemic can be controlled after 75 percent of people are fully dosed.

Brazil has been hit hard by the pandemic, with nearly 463,000 deaths.

The country is struggling with a slow vaccination campaign due to insufficient jabs, while the average of daily deaths and cases remains high amid a lack of co-ordinated measures to curb infections.

The experiment in Serrana, in the south-eastern São Paulo state, was carried out between February and April by Instituto Butantan, which produces the CoronaVac vaccine developed by China's Sinovac Biotech.

The city was divided into four areas to help determine the threshold for containing the virus. The team said this was achieved after three areas, or about 75 percent of the population over the age of 18, had been given both doses.

When 95 percent of adults were fully vaccinated, they said the results showed that:

The results of the experiment could give a boost to the CoronaVac, which is being used by dozens of developing countries. There was some controversy about the vaccine this year, after clinical trials in Brazil, Indonesia and Turkey put its efficacy in a range of 50 percent to 90 percent.

The CoronaVac is an inactivated vaccine, and works by using killed viral particles to expose the body's immune system to the virus without risking a serious disease response.

The experiment in Serrana was the first of its kind in the world, its authors said. There were no reports of severe side effects from the vaccine and no Covid-19-related deaths among those who had been vaccinated 14 days after the second shot was applied, the results showed.

A similar study is being carried out in another Brazilian city, Botucatu, which has a population of 148,000. Researchers are using the Oxford/AstraZeneca vaccine, produced locally by the Fiocruz institute.

Brazil has the second-highest Covid-19 death toll in the world after the US, and the third-highest number of cases, at more than 16.5 million.

The Brazilian Senate is holding an inquiry into President Jair Bolsonaro's handling of the pandemic and the slow roll-out of the vaccine programme.

The World Health Organization (WHO) has approved China's Sinovac Covid-19 vaccine for emergency use. 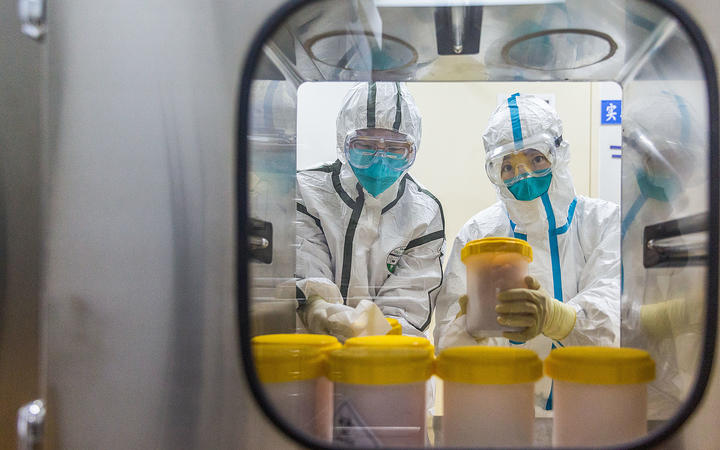 It is the second Chinese vaccine to receive the green light from the WHO, after Sinopharm.

It opens the door for the jab to be used in the Covax programme, which aims to ensure fair access to vaccines.

The emergency approval means the vaccine "meets international standards for safety, efficacy and manufacturing", the WHO said.

Studies showed that Sinovac prevented symptomatic disease in more than half of those vaccinated and prevented severe symptoms and hospitalisation in 100 percent of those studied, it said.

It is hoped that the decision to list the Chinese vaccine for emergency use will give a boost to the Covax initiative, which has been struggling with supply problems.

One of Sinovac's main advantages is that it can be stored in a standard refrigerator at 2-8 degrees Celsius. This means Sinovac is a lot more useful to developing countries which might not be able to store large amounts of vaccine at low temperatures.

The emergency approval came as the heads of the WHO, the World Trade Organisation, the International Monetary Fund and the World Bank appealed for a $US50 billion ($NZ68.9bn) investment fund to help end the pandemic.

In a joint statement, they said the world had reached a perilous point, and that inequalities in access to vaccines risked prolonging the pandemic, and many more deaths.

They have called for the money to be invested in areas including vaccine production, oxygen supplies, and Covid-19 treatments, ensuring they are distributed fairly.