The international scheme to ensure equal access to Covid-19 vaccines is 140 million doses short because of India's continuing Covid-19 crisis. 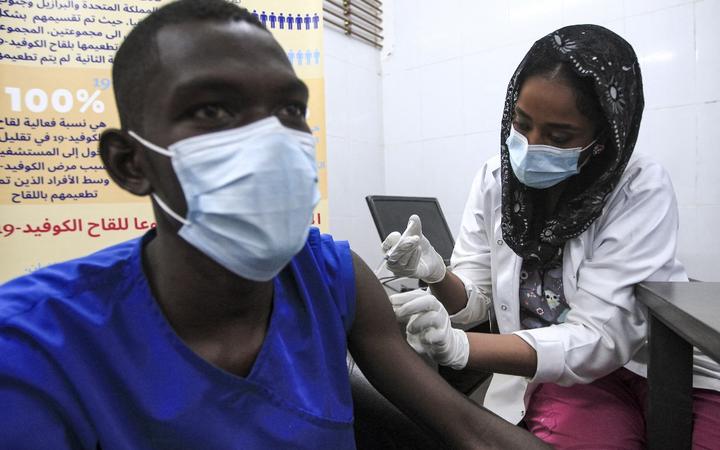 A health worker is vaccinated with a dose supplied under the Covax scheme, at a hospital in Sudan's capital Khartoum in March. Photo: AFP

The Serum Institute of India (SII), the largest single supplier to the Covax scheme, has made none of its planned shipments since exports were suspended in March.

It is urging leaders of G7 nations and EU states to share their doses.

They are due to meet in the UK next month.

Unicef said data it had commissioned suggested that the group of countries could together donate around 153 million doses while still meeting their commitments to vaccinate their own populations.

The SII was due to supply about half the two billion vaccines for Covax this year but there were no shipments for March, April or May. The shortfall is expected to rise to 190m doses by the end of June.

"Unfortunately, we're in a situation where we just don't know when the next set of doses will materialise," said Gian Ghandi, Unicef's Covax co-ordinator for supply.

"Our hope is things will get back on track, but the situation in India is uncertain... and a huge concern." 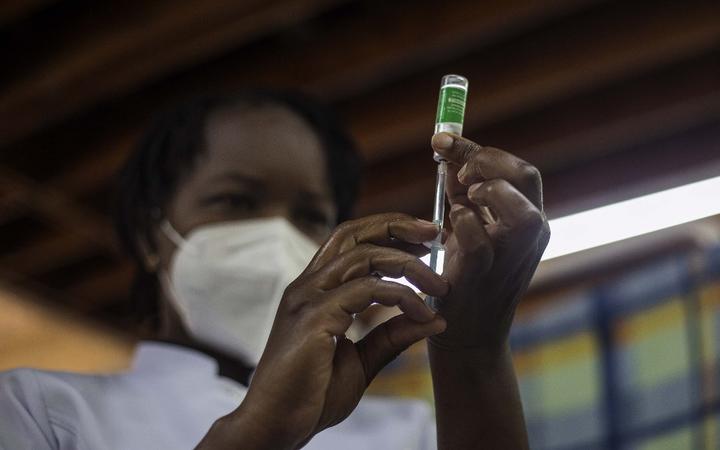 A nurse prepares a vaccine received as part of Covax, at Kenyatta National Hospital in Kenya. Photo: AFP

Unicef is calling on the G7 countries - Canada, France, Germany, Italy, Japan, the UK and the US, as well as the EU, to donate their surplus supplies urgently.

Some countries have ordered enough to vaccinate their population many times over, including the UK, US and Canada.

In February, British Prime Minister Boris Johnson promised to donate most of the UK's surplus supply to poorer countries but he has so far given no specific timescale. It is a similar story for the US. So far France is the only G7 country to donate doses in view of the crisis in India.

Unicef said the rich and powerful G7 countries could make a huge dent in the vaccine deficit for poorer countries by donating 20 percent of their supplies in June, July and August, which would release about 153 million doses for the Covax scheme.

France has pledged half a million doses by mid-June while Belgium has promised 100,000 from its domestic supply in the coming weeks.

Spain, Sweden and the United Arab Emirates are some of the very few others pledging to share their supplies now.

There are grave concerns that events in India could play out in other countries too - both near and far from the region.

"Cases are exploding and health systems are struggling in countries like Nepal, Sri Lanka and Maldives… and also in Argentina and Brazil," said Unicef director Henrietta Fore.

"The cost for children and families will be incalculable."

Countries in Africa are some of the most reliant on doses through the Covax scheme.

But, like in many parts of the world, there has also been hesitancy around receiving the vaccine among some communities.

Another major challenge is physically getting the doses into people's arms, which requires health workers to be specially trained and the vials to be transported to far-flung parts of countries where infrastructure can be limited.

Some nations are now facing the prospect of deciding whether to give second doses to the most vulnerable who have already been given one jab or continue vaccinating more people as planned in the hope that the next shipments turn up soon.

"We're in a situation now where healthcare workers and frontline workers in many countries in Africa are yet to be vaccinated," Ghandi said.

"And yet higher-income countries are vaccinating lower-risk populations, such as teenagers."

Nations including Rwanda, Senegal and Ghana are already using some of their last remaining doses, according to the World Health Organisation. 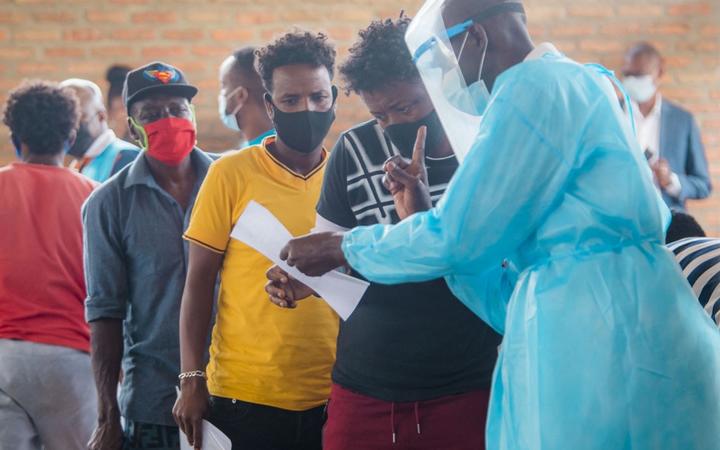 Refugees from Libya queue for their Covid-19 vaccinations at a centre in Kigali in Rwanda, in March. Photo: 2021 Anadolu Agency

"We really do sympathise with the situation in India," said Dr Richard Mihigo, who heads up the immunisation and vaccine development programme for the WHO in Africa.

"Most of our [18 million] Covax doses so far have come from India.

"I think it's very important [to keep] the global promise of solidarity for those countries that have enough vaccines - to distribute and share them because unless we stop the transmission everywhere, it will be very difficult to end this pandemic, even in places where people have been fully vaccinated."