The government in the Democratic Republic of Congo has launched an evacuation plan for the eastern city of Goma after a large volcano erupted. 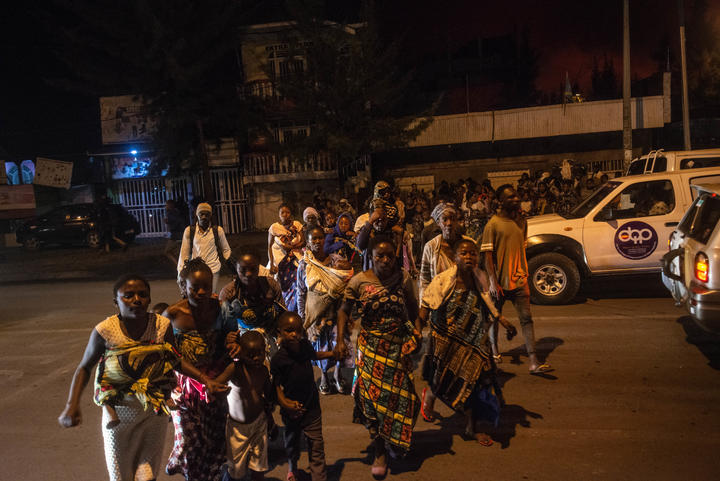 Fountains of high lava burst from the Mount Nyiragongo into the night sky forming a thick orange cloud over Goma, which has a population of two million.

Panicked people were fleeing to safety.

Even before the government's announcement, crowds of residents were seen with mattresses and other belongings, fleeing towards the border with Rwanda.

Resident Carine Mbala told AFP: "There is a smell of sulphur. In the distance you can see giant flames coming out of the mountain."

People have been advised to stay calm, and evacuate towards the town of Sake.

Dario Tedesco, a volcanologist based in Goma, told Reuters news agency that a new fracture had opened up on the volcano, and that the lava was reaching the city's airport. 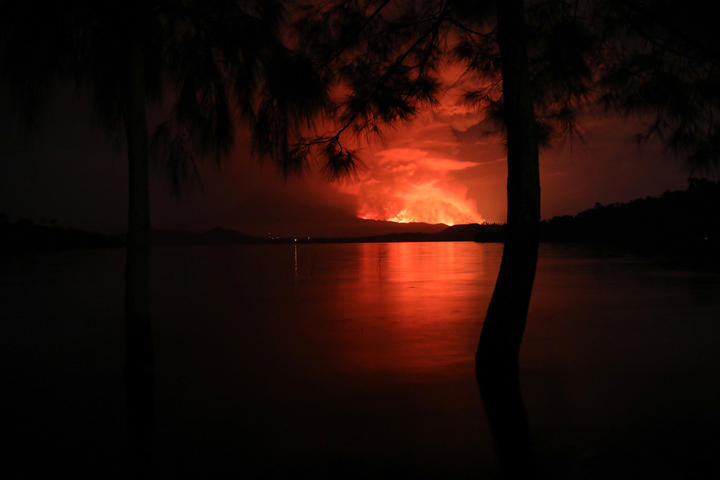 A view of the Nyiragongo volcano taken from Tchegera Island outside Goma. Photo: AFP

One highway that connects Goma with the city of Beni had already been engulfed by the lava, according to the Associated Press news agency. Electricity was out across large parts of the city.

A government spokesman said on Twitter that the government was discussing "urgent measures to take" after the prime minister convened an emergency meeting in the capital, Kinshasa.

A video posted to Twitter by The New Times in Rwanda showed the eruption from the town of Rubavu, near the border with Rwanda.

Others have been posting videos of lava spewing out of the volcano, which recorded its deadliest eruption in 1977, when more than 600 people died.

Mount Nyiragongo is one of the world's more active volcanos but there were concerns that its activity had not been properly observed, since the World Bank cut funding amid allegations of corruption.

VOLCANIC MOUNT Nyiragongo in Goma, the DR Congo, erupts for the first time since 2002, government says residents nearby asked to leave.

BREAKING Mr Nyiragongo in DRC is erupting - video from colleagues in DRC. Hoping people can get away pic.twitter.com/vL8hm6vjPE