Former NRL star Jarryd Hayne has been sentenced to five years and nine months in jail for sexually assaulting a woman on the night of the 2018 grand final. 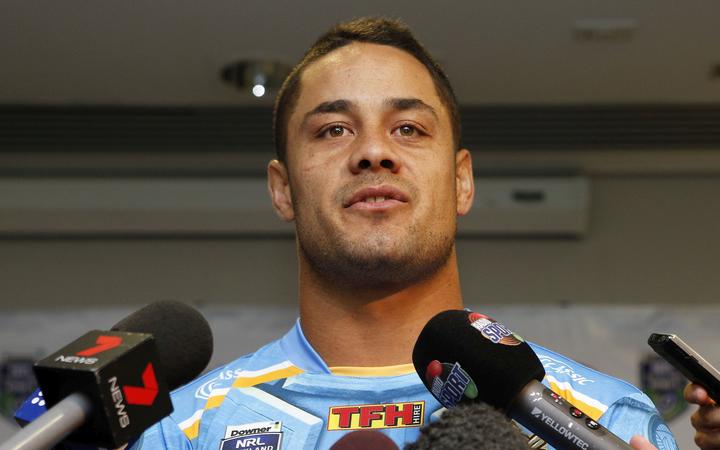 A jury in March found Hayne guilty of two counts of aggravated sexual assault which the victim said left her feeling "dirty, scared and ashamed".

Hayne must serve a minimum of three years and eight months.

In handing down her sentence, District Court Judge Helen Syme said she found that Hayne was fully aware that the victim was not consenting and went ahead anyway.

"The reliability and honesty of the victim's evidence was tested at length and in my view, her reliability was not in doubt. She said no several times," Judge Syme said.

"The use of force was such that the victim had no prospect of stopping him physically.

"He was at least twice her weight at 100 kilograms and an athlete at the top of his form."

In a victim impact statement read out in Newcastle District Court today, the woman, who can't be named, said she would never get over the pain and emotion.

"I was flooded with emotions and incomprehensible feeling," she said.

"Why didn't you stop, so many questions were running through my head.

"I felt dirty and violated, you made me feel like an object and were looking straight through me."

There were hectic scenes as Hayne arrived at court this morning flanked by a dozen supporters.

During the trial, the Crown alleged Hayne sexually assaulted the woman in her bedroom while her mother was also in the house, causing two injuries in the process, before leaving.

The woman said the incident left her "shocked and scared".

"I have spent countless hours crying, the feeling of feeling dirty doesn't go away," she said.

"Sometimes I am so depressed that I can't get out of bed."

She told the court she was trying to recover from the ordeal.

"Yes I am destroyed and damaged but I am still standing," she said.

Hayne took the stand as part of the hearing and said he had been poised to sign a new NRL contract with the St George Illawarra Dragons on the day he was charged in 2018.

The former NRL player Tim Mannah was next on the stand, giving evidence for the defence.

He provided a reference for his former teammate describing their shared love of the Bible and Christian faith.

Defence barrister Richard Pontello used his submission to talk up Hayne's reconnecting with his faith.