The United States has told its citizens to leave India as soon as possible as the country battles a devastating coronavirus wave. 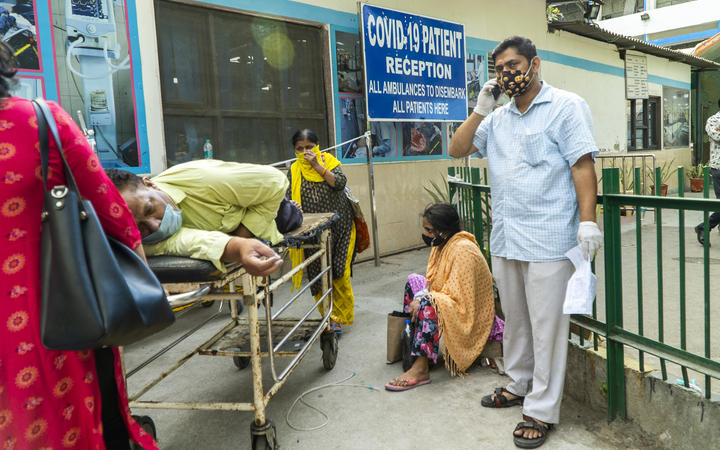 In this picture taken on April 23, 2021, relatives wait next to a Covid-19 coronavirus patient laying on a stretcher in a hospital complex for admission in New Delhi. Photo: AFP

The US embassy warned that "access to all types of medical care is becoming severely limited".

The level 4 "do not travel" advisory is the highest of its kind issued by the Department of State.

The overall death toll in India officially surpassed 200,000 on Wednesday, though experts believe the actual number could be much higher.

In the advisory, US citizens were told "not to travel to India or to leave as soon as it is safe to do so".

"US citizens who wish to depart India should take advantage of available commercial transportation options now," it said.

Some US citizens have reported being denied entry to hospitals due to a lack of space, it added.

The warning comes as the White House said the US is redirecting its own order of the supplies needed to make the AstraZeneca, allowing India to make more than 20 million doses for its own use.

The US is also sending more than $100m in supplies to India, including almost one million instant tests on a first flight.

The Indian government has welcomed what it called an "outpouring of solidarity" from around the world, with more than 40 countries pledging urgently needed equipment.

What's the latest in India?

Hospitals have been overwhelmed, oxygen is in critically low supply and crematoriums are operating non-stop.

Thursday was the deadliest day so far, with 3645 people succumbing to the coronavirus. However, the real death toll is thought to be higher. 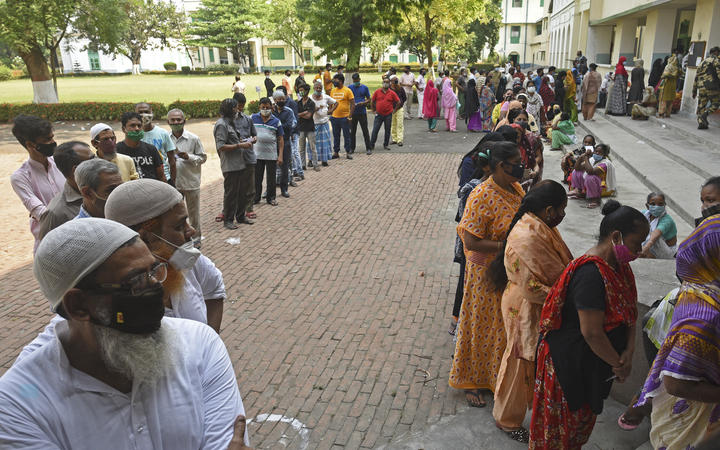 Voters queue up to cast their ballot during the final phase of West Bengal's state legislative assembly elections in Kolkata on 29 April 2021. Photo: AFP

Despite this, the state of West Bengal has been voting in the final phase of elections.

Long queues were seen outside polling booths, raising concerns about further spread of the virus.

Experts fear West Bengal could be the next epicentre. Cases rose by 17,000 on Wednesday - a state record.

The state has already gone through seven phases of voting. West Bengal is one of the few states where Prime Minister Narendra Modi does not have a majority of parliamentary seats.

Modi has been criticised for continuing to hold rallies there even as the virus began overwhelming the country.