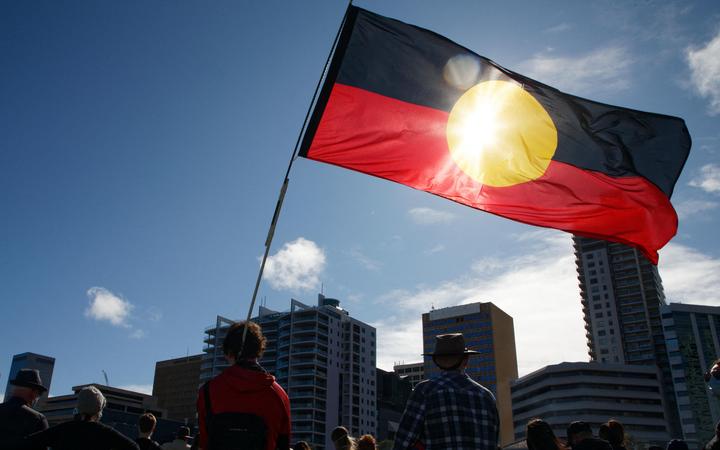 A Corrective Services NSW spokesperson said the 37-year-old man was found unresponsive in his cell about 10am yesterday. He was pronounced dead an hour later.

"Corrective Services NSW and NSW Police are investigating the incident," she said.

"All deaths in custody are subject to a coronial inquest."

Four of the Aboriginal deaths in custody since 2 March have been in NSW prisons. Berejiklian said she did not know the circumstances of the man's death.

"But can I say it's an issue that concerns me deeply," she said.

"Unfortunately, too many people of indigenous heritage are behind bars and shouldn't be.

"These are issues that we need to deal with, and it takes more than one answer for me to be able to provide [that] comprehensively, but can I say it's something I feel very strongly about and something I think we need to address."

A family spokesperson said: "The family is deeply upset, but is asking for privacy at this time, at least until they know more information from the investigations that are under way."

The NSW death comes less than a day after another Aboriginal man died at Melbourne's Port Phillip Prison on Monday night. It is believed he suffered a medical episode.

A spokesperson from the Victorian Department of Justice and Community Safety said a smoking ceremony for the man was being arranged.

"We are consulting with all affected by this death to ensure they are provided with the support they need," she said.

"All deaths in custody are reported to the Coroner, who formally determines the cause of death."

"We don't know the circumstances of this man's death (in Cessnock) but what we do know is it was a person who had a family, whose family and community will be terribly affected," Burney said.

"Just this morning I read a report ... on how the Royal Commission [into Black Deaths in Custody] had not been implemented, and part of it was due to systemic racism, and part of it was about not the appropriate medical attention being provided to Aboriginal prisoners.

"It is a national emergency."

"This is a huge red flag about care in our state's systems," she said. "People who die in prisons in police custody take their final breaths without their loved ones by their side.

She said First Nations communities had solutions for decades, "but governments haven't shown the leadership to turn these ideas into action".

"Deaths in custody aren't inevitable but governments are choosing to turn the other way and let more people die."

The deaths this week coincide with the 30th anniversary of the Royal Commission into Aboriginal Deaths in Custody, with more than 475 Aboriginal people dying in prisons since the 1991 inquiry.

Only a handful of the 339 recommendations from the inquiry's report have ever been implemented.

NSW Deputy Premier John Barilaro said the deaths were unacceptable, and that Australia needed to do more to prevent them.

NSW Greens MP David Shoebridge said there was a deepening breakdown in the relationship between First Nations communities and prison and police authorities in NSW.