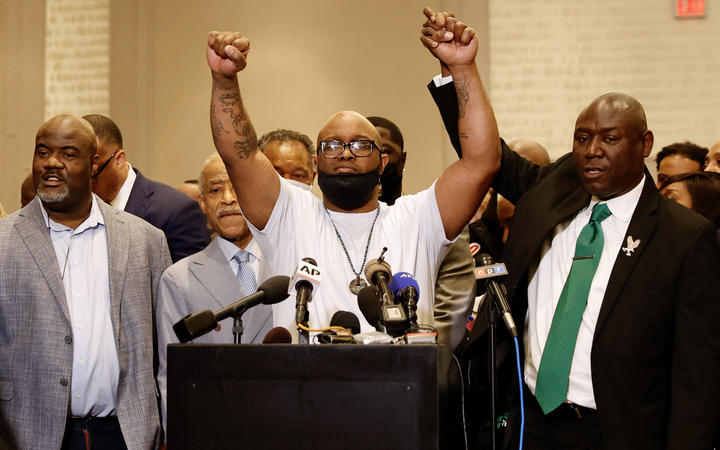 Chauvin, 45, was found guilty of second-degree murder, third-degree murder and manslaughter in the deadly arrest of George Floyd. He was filmed kneeling on Floyd's neck for more than nine minutes during his arrest last May.

"This verdict is a turning point in history and sends a clear message on the need for accountability of law enforcement.

"Justice for Black America is justice for all of America". 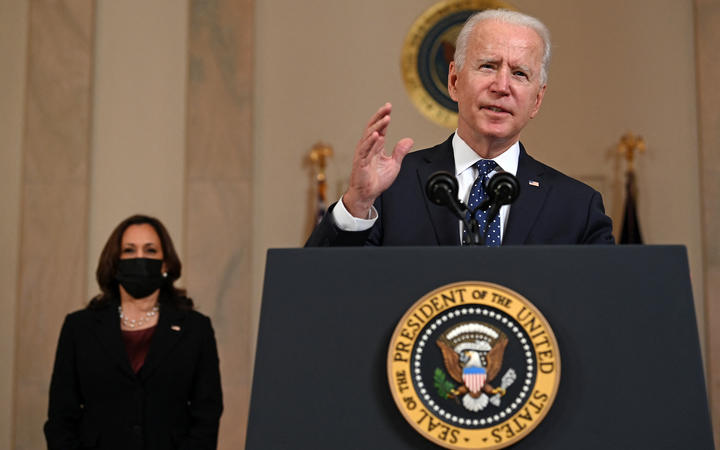 US President Joe Biden said: "This can be a moment of significant change." Photo: AFP

US President Joe Biden called the murder conviction a "step forward" but said such a verdict was much too rare in a country plagued by systemic racism.

"This can be a giant step forward in the march toward justice in America," Biden said in remarks from the White House.

He said George Floyd's death was "a murder in the full light of day".

"It ripped the blinders off for the whole world to see on systemic racism.

"Systemic racism is a stain on the whole nation's soul."

Biden lamented "the knee on the neck of justice for black Americans" and said "enough, enough of these senseless killings".

He thanked the "young woman with a smartphone camera" who filmed George Floyd's death, and the officers who testified against Chauvin "instead of just closing ranks".

"For so many, it feels like it took all of that for the judicial system to deliver basic accountability," he says.

He said Black people "don't have to wake up knowing that they can lose their life in the very course of living their life". 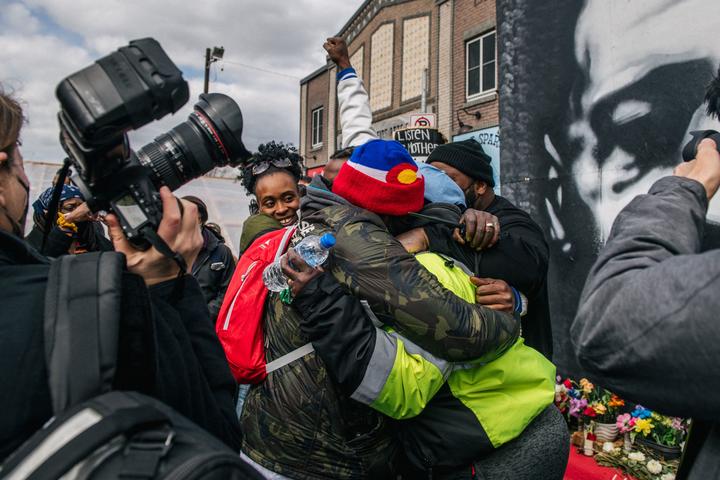 "Today, we feel a sigh of relief. Still, it cannot take away the pain," she says. "We still must reform the system."

"This work is long overdue," she said. "America has a long history of systemic racism."

"Today, a jury did the right thing," the statement said.

"But true justice requires much more. Michelle and I send our prayers to the Floyd family, and we stand with all those who are committed to guaranteeing every American the full measure of justice that George and so many others have been denied." 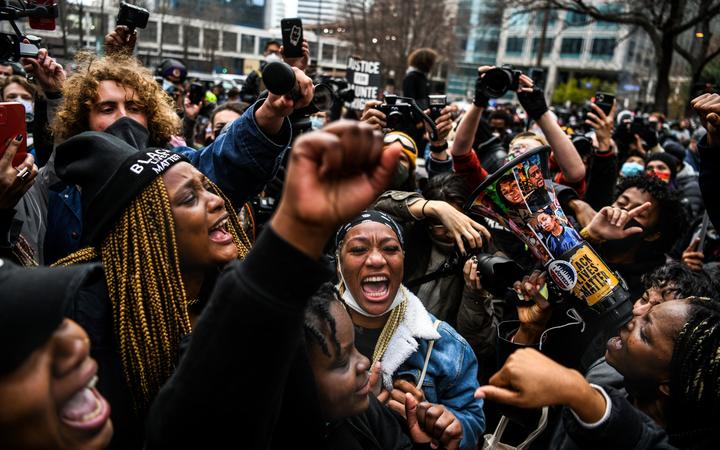 People celebrate as the verdict is announced in the trial of former police officer Derek Chauvin outside the Hennepin County Government Center in Minneapolis, Minnesota on April 20, 2021. Photo: AFP

Outside the courthouse, a crowd of several hundred people erupted in cheers when the verdict was announced.

"I was hoping that we would get justice and it looks like we did," he said. "I'm just very proud of where I live right now."

At George Floyd Square in Minneapolis, the intersection where Floyd was killed and which was later named in his honour, people screamed, applauded and some threw dollar bills in the air in celebration. The site has since become a rallying point for racial justice protests.

Speaking at a news conference, Attorney General Ellison said: "I would not call today's verdict justice because justice implies restoration. But it is accountability, which is the first step towards justice."

"Today we can wipe our tears away and fight on for another day," he said.

"We don't find pleasure in this," he said. "We don't celebrate a man going to jail. We would rather have George Floyd still here."

Leading a group of civil rights leaders in prayer, Sharpton recalled other black victims at the hands of white police officers and noted the funeral of 20-year-old Daunte Wright, fatally shot by police just last week, is just two days away.

He said the verdict was proof that "if we don't give up, we can win some rounds" and the fight will keep going until major police reform is passed at the federal level. "The fight is not over."