Actress Helen McCrory, known for her roles in Peaky Blinders and three Harry Potter films, has died of cancer at the age of 52, according to her husband, the actor Damian Lewis. 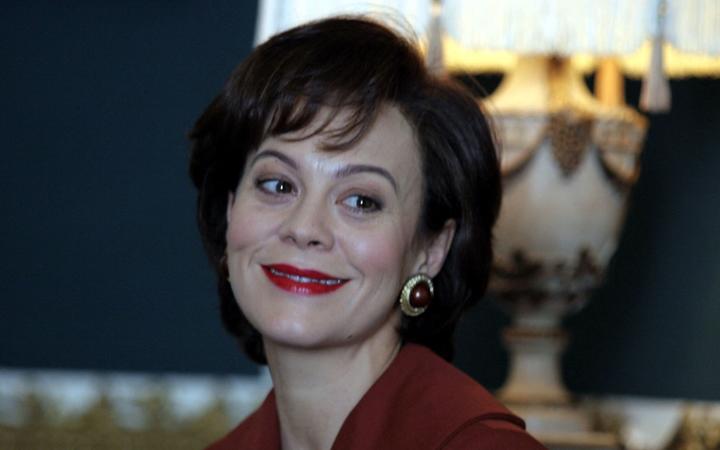 Helen McCrory is pictured at the time of her appearance in The Queen in 2006. Photo: Archives du 7e Art/Pathé Productions / AFP

He said he was "heartbroken", and that she was a "beautiful and mighty woman".

He wrote: "She blazed so brightly. Go now, Little One, into the air, and thank you."

McCrory was also known for her long and acclaimed career on stage.

Homeland star Lewis said she had died "after an heroic battle with cancer".

"The beautiful and mighty woman that is Helen McCrory has died peacefully at home, surrounded by a wave of love from family and friends," he said.

"She died as she lived. Fearlessly. God we love her and we know how lucky we are to have had her in our lives."

McCrory married Lewis in 2007 and they had two children. Last year, the couple raised more than £1 million ($NZ1.9m) to provide NHS workers with meals from high street restaurants during the pressures of the coronavirus pandemic. 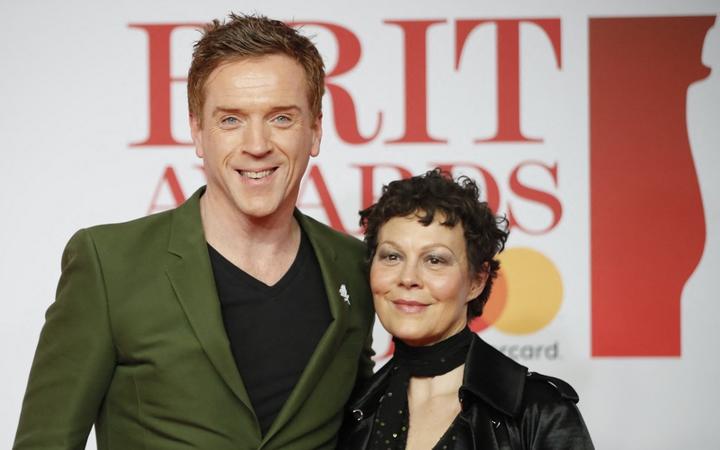 Actor Damian Lewis and his wife, Helen McCrory, pose on the red carpet on their arrival for the Brit Awards in London in February 2018. Photo: AFP

New Zealand actor Sam Neill was among those who delivered tributes. He described McCrory as "that brilliant woman - the greatest of actors".

"She was witty, kind, skilled" Neill said on Twitter.

Goodbye .Devastated my friend #HelenMcCrory died today . That brilliant woman- the greatest of actors. I so loved our time on #PeakyBlinders . She was witty , kind , skilled . Riotously funny .. and so damn cool. So young. Heartbroken for Damien +her family. pic.twitter.com/YHDYsV1VFh

Comedian Matt Lucas, who worked with McCrory and Lewis on the FeedNHS campaign, tweeted that she "will be remembered not just for her remarkable stage and screen performances, but also for her selflessness and generosity".

He added: "She and Damian were the motor driving FeedNHS, working tirelessly during the pandemic to raise millions for others. What a tremendous loss."

In her tribute, Rowling wrote: "I'm devastated to learn of the death of Helen McCrory, an extraordinary actress and a wonderful woman who's left us far too soon.

"My deepest condolences to her family, especially her husband and children."

Peaky Blinders also paid tribute, writing on Twitter: "All our love and thoughts are with Helen's family."

The actress played Aunt Polly, the matriarch of the Shelby clan, in all five series of the hit BBC period gang drama from its start in 2013.

"She really is the brains with Tommy behind the family and you see the difference of how to rule," she said when speaking about 2014's second series. 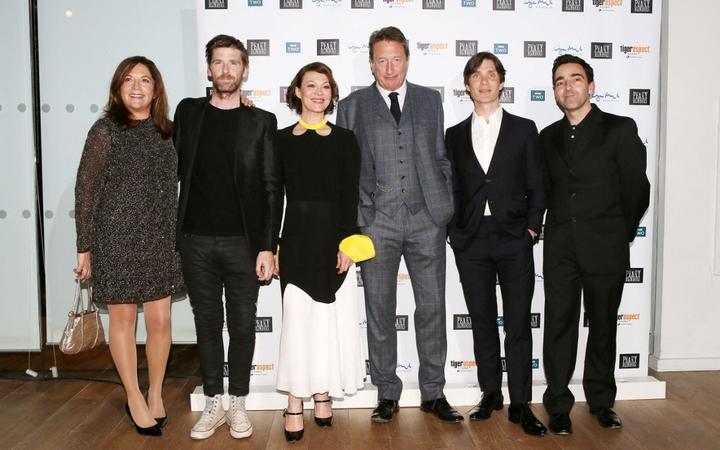 Helen McCrory, third from left, with the cast of Peaky Blinders. Photo: AFP

Her other roles included the MP Clair Dowar in 2012 James Bond film Skyfall, and former Prime Minister Tony Blair's wife Cherie in the films The Queen and The Special Relationship.

She provided the voice of Stelmaria, Lord Asriel's snow leopard daemon, in the recent BBC One TV series His Dark Materials, and the show's Twitter account called her "uniquely talented".

As well as her film and TV credits, she played seven lead roles at the National Theatre and worked at the Royal Shakespeare Company, the Almeida and the Donmar Warehouse.

'One of the greatest actors of our time'

She earned rave reviews for her role in Uncle Vanya in London and New York in 2002 and 2003, and was nominated for two of the West End's Olivier Awards for playing Rosalind in As You Like It in 2006, and for The Last of the Haussmans in 2013.

McCrory also formed the theatrical production company The Public with fellow actor and stage star Michael Sheen. On Friday, he said she was "so funny, so passionate, so smart and one of the greatest actors of our time".

He wrote: "From the first moment I met her when we were just kids it was obvious she was very special. It was an honour to work with her and know her. Much love to Damian and her family. Heartbreaking."

BBC One series Doctor Who also paid tribute to the actress, who appeared in 2010 episode The Vampires of Venice.

We are sad to report the death of actress Helen McCrory, who starred in 'The Vampires of Venice' https://t.co/tIkFbO6uHN pic.twitter.com/vfdI8mWERz

Wizarding World, the official home on Twitter for Harry Potter, wrote that she "played Narcissa Malfoy with such depth and brilliance in the Harry Potter film series".

It added: "She was a wonderful actor and a very dear friend; Harry Potter fans will miss her very much."

Bafta, the British film and TV academy, wrote: "We're sad to hear of the death of actor Helen McCrory. As well as fearless Polly Gray in Bafta-winning Peaky Blinders, she was in 2007 Best Film Bafta winner The Queen, amongst many other films and TV shows."

A diplomat's daughter, her family moved to Cameroon and Tanzania as a toddler, the latter of which she later described as "my most formative country".

"I loved Africa and it stays with you," she told BBC Radio 4's Desert Island Discs last year.

She said she caught the performance bug while performing in the school choir.

"That night I will never forget walking in and standing on that stage, having been not that interested up till then… Suddenly the orchestra started up and I sang so loudly, and the whole body vibrated," she recalled.

"But what I could do is I could be part of another great artist's work. I could be an interpreter. That felt so good, not being me."