At least 71 people have died after flash flooding and landslides hit Indonesia and Timor Leste on Sunday. 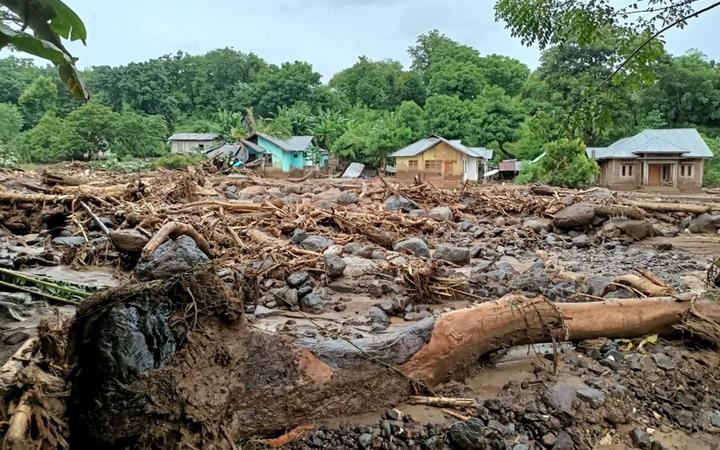 Debris left behind in the town of Adonara in East Flores after floods and landslides swept eastern Indonesia and neighbouring East Timor. Photo: AFP

The affected area stretched from Flores Island in eastern Indonesia to the neighbouring nation of Timor Leste.

More than 40 people are still missing in Indonesia, and officials warn the death toll could rise further.

"There are 55 dead, but this number is very dynamic and will definitely change, while some 42 people are still missing," Indonesian Disaster Mitigation Agency spokesperson Raditya Djati told broadcaster MetroTV.

"The mud and the extreme weather have become a serious challenge and the debris piling up has hampered the search and rescue team," Djati said of the situation in Indonesia.

"We suspect many people are buried but it's not clear how many are missing," his colleague Alfons Hada Bethan, head of the East Flores disaster agency, said.

"The evacuees are spread out. There are hundreds in each sub district but many others are staying at home. They need medicine, food, blankets."

At least 21 people have also died in Timor Leste, news agencies quoted officials in the island nation as saying.

Many of the victims are believed to be from the country's capital Dili.

Indonesian president Joko Widodo has offered his condolences and urged people to follow the advice from officials during extreme weather periods.

"I have ordered for disaster relief efforts to be conducted quickly and well, for example for health service assistance, availability of logistics and basic needs for the displaced and the reparation of infrastructure," he said. 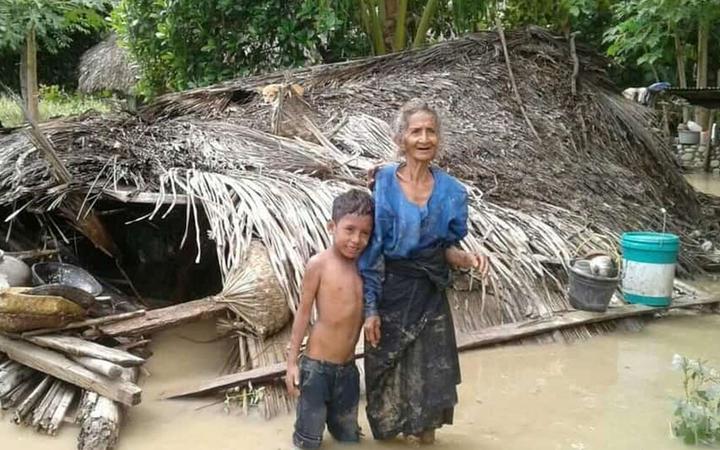 An elderly villager and her grandson stand in floodwaters in front of their damaged home in the village of Haitimuk in East Flores. Photo: AFP

Landslides and flash floods are not uncommon across the Indonesian archipelago during the rainy season.

In January this year, 40 people died when flash floods hit the town of Sumedang on Java.

And last September, at least 11 people were killed in landslides on Borneo while a few months earlier dozens died in Sulawesi. 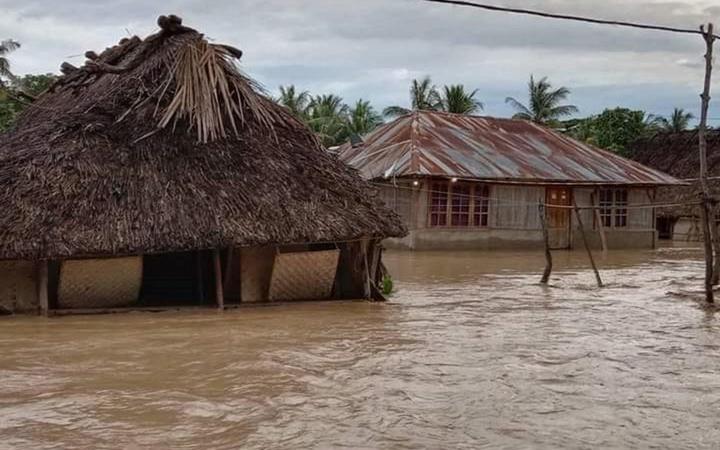 Homes surrounded by floodwaters in the village of Haitimuk in East Flores. Photo: AFP