The Italian government has blocked the export of an Oxford-AstraZeneca vaccine shipment to Australia, according to Italian media reports. 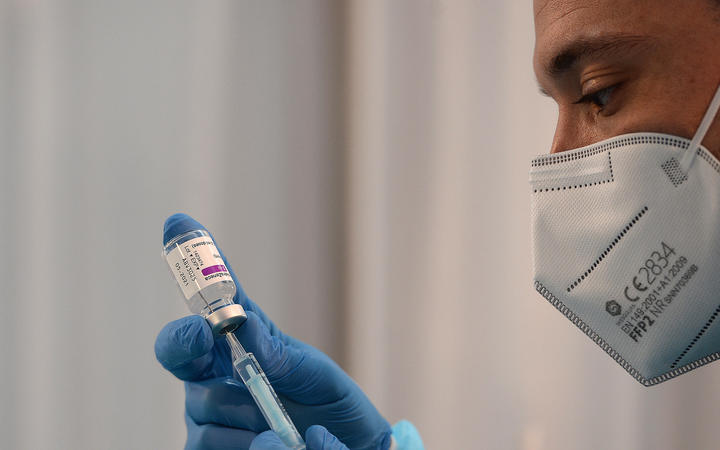 A health worker prepares a dose of the AstraZeneca vaccine against Covid-19. Photo: AFP

It is understood AstraZeneca had asked the Italian government to export 250,000 doses from its Anagni plant near Rome to Australia.

The move has been backed by the European Commission, the reports say.

An EU official also confirmed to the ABC that Italy refused the export authorisation, and the decision was supported by the European Commission.

The ban is believed to be the first time Europe has stopped a vaccine shipment to a non-EU country after it tightened its rules on vaccine exports in January in an effort to secure its own supply.

Australia not a 'vulnerable' country

The Italian government approached the European Commission last week to say that it was its intention to block the shipment.

In a statement on Thursday, the foreign ministry explained the move, saying it had received the request for authorisation on 24 February.

It said that previous requests had been given the green light as they included limited numbers of samples for scientific research, but the latest one - being much larger, for more than 250,000 doses - was rejected.

It explained the move by saying that Australia was not on a list of "vulnerable" countries, that there was a permanent shortage of vaccines in the EU and Italy, and that the number of doses was high compared with the amount given to Italy and to the EU as a whole.

The news comes amid a row between EU officials and the company, which has provided only a fraction of the agreed supply to member states.

Under the EU vaccine scheme, which was established in June last year, the bloc has negotiated the purchase of vaccines on behalf of member states.

In January, the then Italian Prime Minister Giuseppe Conte described delays in vaccine supplies by both AstraZeneca and Pfizer as "unacceptable" and accused the companies of violating their contracts.

AstraZeneca cut its supplies to the EU in the first quarter to 40 million doses from 90 million foreseen in the contract, and later told EU states it would cut deliveries by another 50 percent in the second quarter.

The company later said it was striving to supply missing doses for the second quarter from outside Europe.

The first 300,000 doses of the Oxford-AstraZeneca vaccine arrived by plane in Sydney on Sunday, with the rollout expected to start in Adelaide today after being batch-tested by the Therapeutic Goods Administration.

Australia has secured 53.8 million doses of the Oxford-AstraZeneca vaccine, 3.8 million of which will be manufactured overseas.

The remaining 50 million doses will be made in Australia in monthly doses by medical giant CSL.

Meanwhile, the EU is planning to extend the scheme for Covid-19 vaccines to the end of June, two EU sources have told Reuters.

Extending controls could reignite tensions with countries who rely on shots made in the EU.

The mechanism was set up at the end of January as a reaction to vaccine makers' announcements of delays in the deliveries of Covid-19 vaccines to the EU.

It is due to expire at the end of March, but the European Commission wants to extend it through June, the two officials said.

"The commission will propose its extension into June. And that was greeted by the member states with approval, not necessarily enthusiasm, but there is a feeling that we still need that mechanism," one senior EU diplomat said.

The second official added that at a meeting with EU diplomats on Wednesday, many countries supported the measure, including heavyweights Germany and France.

The EU Commission was not immediately available for a comment.

Italy's Prime Minister Mario Draghi has also called for sanctions on companies that do not respect their contractual obligations with the EU.

When the EU's export control mechanism was introduced in late January it triggered an outcry from importing countries who feared their vaccine supplies might have been hampered.

Under the scheme, companies must get an authorisation before exporting Covid-19 shots, and may have export requests denied if they do not respect their supply commitments with the EU.