The SpaceX company has managed to land one of its Starship prototypes at the end of a high-altitude test flight. 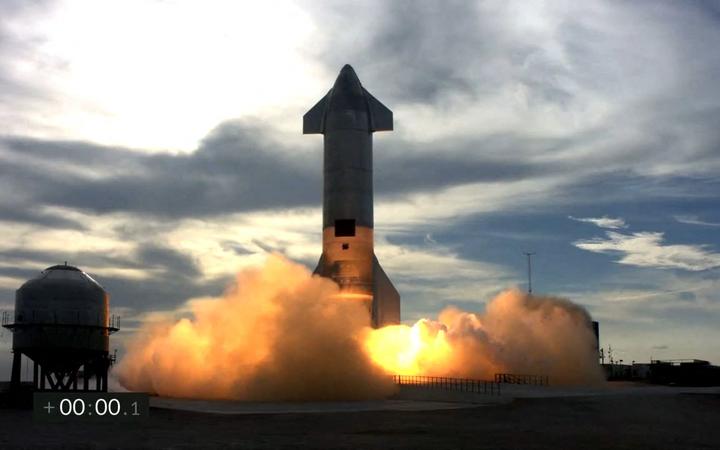 Serial Number 10 (SN10) touched down in Boca Chica, Texas - in contrast to its predecessors SN8 and SN9, which crashed into the ground.

But that wasn't the end of the story. The next-generation space vehicle put down heavily on its extended legs. A fire then developed around its base and eight minutes later SN10 blew itself apart on the landing pad.

Nonetheless, SpaceX will be hugely encouraged by the test and the fact that the prototype successfully executed its in-flight manoeuvres and managed to make a reasonably soft landing. These milestones will give the company confidence as it moves forward with the ambitious concept.

These vehicles carry out regular missions - both crewed and uncrewed - for the US space agency (Nasa), the American military, and other commercial concerns.

Chief executive Elon Musk says the new 50m-tall Starship will do it all, bigger and better - orbiting satellites and carrying passengers, both around the Earth and to off-world destinations such as the Moon and Mars.

Indeed, he has promised a lunar excursion in 2023 to the Japanese online fashion retail billionaire Yusaku Maezawa. 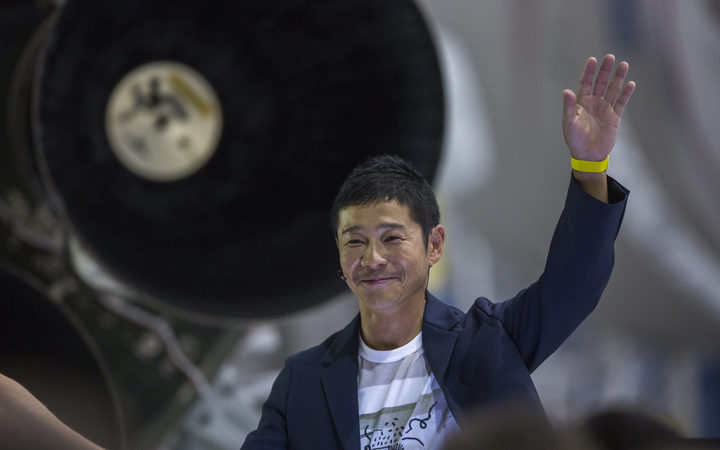 Maezawa will travel in a Starship with eight other individuals, and opened applications this week to anyone who might be interested in joining his "dearMoon" venture.

Wednesday's high-altitude test proceeded much like the previous prototype flights.

The uncrewed SN10 left its launch mount at the Boca Chica R&D facility, and rose vertically on the thrust of three methane-burning Raptor engines.

These power units shut down in sequence as the target height of roughly 10km was approached, with the vehicle then leaning over into the horizontal for the drop to the ground.

This belly-flop descent, controlled by large flaps at either end of the vehicle, is intended to simulate how future operational Starships will re-enter the Earth's atmosphere from orbit, presenting a large surface area to the direction of travel to scrub off speed.

The vehicle is supposed to transition back to a tail-down configuration just before reaching the surface.

SN8 and SN9 couldn't manage it. Both vehicles failed to adopt the correct orientation and reduction in speed.

SN10, however, got it right, slowing rapidly and putting down on a concrete pad. A major contribution to the success was undoubtedly the decision this time to re-light all three Raptors ahead of landing, ensuring at least two engines were available to provide the necessary braking thrust.

But all was not perfect. SN10 was leaning. Its stubby legs deployed at touchdown appeared to have collapsed. And as water hoses tried to extinguish a fire at the base of the vehicle, it suddenly leapt upwards and exploded.

SpaceX already has other prototypes in various stages of assembly at Boca Chica, up to SN19 currently.

The Starship will eventually launch atop a booster called Super Heavy. This too is in build at Boca Chica.

It will feature perhaps 28 Raptors, producing more than 70 meganewtons (16 million lbs) of thrust - about double that of the Apollo Saturn 5 rocket, which sent men to the Moon.

When combined, both parts of the new SpaceX system - Starship and Super Heavy - will stand about 120m tall on the launch pad.

The two elements are being designed to be fully reusable, making propulsive returns at the end of each mission.

SpaceX hopes Starship can be involved in Nasa's return to the Moon this decade. It is in competition with other aerospace companies to provide a landing system to take astronauts down to the lunar surface.