By Jonathan Amos for the BBC

Nasa astronauts Doug Hurley and Bob Behnken have returned to Earth after a two-month stay on the space station. 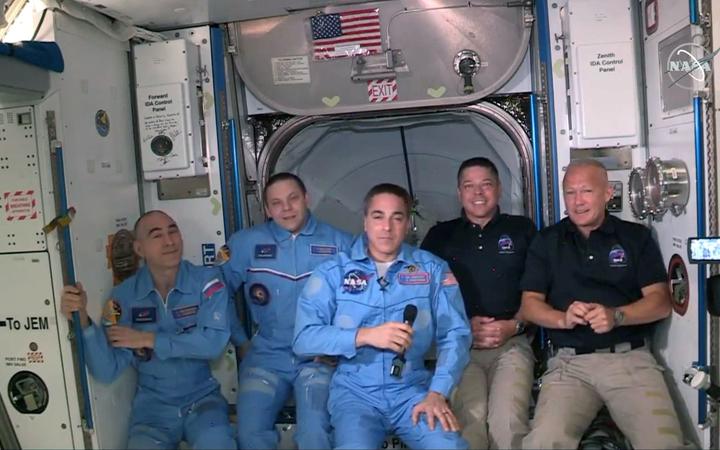 The successful end to the crew's mission initiates a new era for the American space agency.

All its human transport needs just above the Earth will in future be purchased from private companies.

The government agency says contracting out in this way will save it billions of dollars that can be diverted to getting astronauts to the Moon and Mars.

The sight of the vehicle's four main parachutes floating down over the Gulf of Mexico was confirmation the spacecraft had survived its fiery descent through the atmosphere.

.@AstroBehnken and @Astro_Doug have been lifted out of the water and are aboard the Go Navigator. Welcome home. #LaunchAmerica pic.twitter.com/gjqUcLMy8X

Recovery vessels are now working to make the capsule safe and lift it out of the water. The astronauts will then be able to get out.

The men will be checked over by medical staff before being flown to shore by helicopter.

The astronauts' Dragon capsule launched to the space station at the end of May on a Falcon 9 rocket, also supplied by SpaceX. 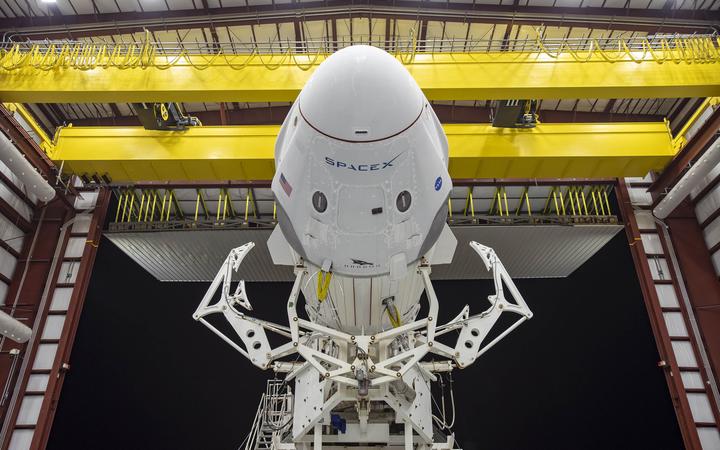 In this image released by Space X, the Crew Dragon spacecraft and the SpaceX Falcon 9 rocket are pictured at Launch Complex 39A on May 21, 2020. Photo: AFP

Their mission served as an end-to-end demonstration of the astronaut "taxi service" the company, owned by tech entrepreneur Elon Musk, will be selling to Nasa from now on.

The Boeing corporation is also developing a crew capsule solution but has had to delay its introduction after encountering software problems on its Starliner capsule.