US President Donald Trump is pardoning former White House adviser Steve Bannon, who is accused of fraud in a case involving funding for Trump's campaign-promise border wall, a senior administration official has confirmed. 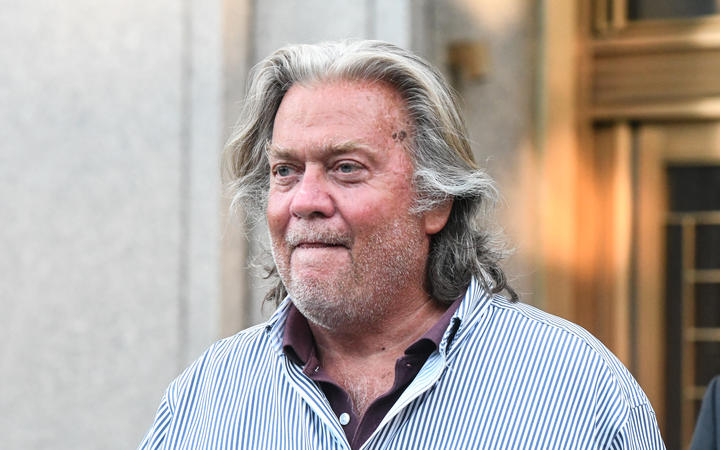 The clemency offered by Trump is part of a wave of pardons and commutations in his final hours in office.

Trump was not expected to pardon himself, members of his family or lawyer Rudy Giuliani, who was at the forefront of unsuccessful efforts to get the results of the 2020 presidential election overturned.

Trump leaves office on Wednesday (local time), when Joe Biden is sworn in as the nation's next president.

Bannon, who was a key adviser in Trump's 2016 presidential run, was charged last year with swindling Trump supporters over an effort to raise private funds to build the president's wall on the US-Mexico border. He has pleaded not guilty.

White House officials had advised Trump against pardoning Bannon. The two men have lately rekindled their relationship as Trump sought support for his unproven claims of voter fraud, an official familiar with the situation said.

Bannon, 67, is the latest prominent political ally to receive clemency from Trump, who has often used the powers of the executive branch to reward loyalists and punish his enemies.

Bannon can still be charged in state court in New York, where a pardon would not help him, said Daniel R Alonso, a former prosecutor now at the Buckley law firm. Fraud prosecutions are frequently brought by the Manhattan District Attorney's Office, Alonso said.

A full pardon was also given to a former Google engineer Anthony Levandowski, 40, sentenced for stealing a trade secret on self-driving cars months before he briefly headed Uber Technologies Inc's rival unit.

Levandowski, 40, received a prison sentence of 18 months after pleading guilty in March. He was not in custody but a judge had said he could enter custody once the Covid-19 pandemic subsided.

The White House said Levandowski had "paid a significant price for his actions and plans to devote his talents to advance the public good".

Alphabet Inc's Waymo, a self-driving auto technology unit spun out of Google, did not immediately respond to a request for comment.

The pardon was backed by several leaders in the technology industry who have supported Trump, including investors Peter Thiel and Blake Masters and entrepreneur Palmer Luckey, according to the White House.

Levandowski transferred more than 14,000 Google files, including development schedules and product designs, to his personal laptop before he left, and while negotiating a new role with Uber.

Broidy, who was a top fundraiser for Trump during the 2016 campaign, pleaded guilty in October to violating lobbying laws by attempting to influence the administration on behalf of Chinese and Malaysian interests.

Lil Wayne, 38, whose real name is Dwayne Michael Carter Jr, pleaded guilty in federal court in December to illegally possessing a firearm and faced up to 10 years in prison. He has expressed support for Trump's criminal justice reform efforts.

Trump previously pardoned former National Security Adviser Michael Flynn for lying to the FBI about his conversation with the former Russian ambassador, and he commuted the prison term for Roger Stone, who was convicted of lying to Congress during its investigation into Russian interference in the 2016 presidential election. 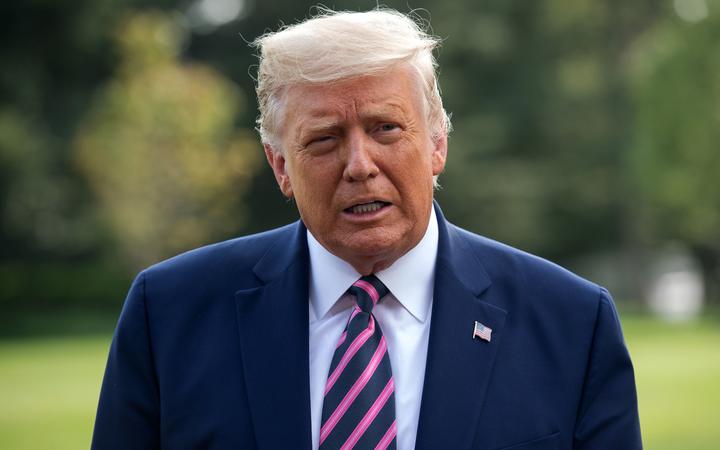 Trump has talked in recent days about forming a new political party to exert continued influence after he leaves the White House, according to media reports.

Trump discussed the matter with several aides and other people close to him last week, the The Wall Street Journal reported.

The president said he would want to call the new party the Patriot Party, sources told the newspaper.