Israel has reportedly carried out a wave of air strikes on Iran-backed militia positions in Syria, the fourth such attack in two weeks. 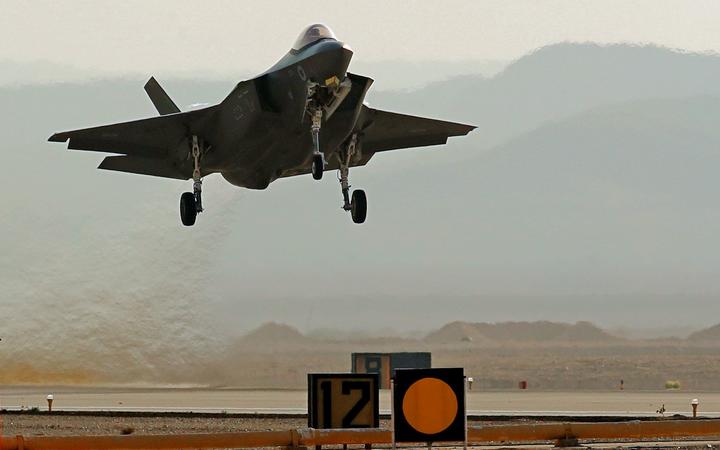 It did not mention any casualties, but the UK-based Syrian Observatory for Human Rights said 14 Syrian soldiers and 43 allied militiamen were killed.

Israel has not commented, but it often attacks Iran-linked targets in Syria.

The chief of staff of the Israel Defense Forces (IDF), Gen Aviv Kochavi, told Israeli media last month that it had struck more than 500 targets during 2020 "on all fronts, in addition to multiple clandestine missions".

"The Iranian entrenchment in Syria is in a clear slowdown as a result of IDF activity, but we still have a long way to go to complete our goals," he said.

Israel has accused its enemy of building up a force inside Syria and using the country to smuggle advanced weapons to Lebanon's Hezbollah movement.

Iran is believed to have deployed hundreds of troops to Syria and to have armed, trained and financed thousands of Shia Muslim militiamen - from Lebanon, Iraq, Afghanistan and Yemen - to support forces loyal to President Bashar al-Assad in the nine-year Syrian civil war.

Sana reported that Israel had carried out "air aggression" around the city of Deir al-Zour and the town of Albu Kamal, which is near the Iraqi border, early on Wednesday (local time).

It said the damage was still being assessed and accused Israel of "directly interfering to support terrorist organisations", particularly the jihadist group Islamic State (IS), which is active in the area.

The Syrian Observatory for Human Rights, which monitors the conflict in Syria through a network of sources on the ground, reported that 18 Israeli strikes had targeted military storage facilities and a base on the outskirts of Deir al-Zour, military installations in Albu Kamal, and warehouses outside Mayadin.

At least 57 people were killed, including 14 Syrian soldiers, 16 Iraqi fighters and 11 Afghans, and many others were wounded, the group said.

Forces linked to Hezbollah and the Fatemiyoun Brigade, an Afghan Shia militia, operated in the areas that were attacked, it added.

Iran's state-run Arabic TV channel, Al-Alam, quoted a source as saying "no Iranians, Syrians, or members of the Fatemiyoun Brigade were martyred".

An unnamed senior US intelligence official told the Associated Press that the air strikes had been carried out with intelligence provided by the US and that they had targeted warehouses being used as part of a pipeline to store and stage Iranian weapons.

The warehouses also served as a pipeline for components that supported Iran's nuclear programme, according to the official.

Omar Abu Layla, the Europe-based head of the activist DeirEzzor24 news website, tweeted that the warehouses had contained a shipment of missiles and other weapons brought to the Deir al-Zour area by the Fatemiyoun Brigade in recent weeks for distribution among Iran-backed militias.

He described the air strikes as "a painful blow that indicates how much the Israelis are monitoring Iranian movements in every inch of Syria".