Disgraced New South Wales MP Daryl Maguire has made a string of admissions to the state's corruption investigator this week - but a legal prosecution is no certainty. 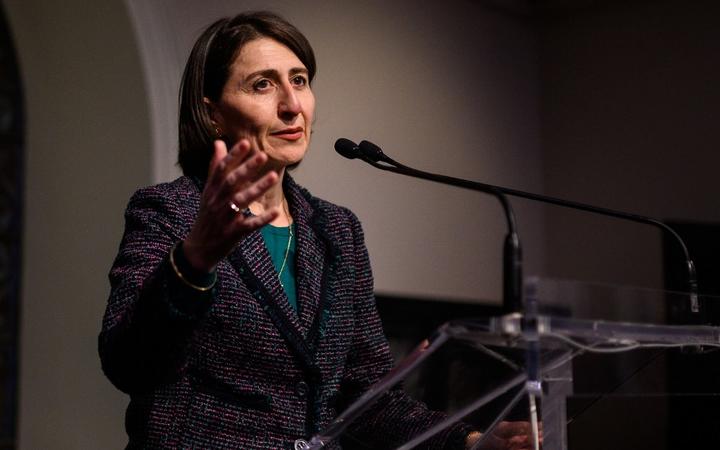 The former member for Wagga Wagga has been frank about his involvement in a "cash-for-visa" scam for Chinese nationals, failing to disclose business interests in line with MPs' obligations and "monetising" his office to benefit both himself and associates.

The inquiry has also heard Maguire discussed property deals with New South Wales Premier Gladys Berejiklian during 2017, when they were in a secret relationship, and facilitated a "drop-in" meeting between the Premier and a property developer.

But what unfolds after an Independent Commission Against Corruption (ICAC) inquiry is often more of political consequence than legal significance.

The Premier has faced what she described as a "personal nightmare", as her secret five-year relationship with Maguire was publicly revealed. She also copped a grilling in Question Time over what she did or didn't know about his conduct.

But it remains to be seen whether Maguire will face prosecution over his evidence to the corruption watchdog.

In general, ICAC can make findings of serious corrupt conduct and refer evidence to the Director of Public Prosecutions to consider prosecution, disciplinary action, or further investigation.

In the past, it has also referred matters to the Australian Federal Police, Security Intelligence Organisation, Taxation Office, Border Force and other states' police forces.

The commission's annual reports provide an insight into where past investigations have landed.

In 2018 to 2019, ICAC made 57 findings of serious corrupt conduct and asked for the Director of Public Prosecutions' advice on eight people.

But past inquiries tell us the process of investigation and public hearing can cause more waves than the outcome itself.

Arguably the most high-profile result was the 2014 resignation of former premier Barry O'Farrell, over the now-infamous $3,000 bottle of Penfolds Grange.

During his evidence to ICAC, O'Farrell denied receiving the gift from Australian Water Holdings executive Nick Di Girolamo, but when the commission uncovered a handwritten thank you note, he resigned citing a "massive memory fail".

However, when the ICAC report was published three years later, no adverse findings were made against O'Farrell.

Another former premier, and ironically the "father" of the ICAC, Nick Greiner, also fell victim to the corruption watchdog,

It shone the spotlight on his decision to give a job to former education minister Terry Metherell.

While findings against Greiner were later overturned by the Court of Appeal, he was forced to resign after it was clear he had lost the support of key independents.

The watchdog has previously faced criticism for airing evidence in public hearings that would not be admissible in court.

Probes have unravelled on appeal, including an attempted public hearing into then-prosecutor Margaret Cunneen SC over allegations related to a drink-driving test conducted on her son's girlfriend.

Cunneen had her name cleared in the High Court, which ruled the ICAC exceeded its authority by misinterpreting its own governing act.

But weighing up the number of convictions secured as a result of ICAC probes has been described as an "imperfect indicator" of the commission's performance, because of its investigative nature.

In a 2015 review of the ICAC, barrister Bruce McClintock SC wrote that the proportion of corrupt conduct findings ultimately reflected in criminal convictions was "relatively low".

"The discrepancy between convictions and findings of corrupt conduct, in fact, provides an eloquent demonstration of the fundamental distinction between an ICAC investigation and its function and the criminal justice system and its purpose and that of the criminal trial," he wrote.

The public spectacle created by Maguire's case may be drawing to a close, but the process is far from over.