The German Research Vessel Polarstern has sailed back into its home port after completing a remarkable expedition to the Arctic Ocean. 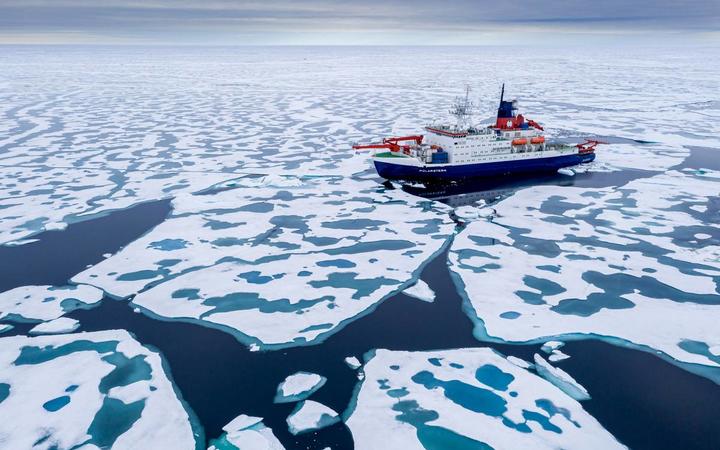 Heading for the new MOSAiC ice floe, Polarstern takes the shortest way to the area of interest: via the North Pole. Photo: Alfred-Wegener-Institut / Steffen Graupner

The ship spent a year in the polar north, much of it with its engines turned off so it could simply drift in the sea-ice.

The point was to study the Arctic climate and how it is changing.

And expedition leader professor Markus Rex returned with a warning. "The sea-ice is dying," he said.

"The region is at risk. We were able to witness how the ice disappears and in areas where there should have been ice that was many metres thick, and even at the North Pole - that ice was gone," the Alfred Wegener Institute scientist told a media conference in Bremerhaven on Monday.

RV Polarstern was on station to document this summer's floes shrink to their second lowest ever extent in the modern era.

Welcome home #Polarstern! After more than a year in the Arctic, the ship arrived in Bremerhaven today. The largest expedition to the Arctic so far consisted of over 20 countries. Why? We need more knowledge on climate change. @MOSAiCArctic #MultilateralismMatters pic.twitter.com/vEDZYqhWLW

The floating ice withdrew to just under 3.74 million sq km (1.44 million sq miles). The only time this minimum has been beaten in the age of satellites was 2012, when the pack ice was reduced to 3.41 million sq km.

The downward trend is about 13 percent per decade, averaged across the month of September.

"This reflects the warming of the Arctic," Rex said. "The ice is disappearing and if in a few decades we have an ice-free Arctic - this will have a major impact on the climate around the world." 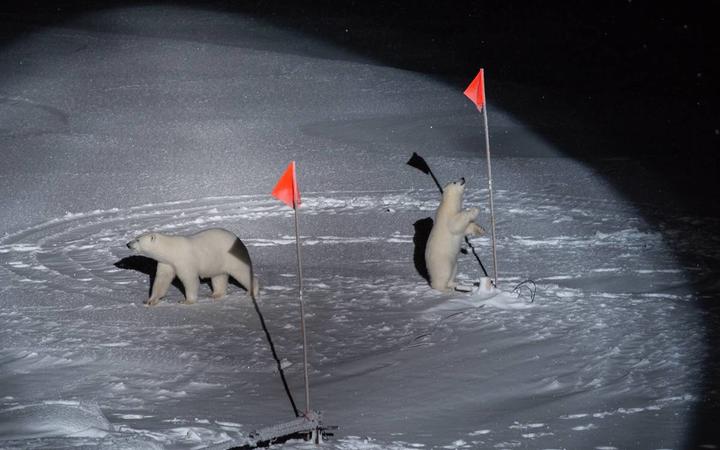 The €130m (£120m/$150m) cruise set off from Tromsø, Norway, on 20 September last year. The project was named the Multidisciplinary drifting Observatory for the Study of Arctic Climate (MOSAiC).

The idea was to recreate the historic voyage of Norwegian polar researcher Fridtjof Nansen, who undertook the first ice drift through the Arctic Ocean more than 125 years ago.

RV Polarstern embedded itself in the ice on the Siberian side of the Arctic basin with the intention of floating across the top of the world and emerging from the floes just east of Greenland.

In the course of this drift, hundreds of researchers came aboard to study the region's environment.

They deployed a battery of instruments to try to understand precisely how the ocean and atmosphere are responding to the warming forced on the Arctic by the global increase in greenhouse gases. 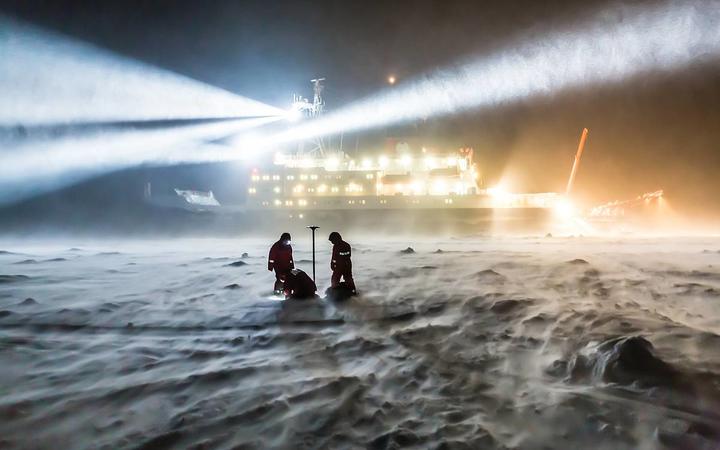 AWI sea-ice physicists are working on the sea ice, while the wind is accelerating and the snow drift is increasing. Photo: MOSAiC / Stefan Hendricks

Coronavirus only briefly interrupted the expedition - not by making participants ill, but by obliging the ship at one point to leave the floes to go pick up its next rotation of scientists. Other ships and planes were supposed to deliver the participants direct to RV Polarstern, but international movement restrictions made this extremely challenging in the early-to-middle part of this year.

Despite the hiatus, Rex declared the MOSAiC project a huge success.

The mass of data and samples now in the possession of researchers would make the modelling they use to project future climate change much more robust, he explained.

It was as if the MOSAiC scientists had been shown the inner workings of an intricate clock, he said.