The head of the World Food Programme is using his new platform to tell billionaires to share their wealth that has increased during Covid-19 to help the world's hungry. 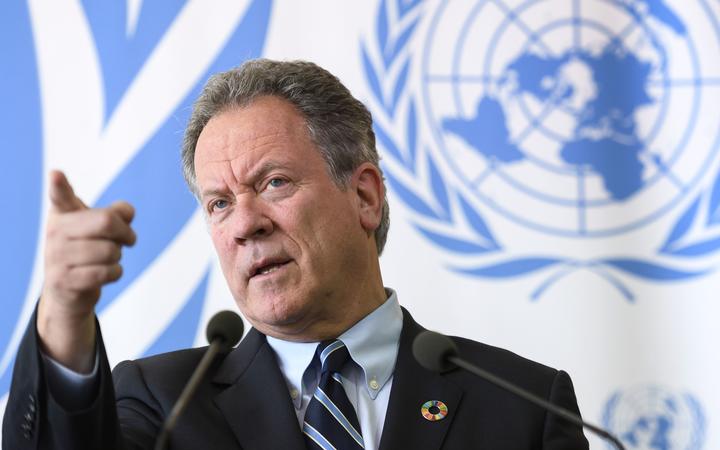 David Beasley says the Nobel Peace Prize is a clarion call "to the billionaires who are making billions off Covid". Photo: AFP

The United Nations' World Food Programme, which has coordinated medical logistics during the coronavirus pandemic, won the Nobel Peace Prize last night in what its boss said was a call to action that no one should go hungry with the wealth in the world today.

The Rome-based organisation says it helps some 97 million people in about 88 countries each year and that one in nine people worldwide still does not have enough to eat.

WFP executive director David Beasley said the prize was a clarion call "to our donors around the world" and "to the billionaires who are making billions off Covid".

Beasley has expressed his elation at winning the Nobel Peace Prize - saying members of his team are working in the most difficult places in the world and really deserve the prize.

"All the wealth in the world today no one should go to bed hungry, much less starve to death."

Only this week, a report by UBS and PwC found billionaire wealth had reached a record high during the pandemic, helped by a rally in stock prices.

"The need for international solidarity and multilateral cooperation is more conspicuous than ever," Berit Reiss-Andersen, chairwoman of the Norwegian Nobel Committee, told a news conference.

The head of the awards committee called the WFP a driving force in efforts to prevent the use of hunger as a weapon of war and conflict, and said the Covid-19 pandemic, which the WFP says could double hunger worldwide, had made it even more relevant.

At one point at the height of the pandemic, as airlines were cutting back flights, the WFP was running the largest operational airline in the world, a WFP spokesman said.

WFP runs a logistics service that has dispatched medical cargoes to over 120 countries throughout the pandemic to help governments and health partners fighting Covid-19.

It has also provided passenger services to ferry humanitarian and health workers where commercial flights were unavailable.

"Until the day we have a medical vaccine, food is the best vaccine against chaos," the Nobel committee said in its citation. 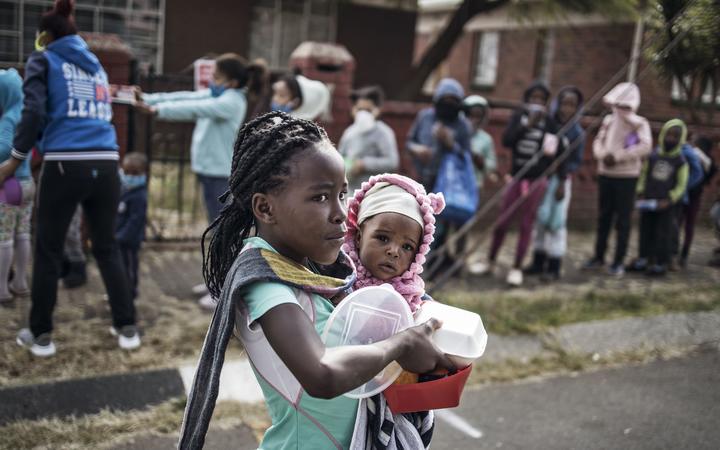 A child holds a sibling while carrying a food parcel collected from a charity in Johannesburg. There are fears the pandemic could double hunger rates worldwide. Photo: AFP

Dan Smith, director of the Stockholm International Peace Research Institute, said the Norwegian Nobel Committee had wanted to send a message of both hope and "support for international cooperation".

"Hunger, like climate change, the pandemic and other issues, is a world problem that can only be properly addressed through cooperation," he said.

"Unfortunately, in too many quarters, especially among the great powers, there is a declining appetite for cooperation."

He noted that, after declining for several decades, world hunger had been on the rise again since 2016.

This year, there were 318 contenders - 211 individuals and 107 organisations.

Among them were Greta Thunberg, Jacinda Ardern, WHO, the European Court of Human Rights, Julian Assange, Edward Snowden and Chelsea Manning, the "people of Hong Kong" and jailed Saudi activist Loujain al-Hathloul.

The Norwegian Nobel Committee plans to go ahead with an award ceremony, albeit in a reduced format due to the pandemic, in Oslo on 10 December, the anniversary of the death of Swedish industrialist Alfred Nobel, who founded the awards in his 1895 will.

The Nobel Peace Prize is worth 10 million Swedish crowns, or around $NZ1.7 million.