The Democratic senator for California Kamala Harris took to the stage with Vice-President Mike Pence in a vice-presidential debate that was being described as one of the most fascinating ever.

The United States is in the grip of a coronavirus pandemic that has reached all the way to the White House. That President Trump himself has Covid-19 has reminded Americans that the vice-president is just a heartbeat away from the presidency, next in line to the most powerful political office in the world.

Now 77, Democractic challenger Joe Biden would be 78 upon taking office in January, which would make him the oldest US president in history. Trump is 74, making his Covid-19 particularly dangerous considering his age and underlying health issues. Trump already is the oldest president to seek re-election.

So it's a fair bet that voters will be looking for signs that Pence and Harris have the right stuff to take over if needed - and can be more presidential than the would-be presidents were at their bitter debate last week.

Pence and Harris were separated by plastic barriers for a 90-minute debate, a reminder of how the coronavirus pandemic has affected the race ahead of the 3 November election.

Biden is leading Trump in national polls, including an advantage of 12 percentage points in the latest Reuters/Ipsos survey of likely voters. Polls show the race to be closer in some of the election battleground states that could determine the winner, although a Reuters/Ipsos poll today showed Biden leading Trump in pivotal Florida.

Harris, who will be on the biggest stage of her political career, is a US senator from California picked by Biden in August as his running mate.

The daughter of immigrants - her father from Jamaica and her mother from India - Harris is the first Black woman nominated by a major party for vice president as well as the first person of Asian descent. 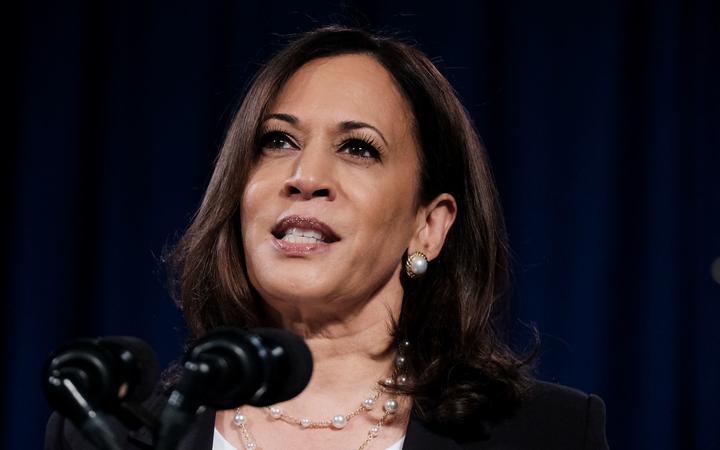 Kamala Harris is facing the biggest moment of her career. Photo: AFP

Pence is a former US congressman and Indiana governor who has steadfastly defended Trump during his tumultuous presidency.