US President Donald Trump has revealed his nomination to fill the vacancy on the US Supreme Court left by the death of Ruth Bader Ginsburg. 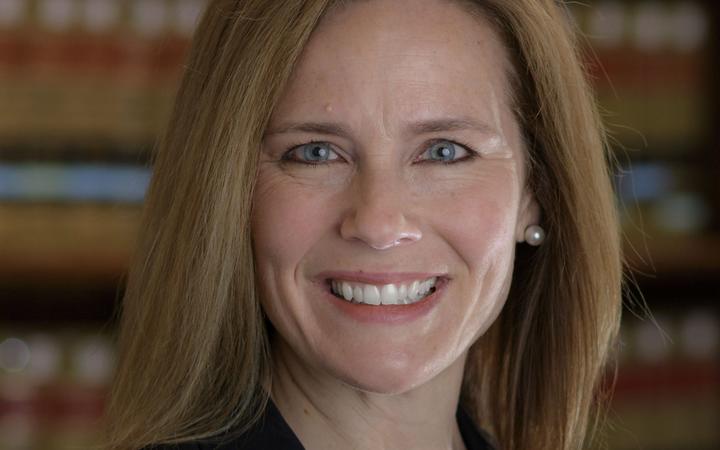 Trump has said he will formally announce on Saturday his choice to replace Ginsburg, the liberal icon who died on 18 September at age 87. The Republican president had multiple times this week mentioned Barrett as under consideration.

Two sources confirmed on Friday that Trump plans to nominate Barrett, but warned that Trump could change his mind. Trump himself told reporters on Friday that he had made his decision, but declined to say who his pick was.

Barrett was appointed by Trump to the Chicago-based 7th US Circuit Court of Appeals in 2017 and is known for her conservative religious views. Supreme Court justices are given lifetime appointments.

If confirmed, Trump's nominee would give conservatives a commanding 6-3 majority on the court at a time of intense political divisions in the United States.

Barrett has been viewed as a frontrunner throughout, along with fellow federal appeals court judge Barbara Lagoa. Barrett previously served as a clerk to conservative Supreme Court Justice Antonin Scalia, who died in 2016.

Trump said he did not meet with Lagoa during a campaign trip to Florida.

Trump's nominee has what appears to be a clear path to Senate confirmation before the 3 November presidential election, with Republicans holding a 53-47 majority in the chamber and only two senators in his party indicating opposition to moving forward with the process.

Democrats have objected to the Senate acting on Trump's nominee in light of the decision by Republicans in the chamber in 2016 to refuse to consider Democratic President Barack Obama's nominee to replace Scalia after he died during a presidential election year.

Trump has made two previous Supreme Court appointments: Neil Gorsuch in 2017 and Brett Kavanaugh in 2018.

Ginsburg, a champion of gender equality and various liberal causes, made history again on Friday as the first woman and first Jewish person to lie in state in the US Capitol. Democratic presidential candidate Joe Biden attended the ceremony a day after Trump was greeted with jeers and boos by a nearby crowd as he visited Ginsburg's flag-draped coffin outside the Supreme Court building.