North Korea has expressed regret that it shot dead a missing South Korean to prevent the spread of coronavirus, says the South's national security adviser. 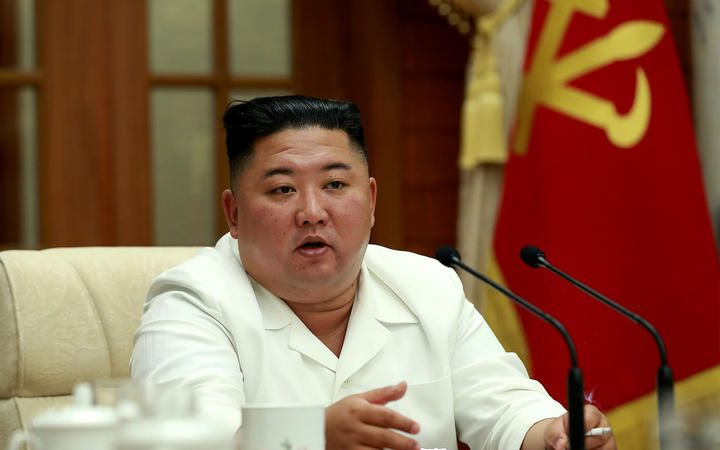 The rare message came as Moon faced intense political fallout over the incident, which coincided with a renewed push for policy to engage Pyongyang.

The letter cited North Korean leader Kim Jong Un as saying he was "sorry" that the incident disappointed the South Korean public and should not have happened, Moon's security adviser Suh Hoon said.

The soldiers fired more than 10 shots at the man, a South Korean fisheries official who went missing this week, after he did not reveal his identity and tried to flee, Suh said, citing the letter.

But the letter said they burned a floatation device he was using, according to their anti-virus manuals, and not his body.

"The troops could not locate the unidentified trespasser during a search after firing the shots, and burned the device under national emergency disease prevention measures," Suh told a briefing, referring to the letter.

The shooting shocked many South Koreans and triggered a fierce backlash from opposition lawmakers, prompting Moon to issue an unusually stringent response calling it "unpardonable."

In 2008, North Korean troops shot to death a South Korean tourist who strolled into an off-limits area while staying at a North Korean resort complex, resulting in a halt of inter-Korean tourism projects. Moon has pledged to reopen the tour programmes.

The military announced the fishery official's death a day after Moon proposed a new regional disease control and health initiative including North Korea to cope with crises like the coronavirus and strained ties with Pyongyang.

Moon and Kim have recently exchanged letters to share hopes to rebuild relations after tackling the coronavirus, Suh said.