Kremlin critic Alexei Navalny has been discharged from the hospital in Berlin where he has been treated after falling ill on a domestic flight in Siberia last month. 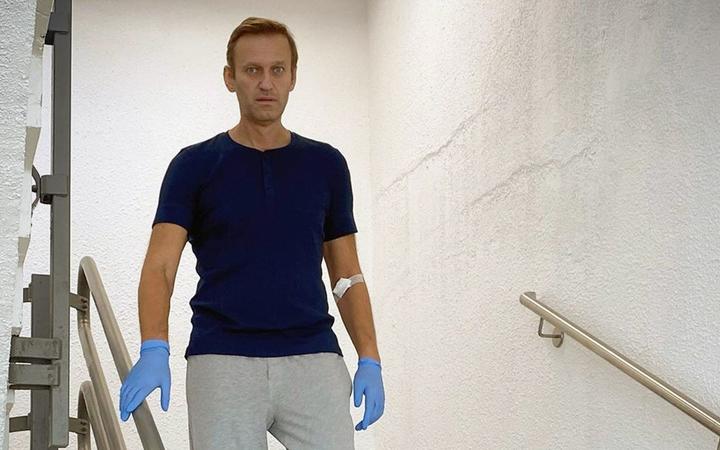 Alexei Navalny is shown soon after it was announced he was no longer in a coma at the Charité hospital in Berlin. Photo: AFP /Instagram @Navalny

The Charité Hospital said it was ending acute medical care because his condition had sufficiently improved.

Navalny posted a picture of himself on social media standing unaided with a message saying doctors had given him every chance of a full recovery.

Germany says Navalny, a critic of President Vladimir Putin, was poisoned with a Novichok nerve agent.

He collapsed on a flight from Siberia on 20 August, and was transferred to the Charité hospital in the German capital.

His team alleges he was poisoned on the orders of President Putin. The Kremlin denies any involvement.

A statement from the hospital said that 44-year-old Navalny had spent 32 days there, including 24 days in intensive care.

"Based on the patient's progress and current condition, the treating physicians believe that complete recovery is possible. However, it remains too early to gauge the potential long-term effects of his severe poisoning," it said. 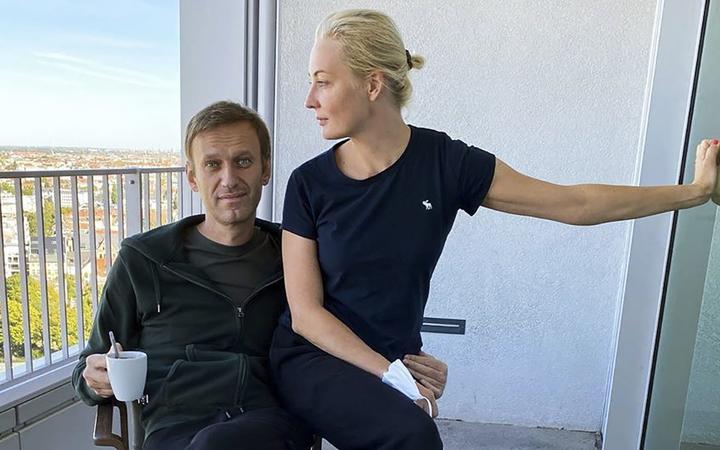 Earlier this month the hospital revealed that Navalny had begun to recover, saying that he had been removed from a ventilator and could leave his bed.

At the time, the German government said that laboratories in France and Sweden had reconfirmed German tests showing that the poison used on Navalny was a Novichok agent.

The Kremlin has said there is no proof of that.

In an Instagram post today, Navalny rubbished suggestions - purportedly from President Putin - that he had poisoned himself.

French newspaper Le Monde reported that in a telephone call with President Emmanuel Macron on 14 September, Putin had spoken "with contempt about Alexei Navalny, considering him a simple internet troublemaker who had simulated diseases in the past".

"Putin has outsmarted me," Navalny wrote on Instagram, mocking the Russian president. "He is nobody's fool. As a result, I, like a fool, spent 18 days in a coma but failed to achieve what I wanted. The provocation has failed!"

Meanwhile, France's foreign ministry said it was reviewing a request from Russia's prosecutor general to help in the case relating to the poisoning of Navalny.

"We have received a request from Russia. It is under examination," Foreign Ministry spokeswoman Agnes von der Mühll told reporters in a daily briefing.

"The priority remains for Russia to shed light on the circumstances and responsibilities behind the assassination attempt that took place on its territory against a member of the Russian political opposition using a nerve agent."