A prominent Nepalese mountaineer, who became the first person in the world to climb Mount Everest 10 times without bottled oxygen, has died aged 72. 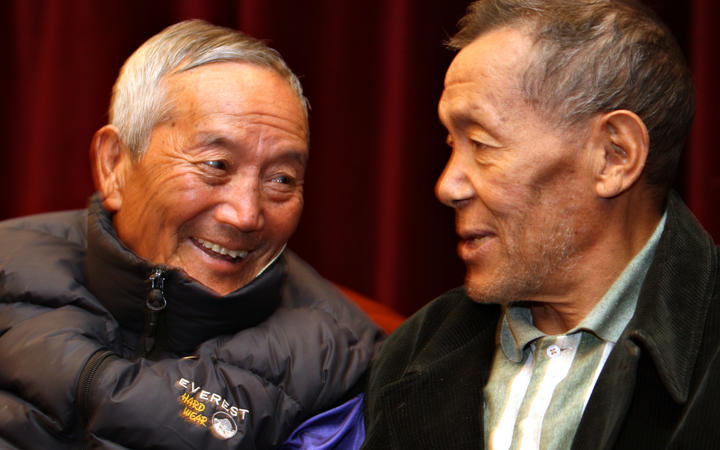 Ang Rita Sherpa, popularly known as the Snow Leopard, first reached the summit of the world's tallest mountain in 1983.

His family said he died in the capital Kathmandu on Monday. He had brain and liver ailments.

His death was described as a major loss to Nepal and its climbing community.

In 2017, the Guinness World Records recognised Ang Rita as the only person in the world to have climbed Mount Everest 10 times without bottled oxygen, between 1983 and 1996. The record still stands.

He also achieved the first winter climb of the 8,848m mountain without supplementary oxygen in 1987.

His skill at climbing earned him the nickname Snow Leopard.

Rita also worked on conservation projects to protect the Himalayan environment and biodiversity.

Fellow climbers paid tribute to him following news of his death on Monday.

"He was as active as snow leopards on the mountains and it was unique," Ang Teshring Sherpa, Nepal's veteran mountaineer and former president of Nepal Mountaineering Association told the BBC.

"That was why the mountaineering fraternity decided to accord him with this title [of Snow Leopard] as an honour."

Mountaineers said Rita was an inspiration for climbers and Nepal's climbing training courses have also drawn from his experiences and skills.

Nepal's tourism department said his contribution to mountaineering would "always be remembered".

His body has been moved to a monastery in Kathmandu and he will be cremated later this week, reports say.

Descended from Tibetan heritage, the Sherpa community are an ethnic group, indigenous to the Himalayan region. But for many outside Nepal, the word "Sherpa" has become synonymous with those working as mountain guides.

Thousands of people have climbed to the peak of Mount Everest, but doing so without oxygen remains rare.