By Mario Christodoulou and Geoff Thompson for the ABC's Background Briefing

It's difficult, with certainty, to pinpoint exactly when Jack's career as a money launderer began, but around December 2012 stands out. 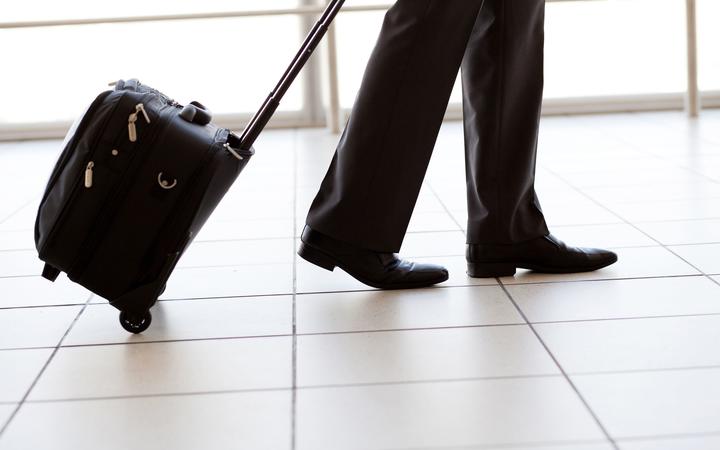 That month he had moved into an apartment in Sydney's north-west. It was virtually unfurnished except for a simple chair. And one day he sat on it and it shattered.

"I am not very heavy, but that chair crumbled when I sat on it," he says.

That broken chair began a sequence of events that almost landed Jack in jail. It also led to a job as a cash smuggler involving one of the country's biggest banks and a prominent Sydney money-exchange shop.

That same money-exchange shop also appeared this week in a leak of thousands of top-secret suspicious activity reports known as SARS.

About $2.7 trillion in suspicious transactions feature in the leak, including hundreds involving Australian banks.

Back in December 2012, Jack was struggling to scrape together enough money to pay for his chair.

When his landlady refused to cough up, Jack turned to an online buy-and-sell website popular in the Chinese community.

As he scrolled through the chair listings, something else caught his eye - a job advertisement.

"The advertisement was saying, 'Looking for office assistant to do simple office maintenance, pay you cash,'" he says.

Shortly after, at an office in Sydney's World Square, he met his prospective boss - a balding, middle-aged man in sandals who spoke with a heavy Cantonese accent. His name was William Cai.

Jack was hired and at first the job was pretty laid back.

When he wasn't photocopying or vacuuming, Jack passed the time playing on his phone.

That is until one day, in March 2013, when he was given a new assignment.

"William asked me to deposit money for him. I remember I went to the office and he had bags of cash," he says.

Money-laundering experts say what Jack was doing was a textbook money-laundering technique and it should have made the banks he was visiting suspicious. Banks are required to ask questions about the source of funds in high-risk transactions.

Instead, Jack said, the banks treated the whole thing as a big joke.

"Not only I did not get asked any questions, I remember at NAB there was a guy working behind the counter, chatting to me [saying], 'Wow, that's a lot of money, congratulations.'"

NAB told the ABC it took its anti-money-laundering obligations extremely seriously and worked with law enforcement to identify and report suspicious transactions.

Jack was also escorted by his boss, Cai, to money-exchange businesses known as money remitters.

These businesses are popular among international students and migrant communities as a cheap way to send money back home.

But they also have an attribute that makes them popular with criminals - speed.

Criminals need to move money out of a jurisdiction as quickly as possible, so speed is the key to money laundering.

The longer it takes, the more opportunity police have to freeze an account and restrain funds.

Detective Acting Superintendent Daniel Burnicle was head of the Australian Federal Police's (AFP) money-laundering unit in Sydney at the time Jack was working for Cai and depositing bags of cash.

"Money remitters are able to move cash out of Australia in a matter of hours as opposed to days compared with a bank," he says.

And Jack was using a particular money remitter, SuperForex, and a particular bank, Westpac, that had both previously been involved in one of the biggest cash seizures in the AFP's history.

Two years before Jack walked into the Westpac Haymarket branch laden with bags of cash, there was another curious customer doing the same thing.

But instead of shopping bags, a woman was rolling suitcases full of cash into that same Westpac branch and depositing it into a SuperForex account.

There were so many suitcases, they began to pile up and become a bit of a nuisance inside Westpac Haymarket.

"There was a small storage area at the back of the bank which was … full of the bags and the bank staff indicated to me that they were happy for us to take the bags to free up the space," says Acting Superintendent Burnicle, who was involved in the case.

According to the AFP, at the time about $80 million in cash was transferred out of the country by this method and never recovered. Westpac never stopped the transactions.

Court documents later showed SuperForex misled Westpac staff, stating the depositor was an employee. Despite the revelation, Westpac continued to bank for SuperForex.

Acting Superintendent Burnicle traced the money to a house in Sydney's inner-west suburb of Croyden Park, where the AFP found a further $5 million in cash.

The house was stuffed full of cash - it was in cardboard boxes, in shopping bags, in backpacks, under the bed.

"The ensuite was so tight that you wouldn't be able to sit on the toilet properly without having to rest on the [cash] boxes," recalls Acting Superintendent Burnicle.

SuperForex is a money remitter. It has offices across Sydney and specialises in helping immigrants send money overseas.

In October 2015, four years after the cash was found in Croydon Park, SuperForex was still ringing money-laundering alarm bells.

But this time it was in New York and referred to in a leak of US Treasury bureau FinCEN's suspicious activity reports.

These reports are used by banks to report suspicious money flows to authorities.

They are not themselves proof of illegal activity, but indicators of dubious money transfers.

In October 2015, an analyst from The Bank Of New York Mellon noticed more than $20 million was heading for SuperForex's account in China.

The transactions were flagged as suspicious because the money was travelling between shell companies, and the analyst was worried they were being used to hide the identities of the true recipients.

SuperForex did not answer specific questions about these incidents but did say it had improved and upgraded its anti-money-laundering systems over the past five years.

Its deputy chief executive of intelligence, Chris Collette, told the ABC Australia's anti-money-laundering system relied on banks and other financial institutions being on their guard. 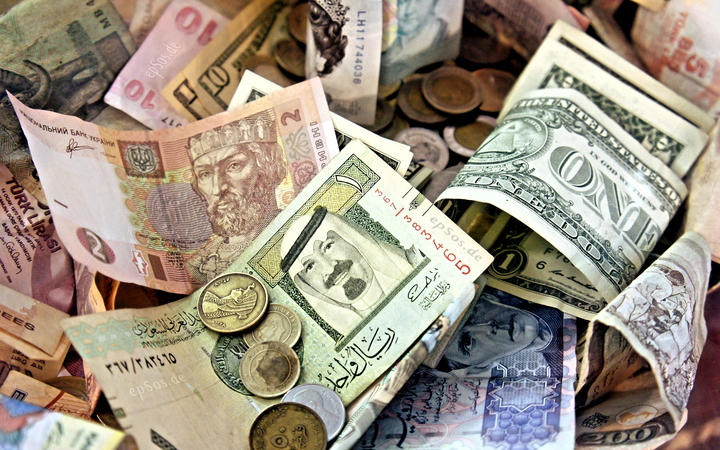 Photo: By epSos.de [CC BY 2.0 (http://creativecommons.org/licenses/by/2.0)], via Wikimedia Commons

If criminals try to transfer illegal money overseas, the odds are overwhelmingly on their side -an estimated 99 per cent of all criminal transfers are successful.

Banks and other financial institutions are required to report suspicious transactions and often do.

But they continue to do business with their suspicious customers, even when the criminality is staring them in the face.

The AFP's Acting Superintendent Burnicle says banks need to think hard about the transactions they are waving through.

"It's very easy to tick the boxes of your anti-money-laundering programs, but you need to start looking deeper in terms of the transactions that are taking place and whether further enquiries need to be made before you allow them to go forward or go through," he says.

"I think banks make commercial decisions as to whether they allow transactions to go through and I think that the Australian community probably expects more."

Westpac said it was not able to discuss the specifics of the SuperForex cases for legal reasons.

But a spokesman said over the past 12 months the bank had employed an additional 200 people to enhance its financial-crime program and made substantial investments to detect and stop suspicious transactions.

'I knew I had done something stupid'

That afternoon he was hanging out the washing when he was approached by two men. At first, he thought they were delivering a parcel.

"My first reaction was, 'How come they do deliveries at this time?' And then they told me they were from federal police and asked me to come to the Goulburn Street police station," he says.

Jack was told he was now a suspect in a money-laundering investigation.

The AFP became suspicious when Jack's boss, Cai, had posed as an employee of several money-remitting agencies.

"I had that feeling where you know you did something stupid but you have no-one to blame but yourself," he says.

During the interview, his old boss called him.

Jack made a statement to the federal police, which ended up helping to put his old boss, Cai, whose real name was Jun Yu Huang, away for five years.

This week's release of suspicious activity reports is full of people like Jack, who use mainstream banks to help criminals across the world.

They often do not realise that what they are doing is suspicious, however the banks they use often do, but permit the transaction regardless.

Acting Superintendent Burnicle says it is wrong to think of money laundering as a victimless crime, and that banks should be thinking hard about the transactions they allow to pass through their systems.

"People should care about money laundering because it means that people are able to continue criminal activity," he says.

"An organised crime group in Australia is only as good as its ability to launder money."