The UK is "now seeing a second wave" of Covid-19, Prime Minister Boris Johnson has said, adding, "it's been inevitable we'd see it in this country." 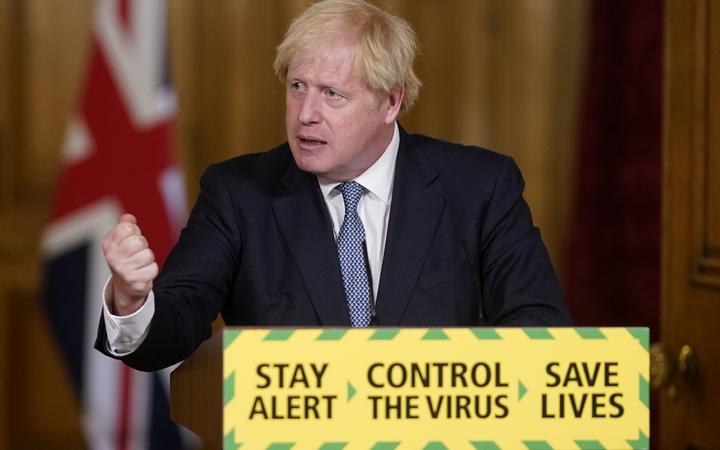 Johnson said he did not "want to go into bigger lockdown measures" but that tighter social distancing restrictions might be necessary.

It is understood a new three-tiered set of restrictions is being considered.

The plan would aim to avoid a national lockdown but could stop household-to-household contact.

The first tier would be the level of measures currently in place in most parts of England now - with social distancing the key aspect.

The second tier would involve what is currently being imposed in the North East - curfews on hospitality venues and a ban on meetings between households.

It is thought it is likely "tier two" may come in place across the UK - albeit framed on a region-by-region basis rather than as a "national curfew".

An account of a meeting at which the measures were discussed has been shared with the BBC. It explained the government's shielding policy was also "being actively reviewed" and a decision could come soon on further measures to protect the vulnerable.

Any further shielding decisions are expected to take a much more tailored approach than before.

With the virus expected to be more severe over the winter, officials are looking at bringing in measures that could last until the spring.

Earlier, BBC political editor Laura Kuenssberg said the government was considering a short period of tighter rules across England that could be announced in the next week, which could involve closing hospitality venues.

'Difficult to keep this up'

It comes as the UK has recorded another 4,322 confirmed Covid-19 cases.

"Clearly when you look at what is happening, you've got wonder whether we need to go further than the rule of six that we brought in," the Bristish PM said, referring to measures introduced on Monday.

He added that "the British people have done an amazing job - they've brought that peak down by discipline" but that "people find it difficult to keep this up, it's difficult to maintain that discipline for a long time".

Speaking in Oxfordshire, Johnson continued: "As we look at this particular curve and what is happening now, clearly we are going to keep everything under review. I don't want to get into a second national lockdown at all, it is the last thing anybody wants.

"I don't want to go into bigger lockdown measures at all, we want to keep schools open and it is fantastic the schools have gone back in the way they have. We want to keep the economy open as far as we possibly can, we want to keep businesses going.

"The only way we can do that is, obviously, if people follow the guidance."

The government has also been considering what it called a "circuit-break" approach, which could involve re-introducing restrictions in public spaces for a period of a few weeks to suppress the spread of the virus. Schools and workplaces would stay open.

Ideas suggested by the government's Scientific Advisory Group for Emergencies (Sage) included closing some parts of the hospitality sector.

Meanwhile, new measures to curb the spread of the virus have been introduced across parts of the North West, Midlands and West Yorkshire.

This includes Lancashire (excluding Blackpool), Merseyside and the Cheshire boroughs of Warrington and Halton.

New restrictions are also being put in place in Wolverhampton, Oadby and Wigston in Leicestershire, and all parts of Bradford, Kirklees and Calderdale.

Some areas of West Yorkshire had already been subject to restrictions implemented at the start of August but they were eased. They are now subject to these new rules.

In total, nearly 4.7 million people will be affected by the new restrictions, which ban separate households from meeting each other at home or in private gardens.