At least 31 people have been killed by wildfires that are sweeping through US West Coast states, officials say. 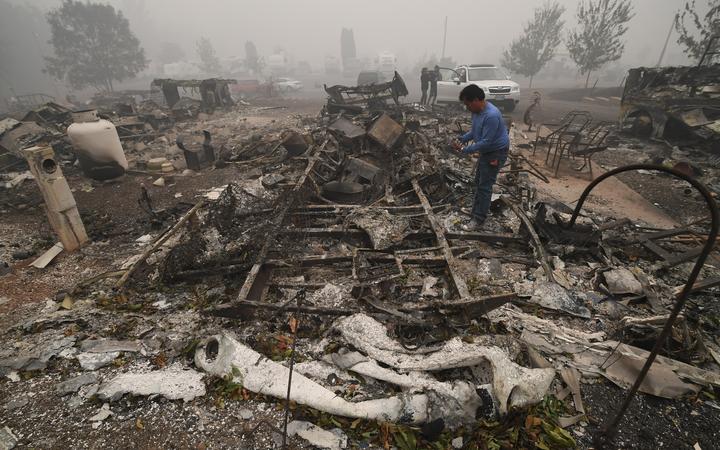 Dozens of people are missing in Oregon alone, with one emergency official saying the state should be preparing for a "mass fatality incident".

Fires have been raging in Oregon, California and Washington for three weeks, burning millions of acres of land and destroying thousands of homes.

Tens of thousands of people have been forced to flee their homes.

Trump, who is due to visit California on Monday to be briefed on the latest situation, on Saturday (local time) blamed the wildfires on poor forest management. 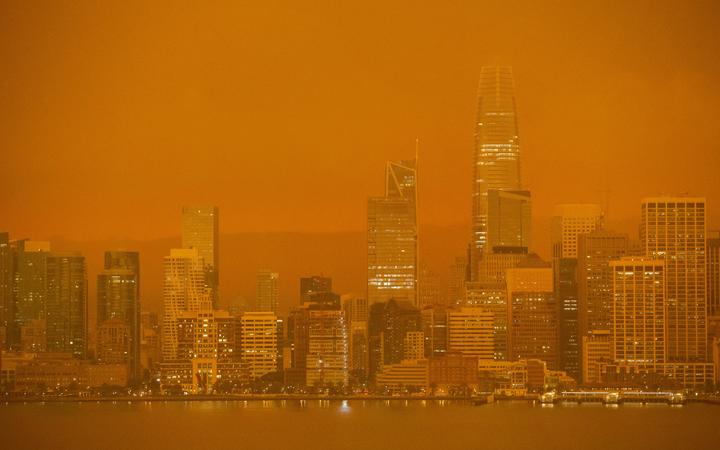 The San Francisco skyline is obscured in orange smoke and haze as their seen from Treasure Island in San Francisco, California on 9 September, 2020. Photo: AFP / Brittany Hosea-Small

The fires have now scorched an area of land the size of New Jersey, officials say.

The smoke pollution from the wildfires has left Oregon's largest city, Portland, with the worst air quality in the world, followed by San Francisco and Seattle, according to IQAir.com.

What is happening in Oregon and Washington?

In Oregon, where firefighters are battling 16 large blazes, 40,000 people are under mandatory evacuation orders.

Oregon's Office of Emergency Management (OEM) said the fires had killed six people, but officials warn the final death toll could be much higher.

Governor Kate Brown on Friday (local time) implored householders to stay out of the fire zones despite reports of looting.

"Let me assure you that we have the Oregon National Guard and Oregon State Police monitoring the situation and preventing looting," she said.

Beatriz Gomez Bolanos, 41, told Reuters news agency of her family's frightening drive to safety through fires burning on both sides of their car. She told her four children to close their eyes as they made their escape.

"Everything is gone. We have to start again from nothing, but we are alive," she told the news agency.

At least one blaze in Oregon - the Almeda Fire, one of the most destructive in the state - is being treated as suspected arson.

In Washington State, firefighters are tackling 15 large fires. A one-year-old boy died earlier this week as his family tried to escape a blaze. His parents remain in critical condition.

What is the latest in California?

Governor Newsom, a Democrat, spoke on Friday as he inspected damage from the North Complex Fire, near Oroville in Northern California.

"The debate is over, around climate change," Newsom told reporters. "This is a climate damn emergency. This is real and it's happening." 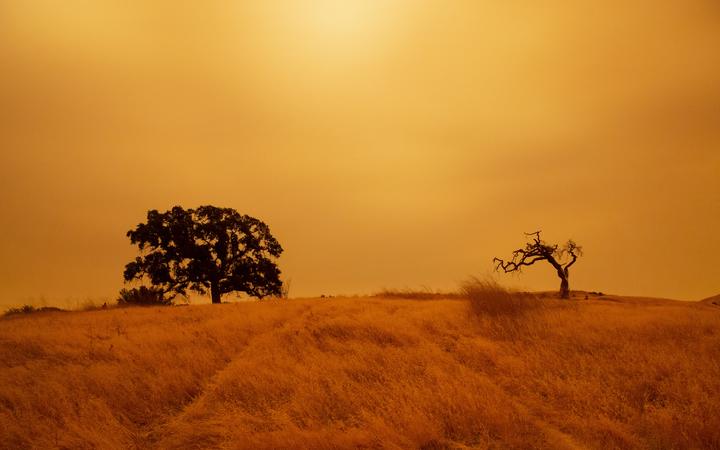 He acknowledged failings in forest management in recent decades, but added: "That's one point, but it's not the point."

Highlighting the state's effort to combat climate change, he said the record heat waves and unprecedented fires were the sort of problems long forecast by scientists.

President Trump, a climate sceptic, has stressed poor fire-control measures as the main cause of the latest blazes.

"You've got to clean your forests - there are many, many years of leaves and broken trees and they're... so flammable," he told a rally last month.

The North Complex Fire, which has been burning since 18 August, is among the deadliest in history. Ten bodies have been found so far and another 16 people are missing.

California has seen at least 20 deaths in total from fires since 15 August. Tens of thousands of people are under evacuation orders as 14,800 firefighters continue to combat 28 major fires in the state.