The boss of mining giant Rio Tinto will resign from the company "by mutual agreement" following the destruction of some of Australia's oldest heritage sites by the company this year. 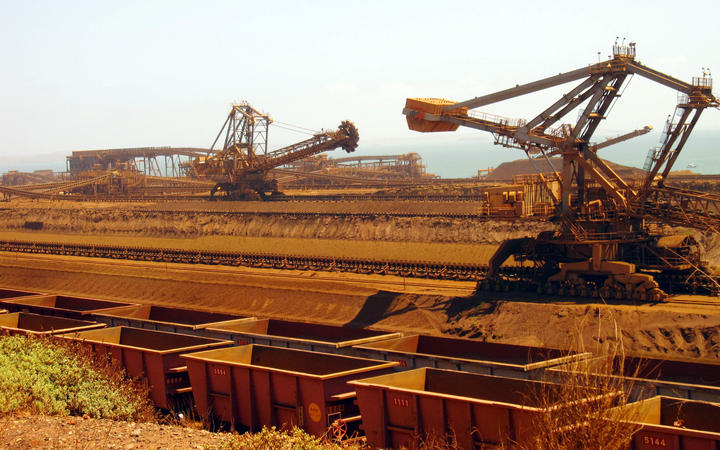 Chief executive Jean-Sebastien Jacques will be followed out the door by two other executives; the company's head of iron ore Chris Salisbury and head of corporate relations Simone Niven have also stepped down and will leave by the end of the year, following handover periods with their replacements.

Jacques, who has been CEO for more than four years, will stay at the company until 31 March next year or until his successor is appointed, which Rio Tinto said is to "ensure business continuity".

The company gained access to an estimated Aus $135 million (NZ $147M) worth of high-grade iron when it detonated the explosives in May, near the culturally significant Aboriginal rock shelters in the Juukan Gorge, north west of Pilbara.

There is evidence of people living at the cave sites more than 46,000 years ago.

The destruction was legal under Western Australia's Aboriginal Heritage Act, which is currently being reformed.

Rio Tinto has been under intense pressure to sack the three executives following the miner's decision to destroy ancient Aboriginal heritage sites in the Juukan Gorge in Western Australia in May.

The company has also been criticised this year for its involvement in hazardous waste abandoned in the small Southland town of Mataura, and plans to close its Tiwai Point aluminium smelter, as well as environmental damage caused by mining in Papua New Guinea.

"What happened at Juukan was wrong and we are determined to ensure that the destruction of a heritage site of such exceptional archaeological and cultural significance never occurs again at a Rio Tinto operation," Rio chairman Simon Thompson said in a statement.

"We are also determined to regain the trust of the Puutu Kunti Kurrama and Pinikura people and other Traditional Owners."

Thompson acknowledged that shareholder concerns played a significant role in the eventual decision to part ways with the three executives who were seen as directly accountable for the Juukan Gorge blasting.

"We have listened to our stakeholders' concerns that a lack of individual accountability undermines the group's ability to rebuild that trust and to move forward to implement the changes identified in the board review."

In August it was announced Jacques would lost Aus $4.9M (NZ$5.35M) in bonuses after a review by the company's own board found the destruction of the site fell short of it's own internal standards.

It found the decision to go ahead stemmed from poor decision-making and flaws in engagement with Indigenous people, systems and data sharing.

"Rio has suffered significant reputational damage here and investors believe something has failed within the company," he said today.

The Australian Council of Superannuation Investors (ACSI) welcomed the departure of the three executives, describing the process as "drawn out", but praising the miner for listening to stakeholders.

"Rio Tinto must prioritise working with traditional owners, the Puutu Kunti Kurrama and Pinikura people, to rebuild their relationship.

"It is critical that this is not delayed."

How have Aboriginal leaders responded to the departures

National Native Title Council (NNTC) welcomed the dismissal of the three executives, but said this was only the first step.

"I think we are all in agreeance that the initial measures doled out by the Rio board in cutting executive bonuses did not go far enough," the NNTC chief executive Jamie Lowe said.

"Several million dollars in lost income is a drop in the ocean for these individuals, whose governance failings and calculated decisions robbed Australia and Traditional Owners of a world heritage-significant site."

The NNTC has also called for an "open, transparent and independent review into Rio's processes and company culture to prevent an incident like the Juukan Gorge destruction from happening again.

Rio's share price fell in this morning's trading, on the Australian stock market.